Orlando public feeding issue back in court, has cost taxpayers $150,000 so far

After five years of protracted legal wrangling and back-and-forth rulings over an Orlando city public feeding ordinance, which restricts the sharing of food with groups of 25 or more within a two-mile radius of city hall, the 11th Circuit Court of Appeal on Tuesday heard arguments in a rare rehearing of a case that has so far cost Orlando taxpayers nearly $150,000 in legal fees.
0
Shares
0
0
0
0

After five years of protracted legal wrangling and back-and-forth rulings over an Orlando city “public feeding” ordinance, which restricts the sharing of food with groups of 25 or more within a two-mile radius of city hall, the 11th Circuit Court of Appeal on Tuesday heard arguments in a rare rehearing of a case that has so far cost Orlando taxpayers nearly $150,000 in legal fees.

The plaintiffs in the case are Orlando’s chapter of Food Not Bombs, an international anti-poverty activist group that provides vegetarian meals to the homeless twice a week in downtown Lake Eola Park, and the First Vagabonds Church of God, whose congregation is made up of mostly homeless individuals.

Both groups, who are represented by the American Civil Liberties Union, sued the city for infringing on their First Amendment rights to free speech. Atlanta’s 11th Circuit Court of Appeal agreed to throw out the original ruling made by a three-person panel and allowed attorneys to present their arguments before the full court, with no witnesses or jury. The issue now hinges on one central question: whether or not feeding the homeless in a public park is “expressive speech” and as such protected by the Constitution.

In September, ACLU attorney Glenn Katon explained the rationale for the lawsuit in an interview with The Florida Independent:

That [ordinance] went into effect in August of 2006, and we challenged it right away, filing the lawsuit in federal district court, and inserted six different legal claims as to why the ordinance should be invalidated. After lots of procedural wrangling, we went to trial in May of 2008, before Judge Presnell in Orlando, and several months later got a ruling in our favor on a couple of the claims that invalidated the ordinance.

The claims that we won on were that the ordinance is unconstitutional restriction on freedom of speech, because some of the plaintiffs were going out of their way to do these events in the main park in downtown Orlando and be very visible to raise awareness in the community of the problems of homelessness and hunger. So the judge said that was a speech activity, and that the ordinance unconstitutionally restricted it. The other claim we won on was for the other set of plaintiffs, which was a church for the homeless, where the court said there’s no rational basis for this ordinance, so therefore it restricts the free exercise of religion of the church.

Concerns have also been raised over the sheer cost of the legal battle against groups who seek to provide food to those in need, volunteering their time to combat a situation poised to only get worse as jobless numbers continue rising, unemployment benefits dry up and more individuals find themselves in the margins of society.

Noted on the front page of the Food Not Bombs website, alongside a quote by Dr. Martin Luther King, Jr., is the following:

Food Not Bombs shares free vegan and vegetarian meals with the hungry in over 1,000 cities around the world to protest war, poverty and the destruction of the environment. With over a billion people going hungry each day how can we spend another dollar on war?

As reported by Central Florida’s WFTV:

“The issue is whether or not Food Not Bombs can share food with hungry or homeless people in public spaces, like this park, in order to convey a message to the community,” Food Not Bombs attorney Jacqueline Dowd told WFTV.

But the city has argued that any group needs a permit to serve food downtown, and they only issue two permits a year.

Food Not Bombs argues those permits infringe on their rights, making it a First Amendment food fight with your tax money.

Over the last six years, the city of Orlando has shelled out at least $148,000 to fight the issue. Homeless groups say that is an awful lot of bread.

The city says that’s still cheaper than the $234,000 they’d have to pay if they lost the case and had to pay Food Not Bombs’ legal fees. The city also says Food Not Bombs can go outside the two-mile radius of the ordinance and feed until their hearts content.

Some view the move by the Orlando City Council to restrict group feedings in the downtown area as an attempt to conceal the problems of homelessness and hunger. Ben Markeson of Orlando Food Not Bombs told the Independent:

“They’re trying to get rid of homeless people, and trying to stop groups from sharing food with them,” Markeson says, “because they think it hinders business and growth and redevelopment, so they’re basically putting profits ahead of people.”

He says the city offered a fenced parking lot behind the Orlando Utility Commission building for groups wanting to feed the homeless, but likened the area — which has no running water and barbed-wire-tipped fencing, and requires a city worker to unlock a gate for entry — to an apartheid scenario.

“Basically what they are trying to do is stage an apartheid-like system in downtown Orlando based on socio-economic status,” he says. “I think that homeless people deserve access to the same public amenities, such as parks, as people who are more affluent. So I oppose the city’s attempt to institute discrimination and second-class citizenship against the homeless. We don’t use a dime of public money, and we don’t want anything from the city of Orlando except for them to stop trying to hinder us in sharing food with homeless people.”

City attorneys argued Tuesday that routine group feedings raised issues of safety and sanitation, and put a strain on city resources, while Dowd claimed that the city had not presented any evidence that the law protected the interest of the park, which she noted the homeless should have equal rights to access. She also argued that the feedings might actually help to deter crime.

Via the Orlando Weekly:

Despite the city’s contention that the ordinance “applies equally to everyone, wealthy mansion-dwellers and homeless alike,” local activist Ben Markeson, who participates in the weekly sharings, disagrees, arguing that the true aim of the ordinance is to expel the homeless from downtown. “I seriously doubt that the city would swoop down to arrest the preschool teacher for handing out sandwiches to more than 25 kids,” he says.

In the concluding remarks of the brief, Dowd echoes Markeson’s charge: “[T]he city seeks to exclude people it views as unsafe, unsanitary and displeasing based on generalized, unsubstantiated prejudices and fears rather than on any legitimate government interest.”

A ruling in the case is not expected for several months, yet given the rarity of the rehearing, homeless advocates are optimistic.  While the verdict can be appealed, the Supreme Court only hears about 1 percent of requested cases, and as such, the Appeals Court decision will likely be final. 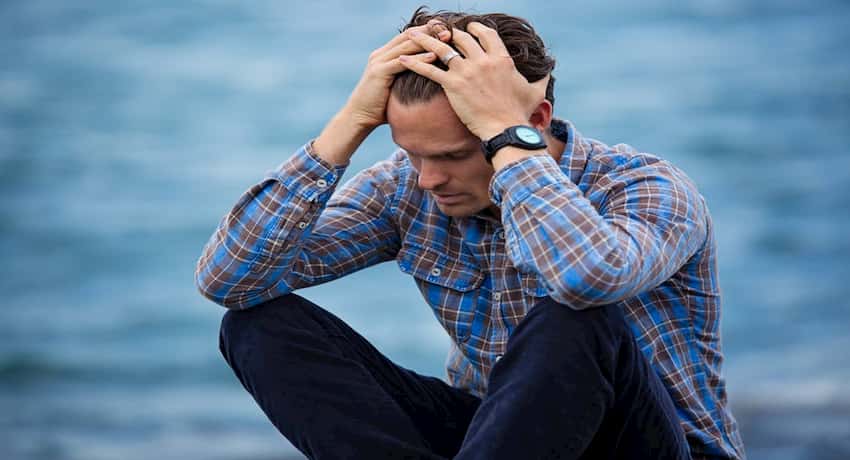 Read More
Table of Contents Hide Breath In, And Breath OutHow To Prevent Anxiety Attacks In BedChoose Natural Prevention MethodsIntroduce…
OOldPolitics
A study by the Kaiser Family Foundation suggests that health care reform could be a bargain for states,…