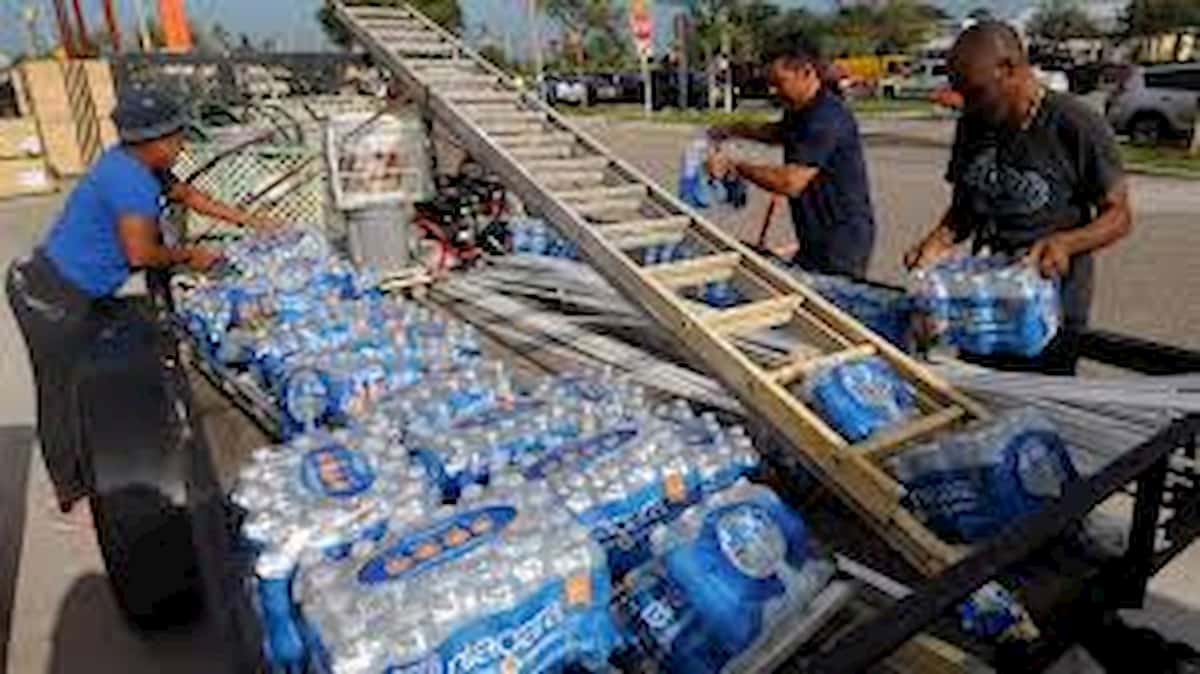 While intense community organizing and outreach effectively curbed the ability of private entities to withdraw water from the Wacissa River, a state bill filed last month would move to further protect an already strained Florida aquifer from corporate interests.
0
Shares
0
0
0
0

While intense community organizing and outreach effectively curbed the ability of private entities to withdraw water from the Wacissa River, a state bill filed last month would move to further protect an already strained Florida aquifer from corporate interests.

The measure, proposed by state Sen. Evelyn Lynn, R-Daytona Beach, would establish a decade-long moratorium throughout the state on all new permits for commercial water extraction.

“We are constantly being told how we must conserve water, that water management districts’ main focus must be conserving water, which means that we cannot water our lawns, we can’t do this and we can’t do that,” Lynn says. “And that is all happening at the same time that the cost of water that we pay to our cities and counties is going up constantly. So if that is all true, and that is all happening and we know it, then there is something contradictory about allowing companies to come in and start extracting our water and selling it for a profit.”

Just one day before Jefferson County approved its landmark Aquifer Protection Ordinance, Lynn introduced Senate Bill 216, the Moratorium on Permits/Consumptive Use of Water for Commercial Profit. A first of its kind in the nation, the legislation seeks to address what Lynn describes as mixed messages from the state’s water management districts, which issue dire warnings of water shortages for the public while simultaneously approving permits to private entities that allow the extraction of millions of gallons from the Florida aquifer every day.

Lynn says she regularly hears from constituents about water issues; many of the counties she represents have been warned for years that it will be necessary for them to find alternative sources for water.

Lynn says her bill would stop cities, counties and water management district from being pressured into approving permits.

Tommy Thompson, a founding member of Friends of the Wacissa and a history teacher at Deer Lake Middle School in Tallahassee, says that despite the low probability of Lynn’s bill surviving the legislative session, he is confident such measures are incremental steps toward substantive change to the relationship between the state and bottled water.

“Drinking bottled water I hope one day will be looked upon like smoking in a restaurant.”

“I’ve written Sen. Lynn and put myself at her disposal,” Thompson says, “but considering the political climate in Florida right now I can’t imagine that bill going forward. What is really important is one step at a time, because when people read in the newspaper about this 10-year moratorium, it puts this in their consciousness. Though I think that the bill will be defeated, the bigger effort will be won later when we get people to quit buying bottled water and use public facilities to make our water palatable for everybody.”

“Drinking bottled water I hope one day will be looked upon like smoking in a restaurant,” says Thompson.

In addition to seeking a moratorium on consumptive use permits, Lynn has filed legislation designed to implement a surcharge on bottled water purchased in containers smaller than one gallon. She insists S.B. 118 is not designed to hinder the sale of packaged water products, but to provide a source of funding for environmental cleanup in a climate of steep budget cuts and shifting priorities.

“This is not to stop us from buying bottled water; it’s simply to say that those bottles are causing all kinds of damage to the foliage, the fauna, the fish and wildlife,” Lynn says.

“I’m not an extreme environmentalist,” Lynn continues, “but there’s been no money to clean up the springs, no money to clean up the St. Johns River, and that is the river we’re being told to use for drinking water. The St. Johns is in desperate need of cleanup. This surcharge would be a way of providing dollars for environmental cleanup, and we’re not funding it in any other way.”

“Here in the U.S. we’re so lucky,” says Kristin Urquiza, director of the Think Outside the Bottle campaign at Corporate Accountability International.  “We have near universal access to clean, safe drinking water through the establishment of our public water systems, but unfortunately we’re moving backwards, we’re not prioritizing reinvesting in those systems. We have a $23 billion annual funding gap between what our water systems get and what they need. Corporations like Nestlé are actually staking their future business practices on the failure of our public water system.”

Urquiza describes a leaked presentation made in Geneva last year by Nestlé Waters North America CEO Kim Jeffery, who described a situation in which public water systems are in decline and expected to fail within the next 50 years. Nestlé is positioning itself to profit from such a scenario.

“Sen. Lynn is leading the way with this particular moratorium,” says Urquiza. “We’ve seen a couple of examples of legislators thinking about passing through legislation ending spending on bottled water, but as far as being out there on the front lines, it has really been individuals fighting tooth and nail.”

OOldPolitics
Kaiser Health News and The Washington Post report that the pressure is growing on the federal government to create health insurance exchanges for states falling behind in implementing the federal mandate, as well as states that are flat-out refusing to create exchanges — such as Florida.
OOldPolitics
Only months after a massive redfish kill hit the St. Johns River, more dead fish are popping up in the water. The victims this time are sore-covered bait fish.