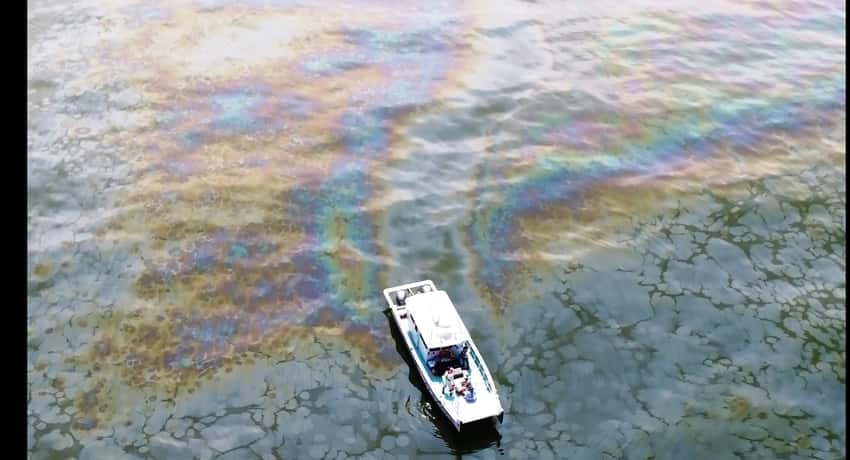 Hallmark Industrial Services, a company dogged by allegations of immigration and worker safety wrongdoing, had been working on oil spill cleanup operations in Florida, its CEO said in an interview with our sister site, The Michigan Messenger.

Phillip Hallmark said the company had operated in Panama City for a day before moving to Pensacola during the response to the Deepwater Horizon oil spill.

He also said the company was audited by Immigration and Customs Enforcement while working in Florida. “Nothing came of that, that I know of,” he told the Messenger, which was investigating the company’s labor practices.

This week, dozens of undocumented workers were arrested in Chambers County, Texas, on buses chartered by Hallmark. The local sheriff said they had come from Michigan, where they had been working on cleaning up an oil spill in the Kalamazoo River.

In an interview Thursday morning, Chambers County, Texas Sheriff Joe LaRive says the undocumented workers arrested in Winnie on Wednesday were waiting to meet Hallmark Industrial owner Phillip Hallmark in order to get paid for their work on the oil spill in Battle Creek.“The [charter bus] drivers were told to drive them to this small house in our little community,” LaRive said in a phone interview. “They were to meet Mr. Hallmark once they got there. Of course, he was nowhere around when we showed up.”

On the buses were legal and undocumented workers returning from work on the oil spill in Battle Creek. Authorities detained 59 men at a local park and determined that 42 of those men were undocumented. Those men were transferred to the custody of Immigration and Customs Enforcement and sent to a detention facility in Houston. Legal residents were released and allowed to collect their belonging from the buses, LaRive said.

A spokeswoman for Immigration and Customs Enforcement told The Florida Independent that the agency could neither confirm nor deny the existence of any ongoing investigation into Hallmark’s labor practices in Florida.

In a statement emailed today, BP says it “does not believe any employees of Hallmark assisted” in its cleanup efforts.

New SFWMD water conservation campaign: Will it change anything?

PPolitics
The National Republican Senatorial Committee announced Wednesday that it will spend $2.5 million in advertisements for former Florida…
PPolitics
Hassan Shibly of the Florida chapter of the Council on American-Islamic Relations (CAIR) has been disinvited by organizers of the upcoming Florida Tea Party Convention. While organizers say it was because CAIR “disrespected” one of its speakers, CAIR members say it was because an organizer was called out for trying to shut down an upcoming CAIR convention while he was reaching out to the group.