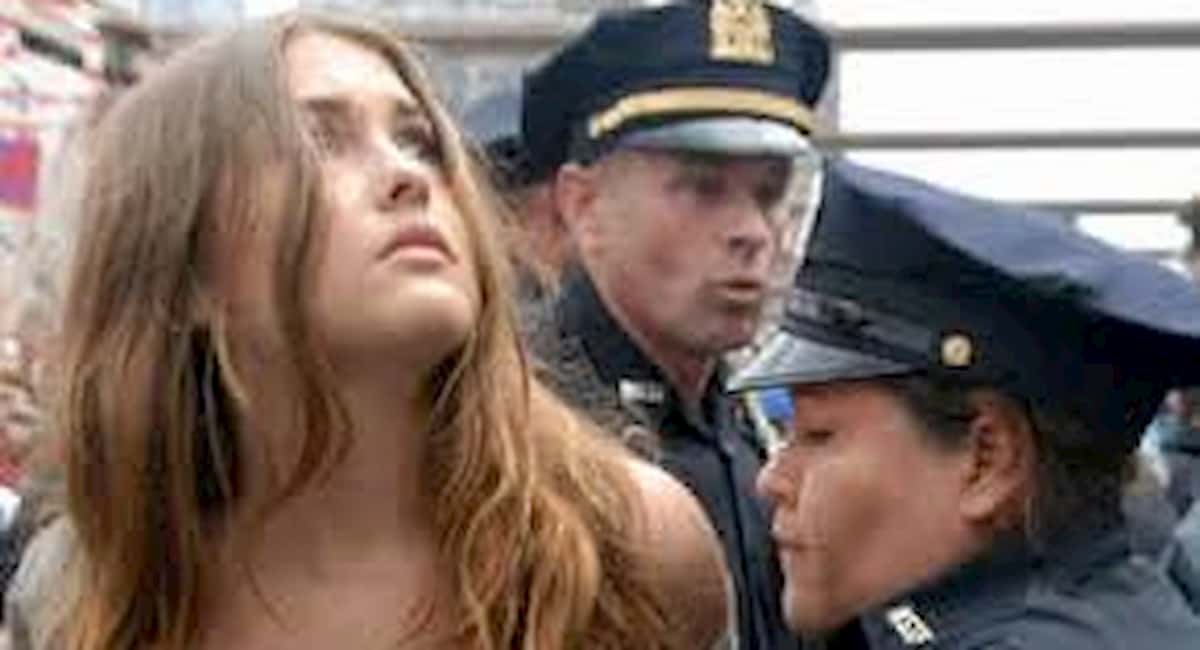 Three protesters from the Occupy movements of Palm Beach and Miami were arrested Monday evening after they blocked the Camino Real bridge in Boca Raton to protest the 2012 GAIM conference, a major investor industry event.
0
Shares
0
0
0
0

Three protesters from the Occupy movements of Palm Beach and Miami were arrested Monday evening after they blocked the Camino Real bridge in Boca Raton to protest the 2012 GAIM conference, a major investor industry event.

Kevin Young of Occupy Miami, who was arrested in Boca Raton on Monday, tells The Florida Independent “the conference is not for the everyday investor,” but is instead “for major multimillion investors[,] the 0.5 percent of super-elite wealthy individuals.”

“I feel it is important to bring attention to the policies of these meetings,” Young says.

“We need to have more people be aware that this conference is taking place,” Young adds. “We don’t actually know what decisions are made inside. The decisions that come out of these policies do affect all of us. Not too far from them people are being foreclosed on. That’s why we took the action. We knew it was drastic, but something drastic had to be done.”

According to the GAIM conference website, “each year 500 plus members of the industry, representing key decision makers at many of the most influential investment institutions in the world, gather to determine where the investment opportunity lies in the year ahead and gain timely updates on important changes impacting the investment industry.”

“A group of us went to the Boca Resort and Club because GAIM conference attendees were scheduled to have a cocktail party at the resort and we were hoping to get their attention, and let them know what we felt about what they are doing there, and several people took upon themselves to blockade the Camino Real bridge, and we blocked up traffic for a couple of hours,” Panagioti Tsolkas of Occupy Palm Beach tells the Independent.

“We wanted to make sure that while these people are making their decisions,” Tsolkas added, “it’s not business as usual outside. People go about their day having their houses foreclosed on, being incarcerated in private prisons, having the environment destroyed.”

Occupy Palm Beach writes that last year’s GAIM conference “attendee list of over 500 include[d] prominent banks and investors involved in funding of private prisons and home foreclosures. The current list of attendees remains a secret, but past attendees include representatives from BP, Goldman Sachs and Bank of America.”

The Florida Immigrant Coalition and Enlace will hold protest at the GAIM event Tuesday, “demanding financial institutions divest from for-profit prisons like” Corrections Corporation of America and The GEO Group. The Boca Raton protest is part of a national day of action in 13 other cities.

Enlace is an “alliance of low-wage worker centers, unions, and community organizations in Mexico and in the U.S.”

According to the Florida Immigrant Coalition,

some of the investment managers attending this Conference control over 51% of The Geo Group’s stock, and over 40% of CCA’s stock. The GEO Group and Corrections Corporation of America (CCA) are the two largest private prison companies in the United States. These two companies have strong ties with Florida: GEO has its headquarters in Boca Raton, FL; CCA plans to build a for-profit immigration prison in Southwest Ranches, FL, which could be one of the largest in the country.

Occupy Miami has posted footage of the arrests. Watch it here:

Down to the wire in Iowa

PPolitics
Gov. Rick Scott yesterday announced the reappointment of Ava Parker and the appointments of Joseph Caruncho and Thomas Kuntz to the State University System's Board of Governors. Caruncho, a Palmetto Bay native, is the co-founder and COO of Preferred Care Partners Inc., and previously worked as a corporate health care attorney. As we've previously reported, Preferred Care poured money into Republican Party coffers last year, donating at least $190,000.
PPolitics
The U.S. House Representatives yesterday approved a measure that repeals part of the year-old Patient Protection and Affordable Care Act and would, among several provisions, ban tax subsidies for private health insurance plans that include abortion as a covered service; prevent citizens from deducting abortion as a medical expense unless it was the result of rape, incest, or to save the life of the mother; and invites the potential for the Internal Revenue Service to investigate how women who had abortions became pregnant and how they paid for their abortions.