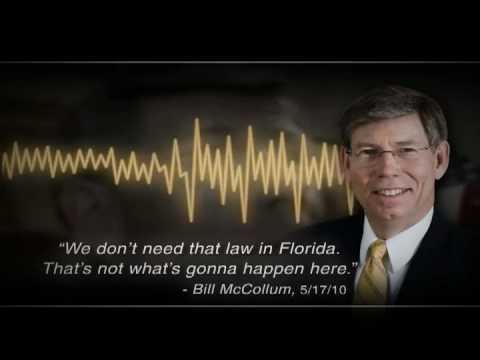 Twenty-five states — including Florida — are set to consider S.B. 1070-like policies in upcoming legislative sessions.
0
Shares
0
0
0
0

The Saturday after the November elections that brought 680 Republican state legislators into office throughout the country, Texas Rep. Debbie Riddle started camping outside the Texas Capitol in Austin to be the first to file voter-I.D. legislation and an Arizona-style immigration bill for Texas. A passerby told her that she reminded him of Duke basketball fans camping out for tickets.

After spending two nights on the lobby floor, she filed the bills on Nov. 8, getting the first two bill numbers available, 16 and 17. Similar passion for S.B. 1070-like legislation exists throughout the country.

The passage of S.B. 1070 in Arizona in April combined the potent mix of conservative anger over immigration, crime, the Obama Administration and the federal government. Arizona Republican Gov. Jan Brewer — who quietly succeeded Janet Napolitano after she became Secretary of the U.S. Deparment of Homeland Security — became an instant firebrand with a national profile sought after by GOP candidates as far away as Georgia. The measure polled consistently well, but it also sparked a national backlash, as protesters called for boycotts of the state and picketed in cities across the country.

S.B. 1070 was one of the strongest immigration-enforcement measures in decades. Local law officials are required to make a “reasonable attempt” to determine one’s legal status if “reasonable suspicion” exists. Any illegal alien in Arizona is “trespassing” in the state if they are not carrying their alien registration card. It makes it unlawful for illegal immigrants to solicit work or perform any job. It also contains powers to investigate employers for hiring illegal immigrants.

State legislators in 25 states (see list below) have plans to introduce S.B. 1070 clones in upcoming legislative sessions, according to Immigration Impact. Of course, not all — or even most — of these laws will pass. However, Republicans picked up the most state legislative seats in the modern era in 2010 — more than Republicans did in 1994 or Democrats in the post-Watergate wave of 1974. Republicans hold both houses and the governorship in 15 states (16 including Nebraska’s unicameral legislature).

Florida elected Republican Rick Scott — who ran ads against his primary opponent for his opposition to Arizona’s law — for governor, along with Republican supermajorities in both chambers of the legislature. Scott supports “measures like the Arizona law.”  When asked by Wolf Blitzer of CNN whether he would push the legislature to bring a bill to him, he said, “I don’t have to. The legislature’s already focused on it.”

Both House and Senate versions of immigration enforcement bills in Florida require aliens to carry documentation with them or risk being incarcerated and fined. Both bills state that nothing may prohibit local officials from “sending, receiving, or maintaining information relating to the immigration status of an individual.” If local officials do not comply, then the state attorney general may sue those officials. The Florida legislative session begins in March.

Legislators in Tennessee — which now has a Republican governor, House and Senate — plan to introduce an S.B. 1070-like bill in the upcoming session. The Tennessean reported that state Sen. Bill Ketron is drafting a bill that would criminalize illegal immigration, but attorneys are working to make sure the bill conforms with the state constitution. Ketron — like Arizona legislators — received help in drafting the bill from the American Legislative Exchange Council, a group that writes conservative “model legislation” for states.

Colorado is a good example of a state where an S.B. 1070-like bill stands no chance of passing. State Sen.-elect Ken Lambert (R) said he would introduce a bill into the legislature next session. “I don’t care if it is litigated,” he said. “It is clearly something the people want. The will of the people has been ignored by Democrats for too long.” However, Democratic Gov.-elect John Hickenlooper opposes the measure; incidentally, he defeated Tom Tancredo — who gained a national profile for his vehement opposition to illegal immigration — in the general election.

Another problem for a state passing an S.B. 1070 bill is litigation. Arizona spent over $1 million defending its law in court only as of July. The Obama Administration won an injunction against most of S.B. 1070, except for the employer provisions, and Supreme Court arguments in November made it likely that the injunction would be sustained. Donations have poured into the Arizona legal expense fund, but legal action still gives some lawmakers pause. Ohio Republican legislators had planned to file an S.B. 1070 bill in the legislature, but retooled parts of it because they would be a “waste of taxpayer money,” according to the legislator who filed the bill.

Even in Biddle’s Texas, Gov. Rick Perry, who sympathized with Arizona’s immigration law in his book Fed Up, said immediately after S.B. 1070 passed that he had “concerns” with portions of the law and said it “would not be the right direction for Texas.”

If states don’t take up S.B. 1070-like bills, in-state tuition — or even admission to public universities — for illegal immigrants is likely to be a big issue, especially after the failure of the DREAM Act during the recent lame-duck session of the U.S. Congress.

But if the DREAM Act — allowing a path to citizenship for children brought to the U.S. illegally with their parents after completing two years of college or military service — cannot pass, it remains highly unlikely that Congress will pass any immigration reform in the near future. Which means many Republican-controlled states, unburdened by divided government, may fill in the gap.

States with SB 1070-like legislation in the works (.pdf):

PPolitics
Sen.-elect Marco Rubio, R-Fla., joined a Senate effort for a moratorium on earmarks Monday, despite having requested $43…
PPolitics
The U.S. Commission on Civil Rights is scheduled to hold a briefing Friday on bullying and “peer-to-peer” violence in K-12 public schools. Specifically, the commission will concentrate on students targeted due to their race, national origin, religion, disability, gender or LGBT status and on what the appropriate federal response should be, with a focus on student needs, programs and the enforcement efforts of the U.S. Departments of Education and Justice.