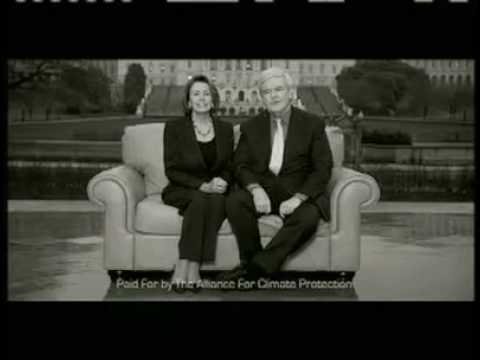 One of the ways presidential candidate Newt Gingrich has been trying to gin up support in tea party and far-right conservative circles is by talking about Agenda 21 — a lot. But Gingrich is having trouble convincing some far-right voters of his antipathy toward the United Nations sustainable growth initiative because of his past environmental policy positions.
0
Shares
0
0
0
0

One of the ways presidential candidate Newt Gingrich has been trying to gin up support in tea party and far-right conservative circles is by talking about Agenda 21 — a lot. But Gingrich is having trouble convincing some far-right voters of his antipathy toward the United Nations sustainable growth initiative because of his past environmental policy positions.

Agenda 21 has become a popular topic in right-wing circles, whose members have been ringing alarm bells about the U.N.’s “Rio Declaration on Environment and Development” and its “Statement of Principles for the Sustainable Management of Forests” (known as Agenda 21). The 19-year-old initiative is an international effort to promote sustainable development in communities and help curb the effects of climate change.

The initiative is a non-binding program that provides local communities that seek to grow in a manner that is kind to the environment with resources such as grant and conference announcements. An organization called the International Council for Local and Environmental Initiatives (known as ICLEI) provides members with the data. Almost 600 cities all over the United States are “global members” of ICLEI, including more than 30 cities, municipalities and counties in Florida.

Right-wing groups are convinced the initiative is a secret plot by the U.N. to steal the U.S.’s sovereignty and the individual property rights of its citizens — and the belief has become relatively mainstream. During a GOP primary debate for Florida’s upcoming Senate race, candidates said they believe Agenda 21 is unconstitutional and that the U.S. should sever ties with the U.N.

In a town hall meeting sponsored by East Orlando Tea Party in Orlando this past September, Gingrich described his efforts to fight Agenda 21 if he were elected president.

“One of the things that is popping up, for example, is Agenda 21, which is not something I even knew about until we did a couple of conference calls,” the former House speaker said.

“It’s probably going to be one of the very first executive orders — is to seize all federal funding of any kind of activity that relates to the United Nations’ Agenda 21,” Gingrich told the tea party crowd.

A little more than two months later, Gingrich mentioned Agenda 21 during a nationally televised presidential debate. ”I would adopt a very strong policy towards the United Nations of dramatically taking on its absurdities,” he said.

“I would explicitly repudiate what Obama has done on Agenda 21 as the kind of interference from the United Nations,” Gingrich added.

But some far-right groups have long criticized Gingrich for his lack of conservative credentials — particularly when it comes to sustainable growth, climate change and international organizations, making Gingrich’s anti-Agenda 21 credibility a tough sell.

The John Birch Society, a historically infamous anti-communist group, recently re-released a 1996 video exposé of Gingrich created by the group’s president, John McManus. The video was updated to include some recent commentary from McManus.

In the video, McManus refers to Gingrich as an “internationalist” who has no problems with globalist institutions such as the U.N. and the Council on Foreign Relations. He says in the video that Gingrich voted to designate 68 million acres of land in Alaska as a “federally protected wilderness.” He also says that Gingrich transfered 2.2 million acres in Idaho to “federal wilderness land control” — information that was echoed by right-wing writer Janet Levy, and other bloggers. The John Birch Society believes that federal “land grabs” are communist.

As Mother Jones noted, Gingrich might not be so believable in his quest to undermine efforts to combat climate change, because he has a mixed history on the issue.

Between his departure from the House and his presidential campaign, Gingrich filmed a now-famous ad with former Democratic House Speaker Nancy Pelosi in which the two of them called upon U.S. policy-makers to write legislation to fight climate change. Gingrich has since said his involvement with the ad campaign was a mistake.

In Florida, conservative groups have encouraged tea partiers to “educate” their local officials about Agenda 21 — as well as call for direct action. Tea party organizations have fought new restrictions on boating and fishing proposed by the U.S. Fish and Wildlife Service in Kings Bay, called on state legislators to repeal a septic tank inspection bill, all in the name of what they consider safeguarding their community against the influence of the U.N.

Members of ICLEI, which is mostly city and town mayors, have explained that Agenda 21 has simply offered them resources and information. South Miami Mayor Philip Stoddard, a member of ICLEI, has said in the past that the paranoia is completely unfounded and ICLEI has no authority over its members.

“ICLEI simply provides resources for communities looking to improve their sustainability codes,” he said.  “It is an information service, not command and control from Geneva.”

He also said that the people up in arms about ICLEI are “raging loons … [that] have completely lost touch with reality.”

Plantation Mayor Diane Veltri Bendekovic has also said she has regularly heard criticism about Agenda 21 and ICLEI. But she says  she has not been influenced by them.

“It’s always the same four people,” she told me this past October. “They are regulars. If it’s not taking back the Panama Canal, it’s something else.”

PPolitics
Due to new regulations drafted by Kansas officials, the state's last three operating abortion clinics could be closed down — making Kansas the first state to have absolutely no abortion access.
PPolitics
An amendment that would have repealed a 2006 law allowing utilities to collect money from customers for the future construction of nuclear power plants, even if those plants never actually get built, failed during a Senate committee this morning — much to the dismay of the amendment's sponsor, state Sen. Mike Fasano, R-New Port Richey.