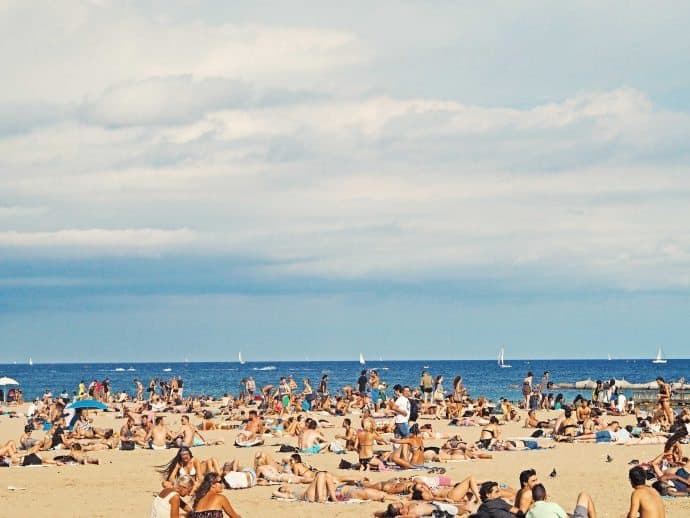 There is No Virtue in Hiding

For two years I sat in the back of the class listening, taking notes, but never engaging. I regret those two years. It wasn’t… The post There is No Virtue in Hiding appeared first on Early To Rise.
0
Shares
0
0
0
0

For two years I sat in the back of the class listening, taking notes, but never engaging.

I regret those two years.

It wasn’t until my third year in University, when I shed this attitude and started sitting at the front of my lectures, raising my hand, engaging my profs and classmates in discussions, and actively participating in my education that my life started to change.

Those last two years of school were my best in terms of grades, friendships forged, and relationships built with profs. My only regret was I hadn’t come out of hiding sooner.

I read something today that reminded me of this time in my life. Even if you’re not in school — maybe you’re working at your first real job — this advice should help untangle some things.

Early to Rise founder Mark Ford wrote in The Palm Beach Letter Daily about the day he made “getting rich” his No. 1 goal. Mark says this decision changed everything, “I now viewed every decision through a new lens, constantly asking the question ‘Will doing — or not doing — this make me richer?’”

Mark elaborates in his article on five areas in his life where this one decision made the biggest impact. He says:

4. It changed the way I viewed my working relationships.

I stopped having lunch with our vice president of operations. He was a very intelligent guy, and I had previously found him engaging and amusing. But his clever comments, I now realized, issued from an emotional quagmire of negative feelings toward the business and its owner.

Talented employees who did ordinary work began to irritate me. (Why couldn’t they work harder and be more useful to the business?) And my feelings toward the company’s owner morphed from repressed resentment (as a working-class kid, I disliked and distrusted all “rich” people) to cautious admiration (he had, after all, accomplished that which was now my life’s goal).

That second-to-last point is what I want you to focus on today, “Talented employees who did ordinary work began to irritate me. (Why couldn’t they work harder and be more useful to the business?)”

There’s a lot of wisdom we can extract from this one statement.

First, this was probably the first time Mark was actually thinking like a millionaire. Mark wasn’t his own boss; he was working for someone else. But, he was thinking like he was the owner.

Carlos Porterrero from Wisebread.com explains why thinking like you own the placeis a good thing:

Think about what the owner has to think about:

My point is this: you don’t have to worry about these things because you’re not the owner, but it doesn’t mean you shouldn’t.

Start thinking like the owner and you’ll see how quickly your perspective changes.

Owners don’t check out at 5 o’clock because “the day is over.”
Owners don’t take a day off because they want to go to the beach.
Owners don’t get caught up in the minutiae of everyday office politics.
Is it because they’re better than the rank and file? Nope.

They just have bigger fish to fry.

When you’re trying to accomplish anything big in life (like getting rich), I believe this narrative comes up a lot. There will always be people around you who are caught up in the trivial, who will try and drag you down to their level if you let them. You must resist their pressure and focus on your number one objective, because you have bigger fish to fry.

When Mark says he felt irritated seeing talented employees doing ordinary work, I thought about myself in University.

Hiding in the back of the class, not asking questions because I either knew the answers or felt like I was above the discussion, was the wrong attitude to take. It was the equivalent of doing ordinary work.

As soon as you start believing you’re smarter than your current position, that you’re above the work that you do, you’ll stop growing.

How will you know when your skill level eclipses your current position?

You won’t because your position should grow accordingly.

A lot of you may argue this point and ask, “What about glass ceilings, and office politics preventing me from moving up?”

Most of what’s really holding you back and preventing you from moving up is fabricated in your mind.

It’s convenient to blame your boss or co-workers for your current level of success; it’s hard to blame yourself.

It’s uncomfortable moving from sitting in the back of the class to the front.

Derek Sivers says the number one way you can be of service to others (friends, family, customers, your boss, etc.) is by Getting Famous.

“Do everything in public and for the public. The more people you reach, the more useful you are. The opposite is hiding, which is of no use to anyone.” — Derek Sivers

A lot of people revere the behind-the-curtain guy. Fame is no longer politically correct. If you seek fame, you’re vain and selfish.

I think this is the wrong way to approach your career. If you’re a young person, believe that you should seek fame — and fortune will follow. Fame means you’re not hiding, it means you’re putting yourself out there for people to see.

Becoming Aware of the Stories We Tell Ourselves

It’s sunny. It’s warm. The breeze is absolutely perfect and the sky is bright blue. It seems like everyone is out riding, jogging, and...

The post How to Stay Focused When The Sun Is Out (And Calling You to Come Play!) appeared first on Early To Rise.