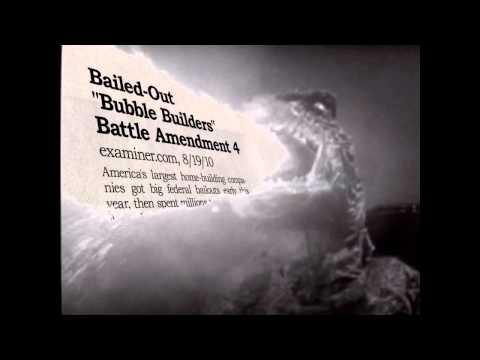 Titled “Monsters,” the clip uses vintage black-and-white horror movie clips to depict “monsters trying to strangle your vote,” among them “corporate special interests trying to kill Amendment 4,” the “giant developers who got the big-government bailouts,” the “corporate vampires who suck Florida’s land dry” and the “zombie political insiders who lurk in the shadows and feed on your tax dollars.”

Watch the clip, after the jump:

A primer on Amendment 8, which would change Florida class sizes

PPolitics
As legislators crafted new laws to shut down so-called “pill mills” around the Sunshine State, they also slashed funding for the public health programs positioned to help prescription drug-addicted women and babies. That has left programs like Healthy Start — which has seen the number of drug-addicted babies in the state quadruple in five years — scrambling for help.
PPolitics
Calling it the base of a Floridian identity, Agriculture Commissioner Adam Putnam said that Florida's water was a limited precious resource that citizens are burning through at too big a rate during Friday's 2011 Water Forum, held in Orlando. But touting the state's forward-thinking water policy didn't stop Putnam — like state Rep. Trudi Williams, R-Ft. Myers, who also spoke at the event — from knocking a set of water pollution standards proposed by the Environmental Protection Agency.