The law, which takes effect immediately, will require ECOs to file financial disclosure reports. These reports would disclose their contributions, expenditures, staff and donors.

The law may cause trouble for the Alliance for America’s Future, an interest group that currently is running an ad entitled “Fraud.” The ad attacks Scott’s tenure at the for-profit hospital chain Columbia/HCA, when the federal government fined the company $1.7 billion for Medicare and Medicaid fraud in 1997. (The Scott campaign released a website and another ad responding to the claims.)

On Thursday, a Nevada judge blocked the group from running any more ads after failing to disclose as a PAC when running ads in the gubernatorial race of that state. The Florida law would require similar disclosure, which the group has so far resisted by simply pulling out of Nevada after the ad buy was over and the restraining order took effect. (Alliance for America’s Future has not responded to emails for comment.)

Attorney General Bill McCollum’s campaign — running against Scott in an unexpectedly close race for the Republican nomination — has remained coy about its involvement in the ads. “We are obviously aware of the organizations’ efforts,” a McCollum spokeswoman told the Orlando Sentinel on Friday. 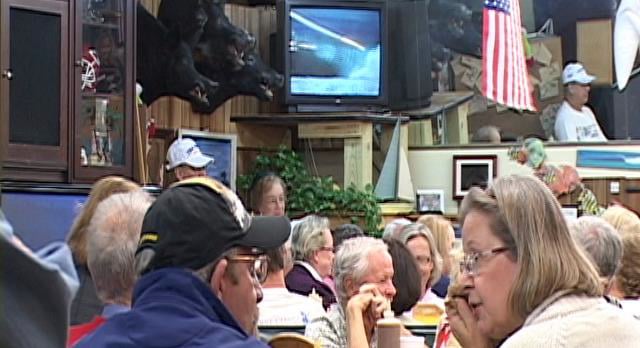 Read More
Michele Bachmann is set to kick off her tour of the Sunshine State tomorrow; the presidential hopeful's first stop will be in Jacksonville Beach, for a visit at Angie's Sub Shop. Angie's is a casual haunt more often visited by surfers than politicians, but its owner, Ed Malin, is a staunch conservative and a member of the tea party.