Everything You Need to Know About Air Release Valves!

There’s an industry saying that if you don’t de-aerate a pipeline, you should prepare for a line break.

Why is air in a pipeline system such a big deal? In the human body, it’s comparable to an air embolism or air bubbles that enter a vein or artery that can cause a stroke or a heart attack. In water supply networks, the air in pipelines can lead to broken pipes, pumps, and faulty instrumentation readings.

But how do you remove air pockets in pipes? That’s where air release valves come in to save the day.

Read on to learn more about these valves, the often underappreciated but essential parts of any water infrastructure.

What Is an Air Release Valve? Air and vacuum in any pressurized network are serious concerns. The traditional method involved placing manual vent valves at the highest points in the system. The unlucky person tasked with opening the vent valve often ended up drenched and sometimes injured from falling or scalding.

Thankfully, we’re not in the 1900s anymore, and technology has brought us air valves. Their main purpose is to automatically release the accumulated air in water pipes to prevent most associated hazards. They also ensure the smooth and efficient operation of various pipeline systems.

How Does an Air Release Valve Work? An air release valve is the most widely known and used type of automatic air valve. Its design allows the continuous release of trapped air during system operation. The air/vacuum valve and combination air valve are the other two common types of air valves.

The default setting of an air release valve is “open” to eject air until the chamber fills with water. The rising water levels will then buoy the float until it closes the orifice.

As air from the pipeline enters and accumulates in the chamber, it displaces the water, causing the float to drop. This opens up the orifice again to allow the valve to expel the air. The cycle then repeats during the entire system operation. The air that forms in pipelines can block the flow of water. Without a means of expelling the space-occupying pockets, the efficiency of the pumping system suffers. The pressure increases, which can overwork the pump.

The pressure build-up can directly cause a line break. But wait, there’s another offender that can devastate your pipes. Vacuums can cause the pipeline to collapse inwards due to external and internal pressure differences.

Installing air release valves puts a stop to all of that by having the ability to remove both air and vacuum.

There are other indirect advantages of having these air release valves. They prevent corrosion by not allowing oxygen to linger in your pipes, which, as you know, causes rusting. They also allow air to enter the pipeline while emptying, preventing pipe collapse due to negative pressure.

Time to Blow Off Some Air

Air release valves play a crucial role in the operation of a water distribution line, sewage main, and other pipeline systems. They’re responsible for blowing off the accumulated air that can cause any number of problems and structural damages. The next time you open up your faucet and notice the smooth flow of water coming out of it, you can thank an air valve somewhere for that.

Did you enjoy this post? Please check out the rest of our site for other entertaining and informative topics.

How to Store Cigars

When is Crappie Season in Florida

Read More
The translation of Abundant Synonym in Tagalog? Read on to find out the translation as well as more about this language with its roots in English and Spanish.
WWeb Guide 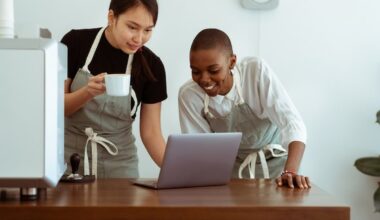