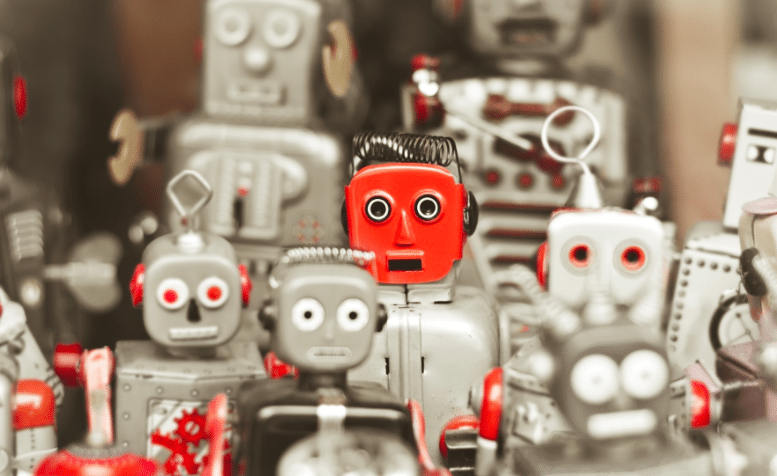 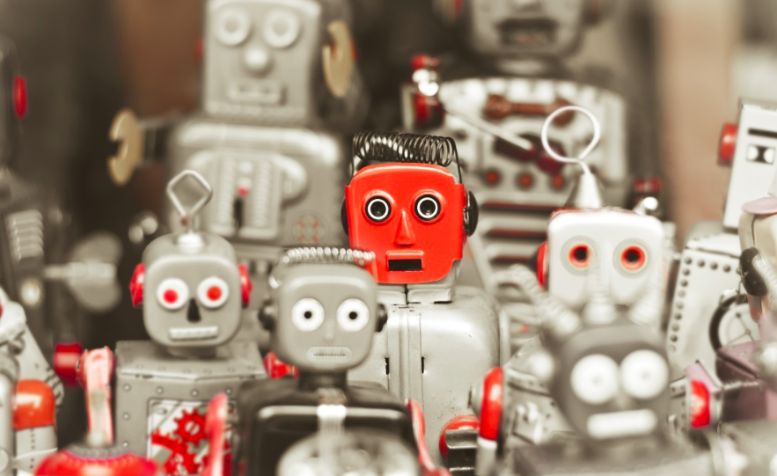 Artificial intelligence (AI) is here to stay. The AI revolution is changing lives but scaring millions. AIs are already everywhere, supporting the human mind in the pursuit to make the world better and our way of life even easier.

They’re in your phones and favorite apps, helping you stay connected and do what you do best in the shortest possible time. And they’re doing a better job than anything else could.

The opportunities are endless and uncertain. Human development cannot be stopped. The future can only be better but with lots of questions.

I am no expert in artificial intelligence. But the rise of super intelligent machine and software is upon us and I am just as curious as you are about what AI can (and will ultimately) do. The future of AI is bright but frightening.

Technology giants are cashing in on the next big thing. Mark Zuckerberg made a $2 billion bet on Oculus Rift (a virtual-reality headset) in 2014. And Facebook has over 50-person AI lab. Google wants a breakthrough in AI that could change history, hence the acquisition of the DeepMind team last year. Google’s DeepMind defeated legendary Go (an ancient Chinese board game that has long been considered one of the great challenges faced by AI) player Lee Se-dol in historic victory earlier this month. IBM has bet billions on the success of Watson, its Jeopardy question-answering supercomputer.

Meanwhile, a russian millionaire is exploring ways to upload the human brain to a computer. “The ultimate goal of my plan is to transfer someone’s personality into a completely new body,” he says.

“Within the next 30 years,” promises Dmitry Itskov, “I am going to make sure that we can all live forever.”

Elsewhere, Elon Musk wants to start selling self-driving cars next year. His company, Tesla and other car manufacturers like Honda, Nissan, Ford and more are testing semi-autonomous cars. Even Uber is seeking to buy self-driving cars.

Musk’s Tesla Motors assembly plant is powered by lots of intelligent machines. Tesla is reinventing the American auto industry. And don’t forget Musk has been sending rockets to space for sometime now. His SpaceX company has partnered with NASA to explore reusable rockets.

Richard Branson has not given up on getting millionaires to other planets as tourists after that fatal accident. Jeff Bezos’ Blue Origin is also exploring spaceflight technology. Billionaires are now counting on super machines to do things humans could only think of as of the seventeenth century.

It’s Musk, again. He wants to build Hyperloops that will make it possible to work at the far east of the US and still be able to live at the far west. He is already considering designs.

MIT student engineers won a competition to transform Musk’s idea into a design for a Hyperloop to move pods of people at high speed.

The Hyperloop is a high-speed ground transport concept proposed by Musk to transport “pods” of 20 to 30 people through a 12-foot diameter tube at speeds of roughly 700mph (1,127km/h). How cool is that?

In other news, Google has fallen out of love with robots. Alphabet, the parent company is trying to sell Boston Dynamics, the high-profile robotics startup it bought in late 2013.

With all the hype, AI is still in infancy. There is still a lot to explore and experiment. But the rate of technological impact in recent times means that humans are closer to getting machines to do our current jobs.

Employees in big companies don’t like that. Actually, nobody is secured about their jobs. Robots are eating jobs. But most businesses value profits more than anything. And they will do everything in their power to reduce their reliance on humans to do routine jobs.

Robots are now becoming supremely capable in medical diagnosis, manufacturing, assembly, packing and packaging, surgery, weaponry, research and more. Are we headed into a jobless future?

What AI apps are already doing

You are probably using a lot of AI apps. Facebook uses AI to make sure your newsfeed is exactly what you want. Apple’s Siri uses AI to learn your voice and to translate your vocal requests into search, search them, and provide you an answer.

Google’s search function enables you to find what you’re looking for. Microsoft’s Cortana helps you get things done by letting your PC and smartphone work together.

Apps like GetYana, Tempo, Microsoft Fetch, Blippar, Bernie, Virtual Talk, Snips, Alice and a lot more are using artificial intelligence in one way or the other to help people get the right information and service they want.

What will AI apps do in the future?

Smartphones are still not very helpful at getting us information or data based on what we are already doing. We still have to touch a lot of apps and buttons to access exactly what we want. With all the power in our hands, we should be doing better.

AI apps of the near future will practically blow your mind. Based on what innovators are experimenting and exploring, your smartphone promises to be the best mobile super computer you can ever own.

You will be able to download advanced AI apps like other apps int the future. And they will possibly spread out into other devices and computers you permit them to. Even your walls, clothes, office, car, luggage. Internet of Things (IoT) will be a lot more beneficial and interesting tomorrow or the next decade.

AI apps will be able to not only read your email and write responses but they could go through them, find you what matters and what doesn’t, monitor which ones were read and report back to you.They will log on to all your apps, using your passwords, check updates, respond to them.

They will even change your passwords if they are compromised without your knowledge. And if you are worried about big brother watching you, you AI apps will handle your encryptions and keep your data private.

Reading news and summarising them for you will be basic. You won’t even have to flip through all those news apps you have installed.

Investing will solely be done by intelligent apps that will be made public. You won’t have to study the stock market and trends. You will be able to assign research tasks to machines whiles your AI apps take care of where to invest your money.

AI investment apps will know when to exactly pull out of a deal and when to cash in. They will give you reasons why those stock options are best for you based on your age and interests.  Technology-driven brokerage will operate with significantly less overhead.

AI apps will soon file your tax returns like humans. Your accountants will be very worried, but you will choose machines over them.

As impressive as the AI powered suggestions for replies to your emails are, they’re just not very useful yet. The likes of Siri, Google Voice, Cortana and Robin have a lot to learn.

What will you do with all the free time on your hands when machines are busy at work?

But there are downsides to a utopian world where machines and intelligent software rule and make lives better, faster and more efficient.

The big question is: why, then are humans interested in building machines whose intelligence will overwhelm us and even scare the hell out of us?

Humans evolve. That’s how we have come this far. The people of the fourteenth century will be amazed at what we have been able to accomplish today. It’s human nature to learn as much as we can and to build the best machines and tools we can.

And we will stop at nothing to do what we think it’s possible. Technologists, engineers and innovators are in business to build the most potent machines they can, not to worry about consequences, at the moment.

The basics of life like awesome cars, fast trains and aeroplanes, super computers, smartphones etc are all innovations that have changed how we work. But we want more than that. We are not impressed. Every generation expects more. We thrive on improved technology.

Are we there wet?

AI today is nowhere near understanding the human mind, yet. There is still a lot to do and comprehend. But the good and scary news is that corporate giants are investing billions of dollars into super computers, robotics, Internet of Things etc.

It’s a race of the giants. The more we learn, the more carefully, critically and intelligently we can observe what AI can do and the limits we need to overcome.

On whether people should fear AI, he said in an interview with Macleans off the back of Google DeepMind’s victory against AlphaGo:

“Any new technology, if it’s used by evil people, bad things can happen,” said Hinton. “But that’s more a question of the politics of the technology.”

He continued: “The main thing shouldn’t be, how do we cripple this technology so it can’t be harmful, it should be, how do we improve our political system so people can’t use it for bad purposes?”

The risks of AI are real. Can we handle it?

“The risks brought about by near-term AI may turn out to be the same risks that are already inherent in our society. Automation through AI will increase productivity, but won’t improve our living conditions if we don’t move away from a labor/wage based economy.

It may also speed up pollution and resource exhaustion, if we don’t manage to install meaningful regulations. Even in the long run, making AI safe for humanity may turn out to be the same as making our society safe for humanity.”

Technologists, innovators and engineers will continue to do everything they can to get machines as intelligent as possible. But no artificial mind will ever come close to the human mind. No computer will ever feel anything like we do. Software can only simulate feeling.

The human mind is no static, rational machine. Feeling and consciousness can only happen (so far as we know now) to organic beings and animals. It can’t be produced, no matter what, by mere software on a computer.

Our machines are here to serve us but will they take over our lives? Will our robots outthink us and even harm us?

An Inside Look at the Ineffable Writing Process

9 of the Best Laptop Cart Options For Schools 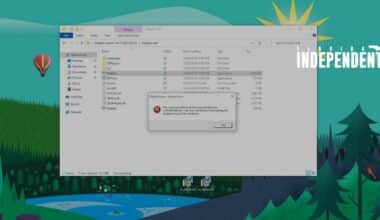 Read More
Have you ever seen a Vcruntime140_1 dll Error message on your Windows while accessing any application or games?…