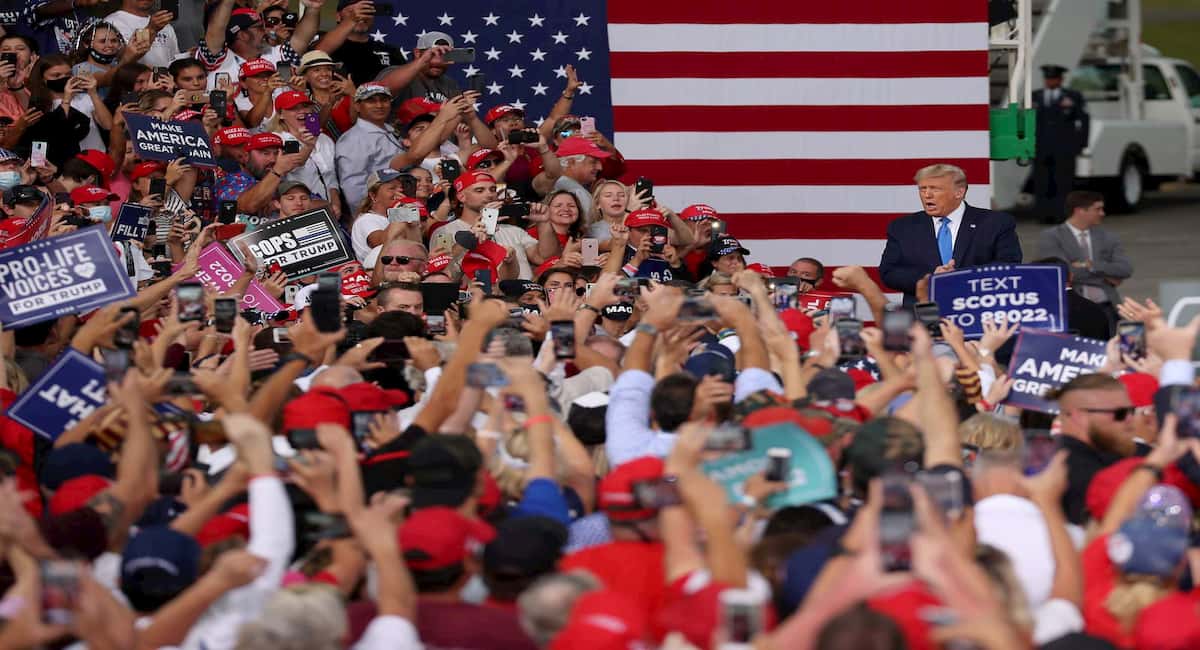 National Right to Life Convention kicks off in Jacksonville

The 2011 National Right to Life Convention kicked off in a riverfront Hyatt in Jacksonville this morning. Though a scattered group of protestors picketed the event outside, the mood inside the conference center was optimistic and upbeat.
0
Shares
0
0
0
0

The 2011 National Right to Life Convention kicked off in a riverfront Hyatt in Jacksonville this morning. Though a scattered group of protestors picketed the event outside, the mood inside the conference center was optimistic and upbeat.

Founded in 1968, National Right to Life touts itself as the “oldest and largest” grassroots, pro-life organization. The group has a board of directors that represents every major pro-life group in the country, and more than 3,000 chapters nationwide.

“I can’t say that we have it all, but we pretty much do,” said National Right to Life Committee President Carol Tobias during a morning breakfast with members of the press.

Tobias is right. National Right to Leave seemingly has tentacles everywhere. There’s a vice-president for international affairs, a director of state legislation, a director of medical ethics — even a Hispanic outreach coordinator.

In short, the group is highly organized and well-informed. Mary Spaulding Balch, National Right to Life’s state legislative director, keeps her eyes on every piece of anti-abortion legislation across the country, and has been pleased with the results, particularly in Florida.

“We like ultrasound bills,” she said. “They give a face to the unborn child. … Ultrasounds are a window to the womb, and before their advent, the only way to make that baby visible was through advocacy.” Balch said National Right to Life also supports pain-capable unborn child acts (sometimes known as “fetal pain” bills), which have found backing in several states.

On a whole, representatives of National Right to Life seem confident that their hard work has paid off. Throughout the morning portion of the conference, statistics on lowered abortion rates were referenced more than once. “In 1990, there were 1.6 million abortions every year. Now there are 1.2 million,” said Dr. Randall O’Bannon, a board member. “That shows that something significant is happening.”

“Every year, we have had victories,” said Balch. “If not in all the states, in some of the states. What we see is that when we are in the state legislatures, bills are received well … and when people learn how extreme Roe v. Wade is, they join us in trying to fight it.”

The conference began with a speech by conservative journalist Fred Barnes, who said it had been a “breakout year” for the anti-abortion movement. “Pro-lifers are stronger, more dynamic and more organized than ever before,” he said. “I’m struck by how entrepreneurial the movement has become.” Barnes, who said the pro-choice movement was “out of gas,” elicited cheers from the audience when he mentioned that there are currently “at least twice as many crisis pregnancy centers as abortion clinics.”

PPolitics
Read More
Mississippi Attorney General Jim Hood is the latest to endorse the state's fetal personhood movement, which aims to pass an amendment that would ban abortion and some forms of birth control. Hood says he will support his state's Personhood Aendment and if adopted, will defend it if challenged!
PPolitics
The Los Angeles City Council on Tuesday passed a resolution to ensure voluntary participation in Secure Communities, a federal immigration enforcement program that has been seriously questioned because it has jailed and deported undocumented immigrants who have committed no crime.