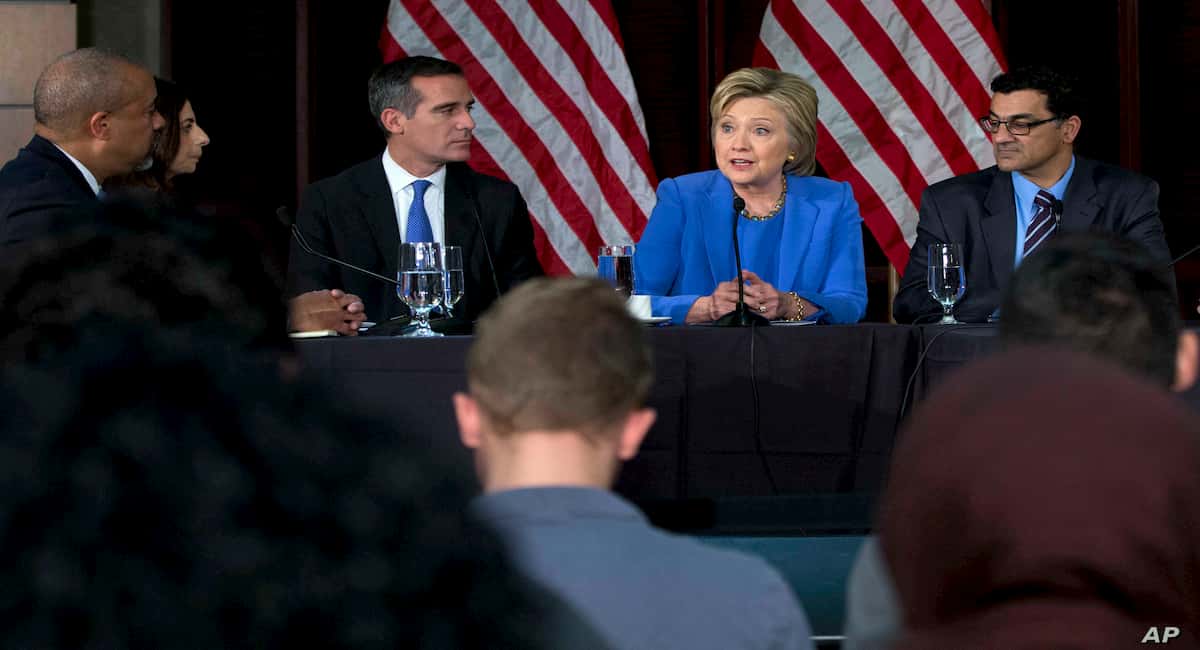 Muslim activists involved in both state and national politics say that the Democratic Party is taking their growing voting bloc for granted.
0
Shares
0
0
0
0

Muslim activists involved in both state and national politics say that the Democratic Party is taking their growing voting bloc for granted.

Earlier this week, the Orlando Sentinel published an article highlighting the potential power of the Muslim vote in Florida.

According to the Sentinel:

Muslims have the potential to play a pivotal role in the 2012 election as Islamophobia and immigration issues galvanize the minority group into a voting bloc, according to a forum Sunday at the University of Central Florida.

Florida has an estimated 124,000 registered Muslim voters, and Orange and Osceola counties rank high in registered Muslim voters, said Daniel Hummel, a research associate with the Institute for Social Policy and Understanding, based in Washington, D.C. In the swing state of Florida, Muslims helped elect George Bush in 2000 and Barack Obama in 2008.

“If they vote as a bloc, they can have a huge influence on the election,” Hummel said.

The newspaper also reported that, so far, vicious currents of anti-Islam rhetoric in the Republican party have largely kept Muslim-Americans away from the party. In Florida, where Islamophobia has a particularly wide reach, a Muslim activist named Nezar Hamze was shut out by the Broward Republican Executive Committee, which rejected Hamze’s application to become a member of the Executive Committee and create a Muslim Republican Club last September.

The GOP group’s reasoning for denying Hamze’s membership included claims that he has ties to terrorist organizations– a claim Hamze called ridiculous.

Florida is also home to United West, a group that has been designated as a hate group by the Southern Poverty Law Center. United West is known for targeting Muslims in public life and was started with help from Adam Hasner, a Florida Republican who ran for U.S. Senate and is now considering vying for a House seat.

Despite the inflammatory anti-Islam sentiment among some members of the Republican party, Muslim activists warn that the Democratic Party has not exactly been overly welcoming of Muslim-Americans.

Muslim activists have taken issue with a recent incident involving the chair of the Democratic National Committee, Debbie Wasserman Schultz. A few weeks ago, Wasserman Schultz declined an invitation to an event hosted by a Muslim organization after a blogger wrote that she had scheduled an appearance ”at a fundraiser hosted by an American Muslim leader who was placed on the Federal Terrorist Watch List.”

Her office eventually denied the speaking engagement and said in a statement that “there was a miscommunication, she is not speaking to the organization. We never agreed to do a fundraiser, nor this event.”

Muhammed Malik, a Muslim rights activist in South Florida, said her retreat was a cave-in “to islamophobes who use fear-mongering tactics to marginalize Muslim participation.”

Malik said Wasserman Schultz’s actions were a signal that “both the Republican party and the Democratic party continue to cave in to ignorant hysteria.”

“I don’t think it’s an issue of a few bad apples – as long as islamophobia is cozy within our political and social institutions, threats to full participation, dignity, and civil rights will remain alive and well,” he said.

Activists warn that sensitivity to growing Muslim voting bloc could be important in a swing state such as Florida.

Farheen Hakeem, the national co-chairperson of the Green Party U.S., is the currently the highest ranking Muslim woman in any political party in the country. She attributes her success to a shift away from both major parties. “Many Muslim-Americans are turning away from the two party system,” Hakeem says.

She says that the Democratic Party has been dismissive of Muslim-Americans and does not have a clear agenda on how to address their values and interests. But the party’s continued disinterest in addressing the Muslim population, she says, could be “a big mistake.”

“One hundred and twenty four thousand is a significant number of votes,” she says. “That’s not a population any politician should be disregarding. Anyone with political savvy will say they are making a mistake”

This year, a significant number of Florida Democrats even helped pass a law touted by anti-Islam activists that would ban Sharia law in Florida courts. While critics deemed the law “unnecessary,” Muslim activists warned lawmakers that it was an attempt to “demonize Islam and marginalize Muslims.” The bill eventually died on the Senate calendar.

Malik, who is also a member of the Green Party, said it is disappointing that the Democratic Party has not been more active in defending the rights of Muslims.

“It’s incumbent upon all of us to address all forms of fear-mongering, including this most recent form of islamophobia, wherever they rear their ugly heads,” he said. “Political leaders in both parties should, at minimum, be ashamed and should speak out to clear the record.”

PPolitics
Read More
Gov. Rick Scott has come under fire for a recent campaign contribution from Coral Gables entrepreneur Miguel Fernandez, chairman of MBF Partners, a “private equity firm that invests in healthcare companies. MBF recently gave a committee affiliated with Scott a hefty $125,000 donation, leading some critics to speculate that the donation comes as a thank you of sorts for Florida's Medicaid overhaul.
PPolitics
Sen. Marco Rubio, R-Fla., today introduced a bill that would force the EPA to scrap its set of Florida water quality standards and instead accept rules drafted by the state Department of Environmental Protection.