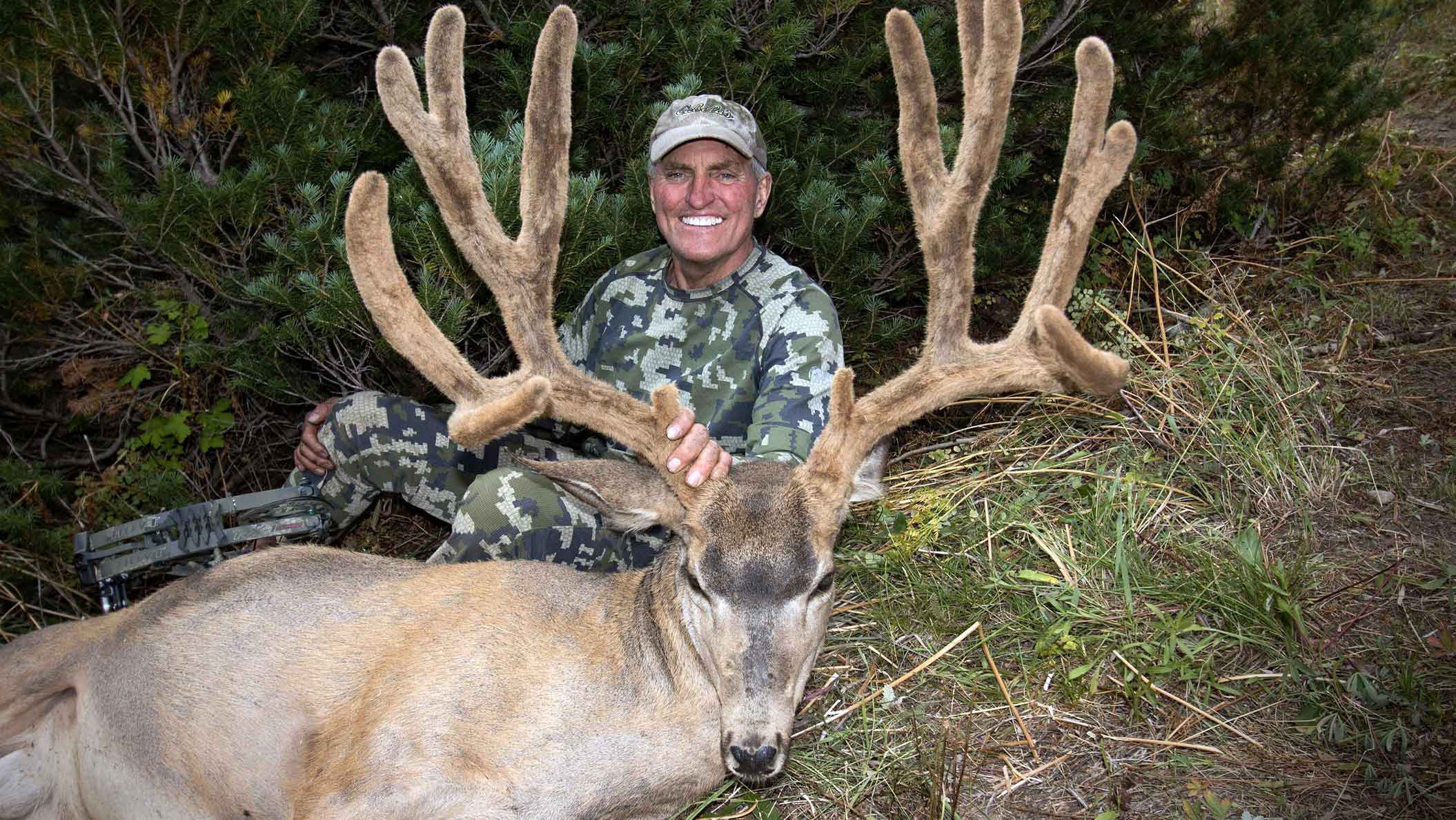 Originated in North America, The mule deer is named after a mule because of its uniquely long ears. The two subspecies of mule deer are black-tailed and white-tailed deers. As demand for mule deer hunting grows in the United States, Mule deers can now be found across rocky mountains, southwest United States, West Coast, Argentina, Hawaii, and more. 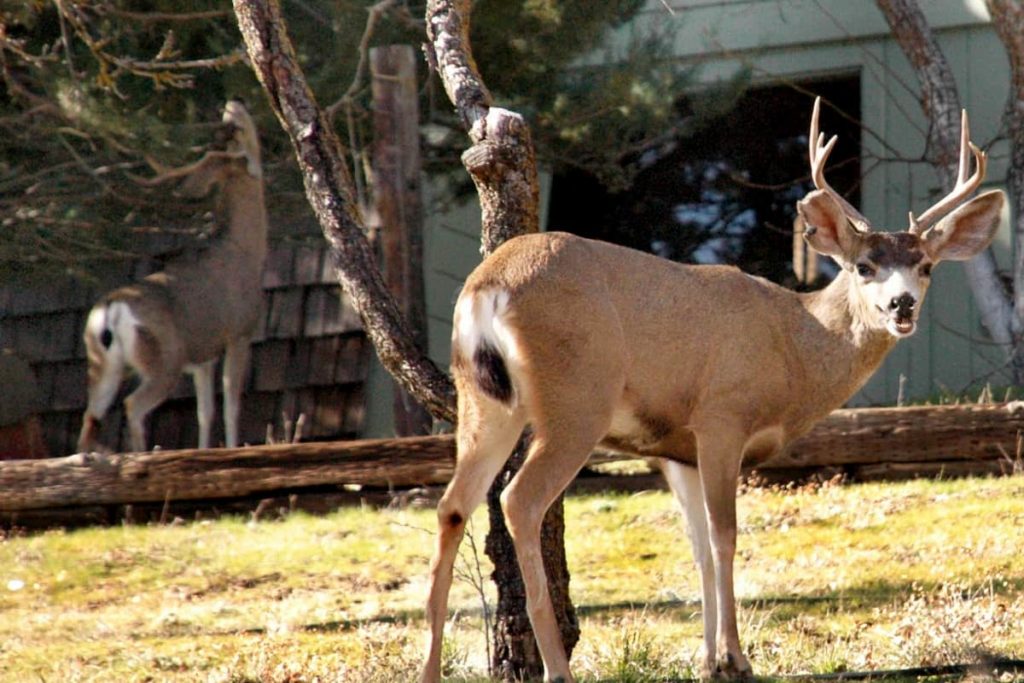 As mentioned above, Mule deers are found in the west rocky mountains but many other regions of the United States like north and south Dakota and more. The two species of deer that are quite famous across the USA landscape are the white and black-tailed mule deers. The latter has a much smaller tail as compared to the former. The male black-tailed mule deers have antlers that make them stand out, however, there are taller and skinnier tines on those antlers when compared to white-tailed mule deers who have shorter thicker tines. Mule deers, both the species, lose their antlers around January and start to regrow them in the hotter seasons around June.

Mule Deer Hunting in the USA 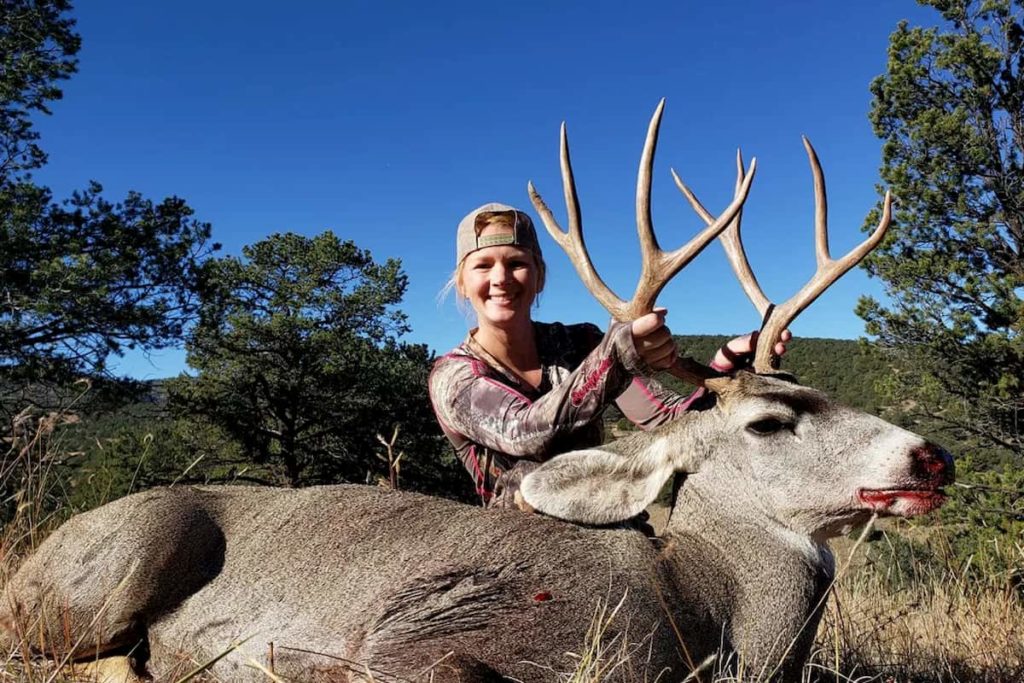 How one seeks to pursue mule deer hunting either for food or as sports depend upon the regulations that are set by the state governments. These can vary across states, however, the department of fish and wildlife is responsible for seeing the right regulations in this sector. The Department of natural resources also has a stake in regulation-making.

There are also weapon regulations set from state to state. Some areas allow the use of crossbows only while others firearm and more. The weapon use is also dependent upon the mule deer hunting season. Where bow season is going on, hunters are prohibited from using firearms, and so on.

So, how do these organizations or state departments determine the length of mule deer hunting season?

The relevant state departments also ensure that the deer hunting season is broken down into various time periods. This is to ensure certain weapons like bows or firearms or muzzle-loaders are used during a certain time period. This helps in ensuring the population of mule deers are consistent throughout the year. 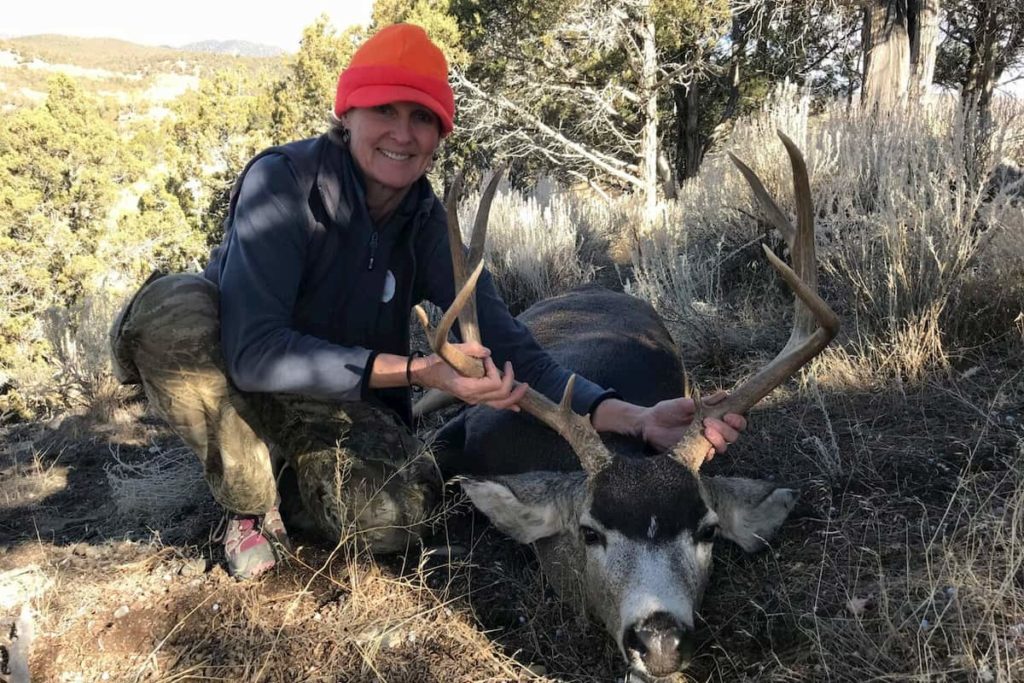 Now that we’ve gone over the foundations of mule deer hunting in the USA, let’s go over some tips that might help you with accomplishing a successful hunt.

It’s highly important that you spend some time planning your hunt. Try to identify locations or spots beforehand that would be great for you and your scouting session. This will allow you to have enough time to be mentally focused rather than spending the time-wasting it away in your pickup truck. Scouting will allow you to understand the behavioral pattern of a mule deer, this can aid you in a successful hunt.

Glassing is when a hunter waits in silence anticipating their next move according to the prey. Find a great vantage point from where you can see the landscape. Deers are usually found near water spots or lounging in a group under a shade. When looking for a vantage point, try to do it before the sun sets so that the deers in the area don’t notice you. The best tip we can give you when it comes to glassing is to glass all day. Most hunters either glass for the day or the night, glassing all day will ensure that a lot of deers cross your way as deers like to change their locations throughout the day.

Camouflage is your only way

Deers are quick creatures and for them to notice something off with their eyes, ears and nose is like taking a walk in the park. They are not only quick on their feet but also their instincts are heightened if they find out something unusual in the area. You must’ve seen many deers escape the vicious lions because they’re usually ready for the unexpected.

Having the right camouflage pattern can help you hide in plain sight. Always try to creep and move while staying low and also only move when the deers have gotten their heads low. The best thing would be to take a longer route but going out and around for your hunt rather than approaching your target head-on. That is riskier and can result in the entire group of deers leaving. Keep the noise down.

Be aware of the environment

Deers flock to areas with recent rainfall to eat vegetation soaked in water. So, if it’s raining, stay there and get your raincoat on. Once the rain is over, you will slowly notice deers start to enter open spaces of the field. Always check the weather before going hunting, if the weather is cool then prepare to glass all day for some good healthy deers.

It is also important to notice moon phases. When there is a full moon, you will find deers grazing under the moonlight. If there is livestock around in the region, notice the livestock. Deers only come out when the livestock have gone in. So if you see livestock minding their own business, then know that deers are out for feeding.

Use a mule deer call

Decoy tactics are always your friend in the case of mule deer hunting. You can start to make mule deer calls or rattling antlers to attract a mule deer. These tactics have been going on for years leading to many successful hunts. There are many who choose the tactic of spot and stalk, however successful are those that wait, patiently.

Yup, this is as important as knowing all the other tips. You need to spend enough time in the field before the mule deer hunting season. Waiting for hours can be tiring, however, if you’ve trained well enough then waiting might not be an impatient game for you. Go to fields and sit there to monitor the deers and understand their behavioral pattern. See their schedules and think what your next move could be if you were on a hunt.

You also need to educate yourself on mule deer hunting. See what attracts these gorgeous animals, their food, their shelter places, and more. Learn about deers to be able to hunt them as efficiently as possible. 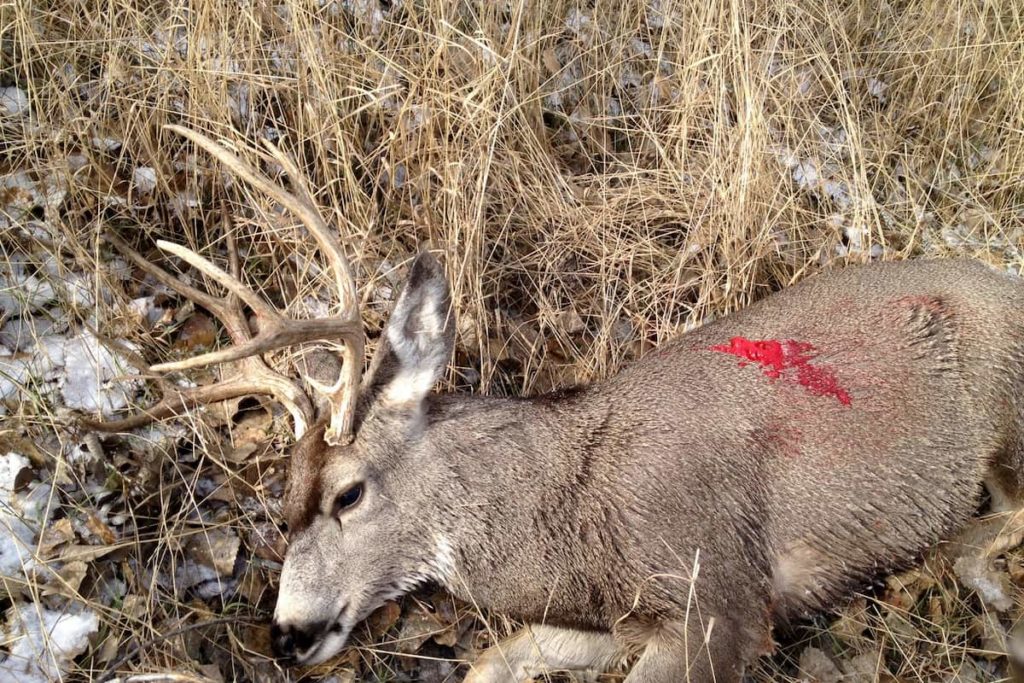 Mule deer hunting in the USA has been a long tradition among families for collecting meat and have recently become a huge sport. With so much adrenaline waiting to be released, the question is where to go for deer hunting.

Luckily, there are a lot of states that promote safe deer hunting. Deers can be found in many different habitats, so it’s better to do some research and see which terrain would suit you and work well as your next hunting ground.

The USA has around 15 states that have legalized deer hunting. There are different types of hunting opportunities available varying across the 15 states. There are some states like Arizona and Utah that have the largest mule deers across America, however, we are not going to mention them in our list below as it is not suited for first-time hunters.

Colorado hosts some great natural habitats for the deers to dwell in making it a top deer destination. Colorado sees the highest number of deers hunted each year than any other state. You can get mule deer tags through balloting which starts with applying for it first. You will find the largest bucks on the eastern plain. Colorado sees archery season from August to September while rifle seasons are from October to November. However, rifle season can also be seen extended until December in some eastern plain regions. Colorado is considered to be the go-to destination for mule deer hunting.

Idaho has been home to some big bucks as well. Tags can be purchased over the counter which is not possible in most of the deer hunting states. Hunters can hunt many bucks with their tags, however can also choose to apply for a controlled hunt. A controlled hunt in Idaho ensures that the pressure during hunting is reduced. The best thing about hunting in Idaho is that more than 60% of the lands are public. September is archery season in Idaho while October can be rifle season. The terrain in Idaho is also spectacular, with rugged mountainous regions to dry deserts, for deers.

Montana is known for a lot of deer population due to its vast countryside. A deer tag is required for hunters to start hunting with limited draws throughout the year. Although the place is popular among deer hunters, it might throw off some first-time hunters since deer tags cost around $700. This might be too expensive for many people, however, it is worth the money as the hunting season is longer. Archery season lasts over six weeks while rifles can go on for 5 weeks. Many places do not allow for hunting at the end of November as during this time mule deer bucks are considered to be very vulnerable.

Deer quality and numbers have seen a huge decline in Wyoming, a state that was once the best destination for deer hunting. Global climate change has impacted the population of deers in Wyoming. There are deer tags available for a draw for multiple units. Specific unit tags can also be picked up for different reasons from specific regions. However, specific unit tags are difficult to draw as the demand for these items is through the roof. Use Wyoming’s application system to have a better chance of a draw.

Wyoming is not as big of a state when it comes to free public land as Idaho and many areas are off-limits to nonresident hunters. Do your research for which tag you would want since going in without research might result in zero tags.

Nebraska is great due to vast terrains and river corridors. The western part of Nebraska is great since the terrain is flat and easy for hunters to target deer. However, coming towards the ponderosa pine-covered ridges, hunting can become quite challenging. This is because ridges are a safe haven for deer to hide in.

Hunters can use the national forest and refuge lands in Nebraska for mule deer hunting. Deer tags can be taken over the counter with tags available for archery and rifles as well. Nebraska sees a muzzleloader season in December however recently there has been a decline in deer population recently.

How Does Growing up With an Alcoholic Parent Affect You?

Easy Steps You Can Take Towards Financial Freedom

Read More
Table of Contents Hide What Is the Canadian Citizenship Test?Why You Need it1. Know the Test Coverage2. Take…
AAutomotiveWeb Guide 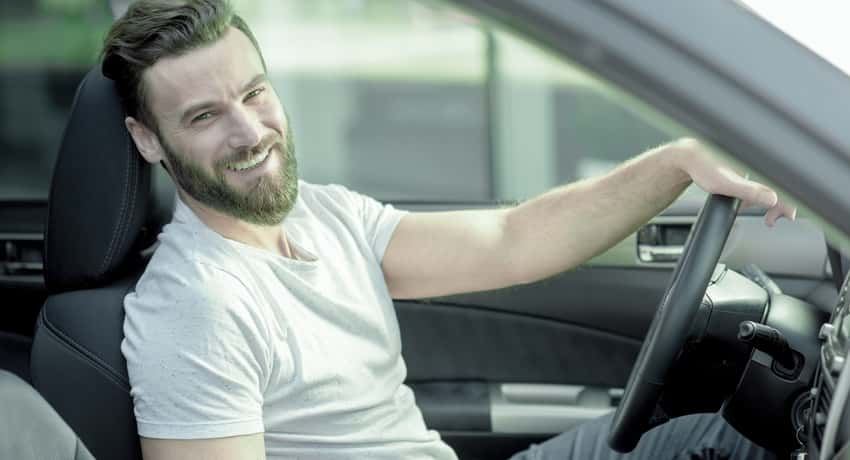