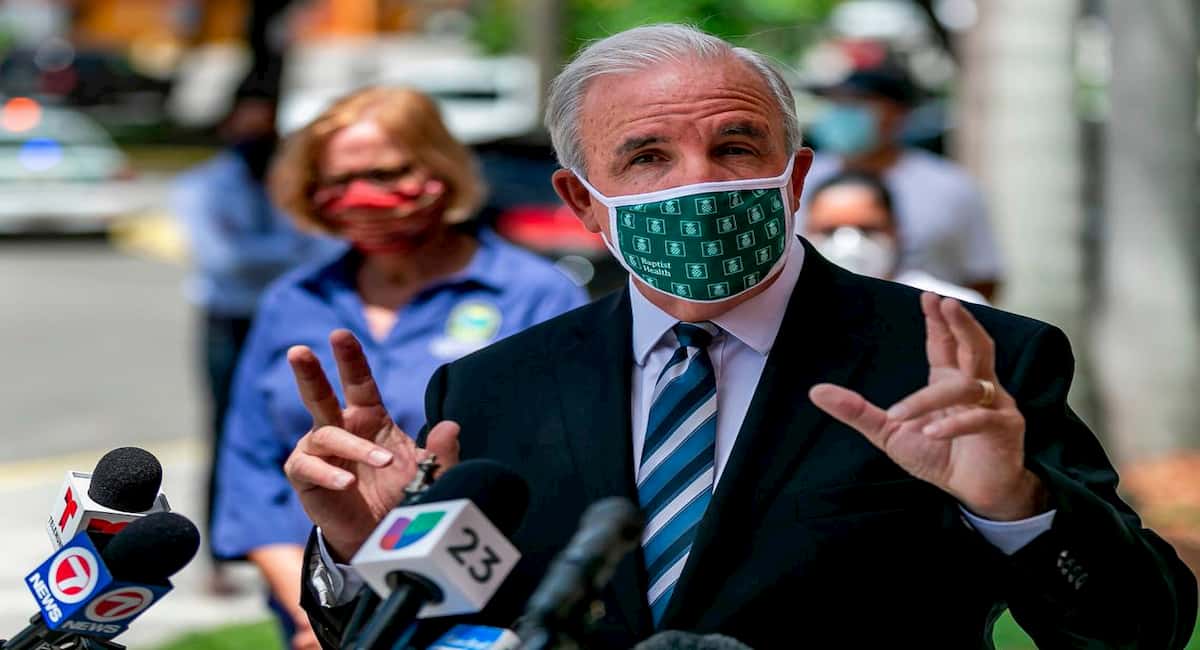 A summary of the county budget (.pdf) shows that the total operating budget would come to more than $4.4 billion. There is a current gap of $409 million, which would be covered by $135 million in “Employee Concessions,” $163 million in “Service and Revenue Adjustments” and a Florida Retirement System rate adjustment of $111 million.

The summary also indicates that proposed budget cuts would add up to a little more than $180 million, and would affect among other areas public safety, health and human services, recreation and culture and transportation.

It also shows that the proposed budget includes an additional year of freezes to employees merit pay increases, cost of living adjustments and benefits. What the document calls employee concessions total more than $238 million.

According to The Miami Herald:

With Miami-Dade’s current labor agreements set to expire Sept. 30, Gimenez is pressing unions to embrace substantial concessions, including increasing employees’ contribution to health care insurance to 10 percent of their salaries from the current 5 percent. He already announced that he’s imposing that extra cost on the county’s non-union workers. The move comes even as county employees have been hit with a new requirement to kick in 3 percent of their salaries toward the Florida Retirement System, a burden previously funded fully by the county.

Gov. Rick Scott signed a bill into law in June that requires “all [Florida Retirement System] members” to “contribute 3% of their gross creditableearnings, on a pre-tax basis, to the system.”

The Herald adds that Gimenez is “also asking county commissioners to cut their office budgets by 10 percent — a move that is sure to spur controversy among the 13 elected officials, who tap the money to dole out support to favorite causes. Particularly controversial: The mayor is seeking to eliminate a long-standing county practice that allows commissioners to roll over to future years any unspent funds in their office budgets.”

OOldPolitics
The Orlando Sentinel notes that Central Florida Rep. John Mica, who chairs the Transportation Committee in Congress, has dropped his opposition to toll lanes on interstates, saying he's willing to add them to new lanes as a way to pay for widening efforts.
OOldPolitics
+Scientists are huddling in Tampa as they prepare to begin an ambitious study of the oil spill's health effects on some 27,000 cleanup workers. +Spill