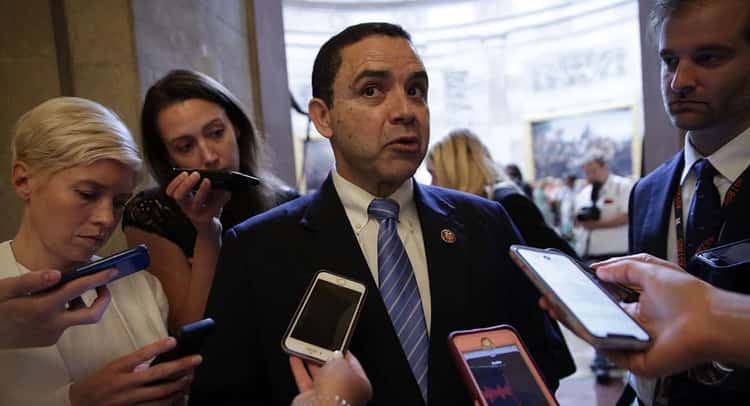 Meek won his primary, but still struggles to rally Democrats

Days before Florida’s primary, President Obama finally did what Rep. Kendrick Meek’s supporters had been begging him to do for some time: He showed up in the Sunshine State and referred to Meek as “the next senator from the state of Florida.”

But the in-person endorsement came with a caveat. On the way to the airport, the President made an unannounced stop with Meek at Jerry’s Famous Deli in South Beach. He bought each of them a corned beef sandwich and cautioned Meek, “Don’t say I never gave you anything.” The tone was playful, but the meaning profound. Meek supporters had criticized the White House for tacitly backing Gov. Charlie Crist, who recently became an independent, in his Senate bid. At the sandwich stop, Obama clearly threw his weight behind the Democrat. In turn, Obama seemed to imply, Meek would need to turn the race around and step forward as a force in the state.

During the primary, Meek lived up to expectations, notching a convincing win over his billionaire Democratic challenger Jeff Greene. But he still faces an uphill battle convincing skeptical Democrats, both in Florida and in Washington, that he’s the only candidate who represents their interests — and, more importantly, that he has a better shot than Crist at beating popular Republican Marco Rubio in November’s three-way race. The congressman’s chances remain slim. But his drawn-out battle with Greene appears to have bolstered his support from up north and helped rally Democrats around the battle-tested, if not totally battle-ready, the candidate.

Meek has thus far struggled to make his mark in Florida’s chaotic, crowded race. When Crist announced this spring that he was dropping out of the GOP primary and running as an independent, effectively splitting the conservative vote with Rubio, it looked like a blessing for Meek. On the next day, however, Greene decided to challenge Meek for the Democratic nomination and the party was thrown into turmoil. Democrats lacked a dominant candidate, and polls showed Crist off to an early, healthy lead over both Rubio and Meek. As a result, many Democrats, long skeptical about Meek’s chances of extending his base of political support beyond south Florida, either stayed mum or drifted toward Crist.

“Despite Obama carrying the state in 2008, Democrats haven’t been very optimistic about Florida this year from the beginning,” explains Ed Kilgore, managing editor of The Democratic Strategist. “When [Crist] switched and immediately was running ahead of Rubio, that was like a gift.”

Crist sensed the receptiveness among Democrats and implicitly courted traditional liberal interest groups by vetoing a merit pay bill for teachers and another bill that would have forced women to have an ultrasound before receiving an abortion. He also talked up a conversation he had with Senate Majority Leader Harry Reid, stoking hopes among liberals that he might caucus with the Democrats if elected.

On top of that, some Democrats in Washington made moves that implied the White House was silently standing behind Crist. And SKDKnickerbocker, a leading polling and communications firm headed by a number of prominent Democratic operatives like Anita Dunn, Obama’s former communications director, gave new life to the whisper campaign when it agreed to take on Crist as a client.

The party faithful reacted with confusion, and sometimes anger. Some Democrats described the SKDKnickerbocker decision as a slap in the face to Meek. The Obama administration dismissed accusations that it was anything other than firmly behind Meek, but anecdotal evidence to the contrary kept fanning the flames. After Senior Advisor David Axelrod refused to explicitly commit the president to campaign for Meek, members of the Congressional Black Caucus became livid.

“If they do not step up their support for Kendrick, then they cannot expect that I and my allies will support them in 2012,” Rep. Alcee Hastings, D-Fla., told Politico at the time, right after describing the administration’s treatment of Meek as “poor.”

Then came the news that Democratic pollster and former Hillary Clinton advisor Mark Penn was hosting a Crist fundraiser in his Washington home in early August. The party supported the narrative that Dems were jumping ship for Crist, but it also provoked a backlash among loyalists.

In Florida, the Greene campaign also ginned up shock and anger among Democrats on Meek’s behalf — in no small part because Greene profited from the bust of the housing bubble, which has decimated Florida’s economy. “Because of their fears about Greene and what he represented as a self-funder, the symbolism of his relationship with the housing meltdown, and some of the people around him… a lot of Democratic loyalists have probably gone to Meek’s standard who might not have otherwise,” says Kilgore.

Greene’s profligate spending and sleazy dealings soon provoked a backlash big enough to help consolidate support for Meek among powerful Democrats who couldn’t stand to see Greene’s name on the ticket. The chance that he could spend his way into office forced wavering Dems to show their hand and raise Meek’s profile in the process.

In direct response to Greene’s attempt to spend his way into office, Ben Pollara, a former finance director of Hillary Clinton’s presidential campaign in Florida, formed an independent expenditure committee called “Florida Is Not for Sale.” He managed to attract wealthy Florida donors, like real estate mogul Stephen Bittel, who were happy to donate large sums to defeat a man who made millions betting against the housing market.

When it came to attracting big-name endorsements and appearances on behalf of Meek, Greene’s involvement had the same effect. While campaign insiders admit the congressman’s relationship with the White House was “rocky” at first, Meek campaign spokesman Adam Sharon says that what mattered more than little slights from Democratic operatives were the appearances that President Obama and former President Clinton eventually made with Meek in the home stretch.

“It definitely sent a strong message to have allies come forward, especially in the primary, to help vis-à-vis the ground game,” argues Sharon. “Jeff Greene helped in terms of accelerating that process.”

Even before winning the primary on Tuesday, Meek’s camp has been busy making the case that it’s now in a better strategic position than Crist to win in November. Crist will be no match for the get-out-the-vote efforts of the party machines, they note, and he’ll get hammered on all sides for being untrustworthy and unprincipled.

“The path to victory is clear,” argues Bittel. “You go after the democratic base, get 37 to 38 percent, and you win. We think Rubio tops out at around 30 percent, and when everyone beats up on Charlie for picking every side of every issue, we think his numbers will drop too.”

Although Meek still trails badly, to some extent recent poll analyses are bearing out his camp’s theories about Crist’s support. “A significant part of Crist’s support among Democratic voters is African-Americans. Crist continues to draw 19 percent of the black vote,” noted Mason-Dixon pollster Brad Coker. “Meek got 68 percent in May and 70 percent in August. Again, once Meek raises his profile by winning the Democratic primary, it is questionable if Crist can continue to draw almost 20 percent of the black vote.”

When it comes to attracting the support of party operatives and donors in Washington, however, a lot could hinge on factors outside Meek’s control — like Democrats’ efforts to maintain a majority in the Senate, and the indications Crist gives as to who he’ll caucus with if he wins.

“For Washingtonians, that’s the ballgame,” notes Kilgore. If it looks like Democrats might be in danger of losing the Senate, all eyes will turn to Florida, Kilgore predicts, and “the more it becomes a pressing question, the more pressure Crist will be under to set out his intentions. Democrats will have to think about the fact that Crist’s been a Republican his whole life — it’s not like he chose to leave — and all things being equal, it’s got to be assumed that he’ll caucus with the Republicans.”

Crist, of course, has no incentive to reveal his hand, and he’s thus far maintained that he’ll caucus “with the people of Florida.” Whether that phrase will continue to reassure Democrats as the contest gets down to the wire remains to be determined, but Meek’s campaign is already trying to use it against him.

“His M.O. is ‘do what’s right for me, first and foremost,’” charges Sharon, previewing a line of attack that’s sure to continue from Meek’s camp. “The answer to who he’ll caucus with, but more broadly what does he stand for, what are his values, is a mystery to people because it’s a mystery to him.”

However many hypotheticals the Meek campaign lays out, however, Democratic fundraisers note that it won’t mean anything unless his poll numbers start climbing steadily, and soon. Most strategists believe the three-way race will effectively become a two-way battle — the casualty being either Meek or Crist, depending on whom Democrats think has a better chance of winning the whole thing.

Crist is all too aware of this calculus. When the governor turned up at the St. Petersberg Coliseum in light rain on Tuesday morning to cast his ballot, reporters prodded him for reasons as to why Democrats should support him in November rather than Meek. “I can win,” he replied.

Crenshaw says he will donate illegal campaign contributions to charity

OOldPolitics
Florida's Catholic bishops repeated their plea for Gov. Rick Scott to call off the execution of Manuel Valle, the subject of Scott's first death warrant.
OOldPolitics
When the polls are averaged, Florida is coming up undecided in almost all seats for Congress and governor.…