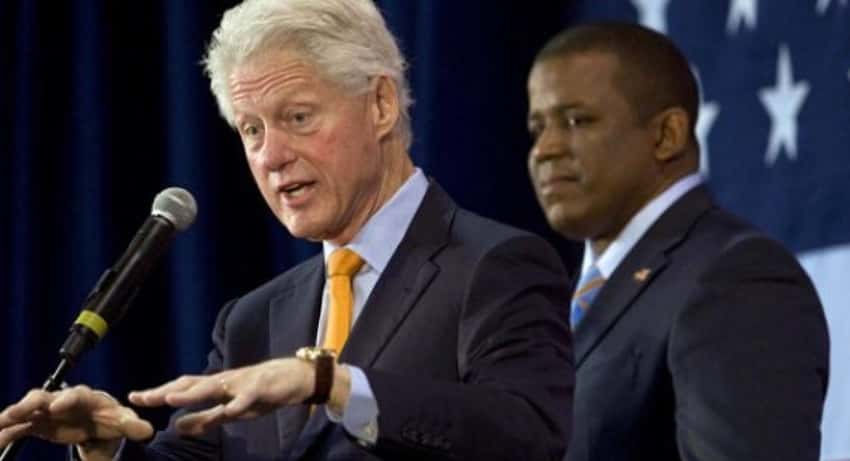 The contest focused largely on each candidate’s experience, personality, and background. Meek went after Greene for everything from profiting off the collapsed housing market in Florida by making investments anticipating that the real estate bubble would burst, to his spotty record as a Democrat (he ran for Congress in California as a Republican in 1982), to his short tenure in Florida (he became a resident three years ago).

Greene took aim at Meek’s record as a U.S. representative, his association with a now-convicted developer who employed Meek’s mother, and numerous allegations of self-dealing as a congressman, including accusations he misused taxpayer funds to lease a car in Florida.

Both the state and national Democratic parties officially endorsed Meek. That support, along with high-profile assists from national figures like former President Bill Clinton, helped the candidate withstand a barrage of more than $23 million worth of TV and radio ads launched by the Greene campaign. In contrast, Meek only spent about $3.5 million during the primary.

That leaves him with about $2.5 million left as he enters what promises to be an even tougher battle against two well-funded, experienced, and well-rested candidates in the general election: Republican Marco Rubio and independent Charlie Crist — neither of whom faced primary opposition. Rubio has about $4.5 million cash on hand, while Crist has about $8 million.

Crist’s run complicates things. He was elected governor of Florida as a Republican but has left the party and struck out on his own, potentially luring coveted independent and swing voters from both parties. Crist has been reaching beyond Republican and independents, to woo middle-of-the-road Democrats with some apparent success.

So Meek emerges into this three-way race behind in the polls. He averages 17 percentage points, compared to 35.4 for Rubio and 34 for Crist, according to an average of five polls compiled by the website Real Clear Politics. He’s also behind in fundraising and has the least name recognition of the top three candidates.

That’s because the primary galvanized Democratic support for him that he maybe did not have a month ago, and that may open up new donors. But Meek risks losing voters to Crist if he doesn’t appear to be winning. “The question is how long that support can that be sustained if he doesn’t keep competitive poll numbers,” Eldon says.

Who is Col. Mike McCalister?

PPolitics
Sen. Bill Nelson, D-Fla., is now the only statewide elected Democratic official in Florida — meaning he will likely face a stiffer challenge than his opponent in 2006, former Florida Secretary of State Katherine Harris. But a Public Policy Polling survey (.pdf) shows Nelson with solid favorability ratings for an incumbent, though many statewide still don’t know him since he was first elected to the Senate in 1998.
PPolitics
Democratic Attorney General candidate Dan Gelber today proposed the creation of a Public Corruption Strike Force in an…