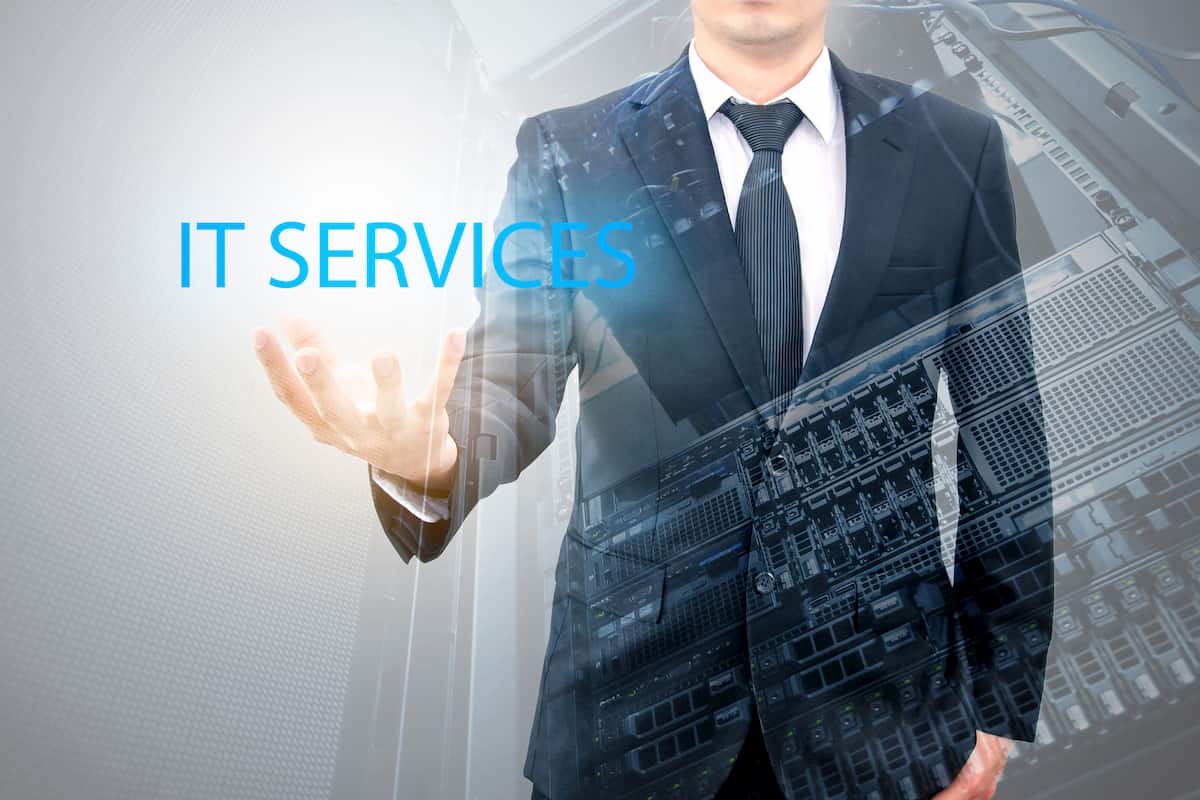 Managed IT Services: These Are the Key Things to Know

Are you tired of having your business networks go down? Do you find your company losing thousands of dollars in productivity because of slow technology? Do you wish you could upgrade, but you don’t have the funds on hand to buy the necessary hardware?

The right managed IT services package will greatly improve and enhance your business’s operations at a far more affordable initial cost. In this article, we’ll answer the question of what is managed IT services and why your company needs to consider hiring one.

What Are Managed IT Services?

Managed IT services are essentially a delegation of your company’s information technology operations to a third-party. This involves several components.

The first is the actual hardware that powers your network requirements. Whether it’s your proprietary network that employees need to work on or a web-based product accessed by paying customers, managed IT service providers will have the necessary hardware to deliver the cloud computing functionality your business needs.

Another important component is personnel. If you’re low on operating funds, you may not able to hire IT personnel. After all, employee costs are more expensive than just salary. You also have to consider benefits, recruiting costs, and much more.

That’s again where IT managed services come in. You can outsource the maintenance of your network to them. They can set up cybersecurity measures, monitor downtime, and do anything else that an in-house IT department would do.

What Benefits Do Managed IT Services Provide?

Now that you know what the managed services model is, it’s time to talk about the benefits that one can provide.

The primary benefit that these services provide is a way for you to spread out IT costs over time. These services typically work on the basis of a monthly fee. You don’t have to absorb the enormous cost of buying a bunch of hardware and hiring IT employees upfront. You can instead amortize this cost over a longer period of time.

Secondly, the right service provider can also scale efficiently with your business. They’ll have lots more hardware on hand and lots more personnel to support your business.

If your company goes viral and explodes in growth, it will need more tech fast. IT managed services can deliver support for that tech faster than you could in-house.

It is worth noting that there is a disadvantage to managed IT services. The disadvantage is that you never own the hardware equipment. Just as with renting a house, the money never goes to equity in the property. However, given the maintenance costs of keeping up such equipment, this may work out in your favor, especially in the short-term.

Improve Your Business Operations with Managed IT Services

There you have it. Now that you know what managed IT services are and what they can do for your business, there’s only one thing left to do: find the right provider to suit your company’s needs!

For more tech advice, check out the rest of the website!

Lawsuit Help: When to Get an Attorney for a Car Accident

How to Do Corporate Travel Planning: Your Complete Guide

Front-end languages are a thing in the modern world. Today  Outsourcing Developers in Eastern Europe FreezePro Software will focus our attention on JavaScript and the most effective frameworks of 2015 based on it.

20 years ago, Brendan Eich created it, and ever since that, this language does not lose its popularity. Thankful to the need to maintain front-end pages, JavaScript becomes even more prevalent. This language is also known as EMCAScript; Mozilla has implemented the newest EMCAScript 6 in their latest build.

JavaScipt found its usage as a prototyping scripting language; its key feature is dynamic typing. Plenty of improvements and expansions recreated this language from front-end-oriented into the multifunctional toolkit. The work of an incalculable number of developers resulted in plenty of JavaScript libraries and, of course, libraries.

It was the year 1995. The talented developer, Brendan Eich, creates this profound scripting language while three corporations predict its appearance: NetScape, ECMA International, and Mozilla.

Soon after, other developers started using this language to create significantly performable frameworks. The introduction of node.js allowed creators to develop complete JavaScript applications. SpiderMonkey, V8, Chakra and many others have become the major implementation of this language.

One thing should also be pointed out – the difference and similarity between Java and JavaScript. The “Java” part in the name of our today’s main character confuses many people all over the world.

“JavaScript” is a result of the marketing-oriented strategy. At that time, Java programming language was at the peak of its popularity – and this decision helped JavaScript gain its target audience.

The rapid development of your applications can be achieved by using JavaScript frameworks. However, creating a web application in pure JavaScript is not really a real-life scenario (even though it can be a useful learning experience). A number of frameworks provide developers with shorter and faster coding.

Using JavaScript frameworks and libraries allows you to enhance rapid development and prototyping. For instance, single-page web applications can be powered by Angular.js. Even though most the modern frameworks use MVC principle, some of them use MVVM, MVP etc.

The usage of terms “framework” and “library” might confuse you. Moreover, the developers use both of the terms interchangeably. You should know the difference between the two terms to make the best out of it.

Unlike in libraries or standard user applications, the overall program’s flow of control is not determined by the caller, but by the framework itself. Pre-defined rules help the developer improve a cross-platform performance of the application.

In its turn, the library typically is a collaboration of methods and tools that can be used by the programmers without any dictated rules or guidelines.

This framework is considerably the most powerful, useful, and, consequently, popular JavaScript framework in the world.

When Google released it in 2009, the expectations were quite unpretentious. However, Angular.js has become truly popular due to its possibility to rapidly build single-page web applications. So-called directives also enhance it.

They add reusable codes to the application and provide the application with necessary dynamic functionalities. Manipulating DOM is easy – that is why you can without troubles ass behavior and CSS to the HTML DOM elements.

You might have figured out the hint – this minimalistic framework provides the necessary backbone to web applications. It is available under the MIT license and claim to be open source.

Backbone’s significant feature is its ability to act as the base of a multilayer web project. You may find useful tools inside, for instance, model building using key-value binding, tons of enumerable objects with usable API etc.

You can use other frameworks on top of the web application set. Backbone.js can be used with other toolkits it massive projects. The appropriate mix of functionality and performance is accomplished by framework’s small size and lucidity.

This framework is considerably one of the most useful front-end frameworks – for a reason. It works as the V in MVS, which means that it can be used to create the UI constituent of your project.

With the help of the node.js, it can be rendered on the server side; its performance is also enhanced by involving a virtual DOM. If you need to recreate your front-end component into an interactive element, React.js will help you with it flawlessly.

This is proved by usage experience of such companies as Instagram and Facebook. React.js achieved the name of one of the best UI frameworks for creating high-performance and responsive web applications – and all this with only 2 years on the market!

If you need to create full-process end-to-end web applications, developers will recommend you to try Meteor.js – and this commendation will be quite veracious.

Since its appearance in 2012, this framework has proved that a platform can be truly multifunctional and cover all the tasks without additional libraries or frameworks.

Moreover, Meteor.js is being permanently improved – its community contributes to the core of the application regularly.

This framework allows developers to tackle through various sections of the framework – thanks to its modular design. It also covers virtually all the phases of development (frontend, backend etc.), which enables to swiftly create real-time applications.

With the use of the MVC principle, this rather popular JavaScript framework is used to create complex web applications. Within it, two main mechanisms are implemented.

The first is similar to the two-way binding that Angular.js uses; it helps synchronize all the processes – for instance, the change in model initiates an immediate adjustment of the model. The second mechanic is the fastboot.js module.

You are right if you compare this mechanic with react.js’s ability to render DOM on the server side. With these two features, even scalability is not quite an obstacle to getting the best of this framework. Likewise, tons and tons of learning material about Ember is available online.

Originating in 2013, this Google-powered framework has already gained popularity. This platform has much to offer including the ability to create and extend HTML or other web components. Even though Polymer.js has just released an alpha version, it already has numerous followers.

This ambitious project has been on the market less than a year. It is backed up by a team of skilled professionals, so we look forward to something special.

Using the hints from Angular 1 and 2, this framework helps create powerful and responsive applications. The architectural design is also customizable and offers limitless control over the framework.