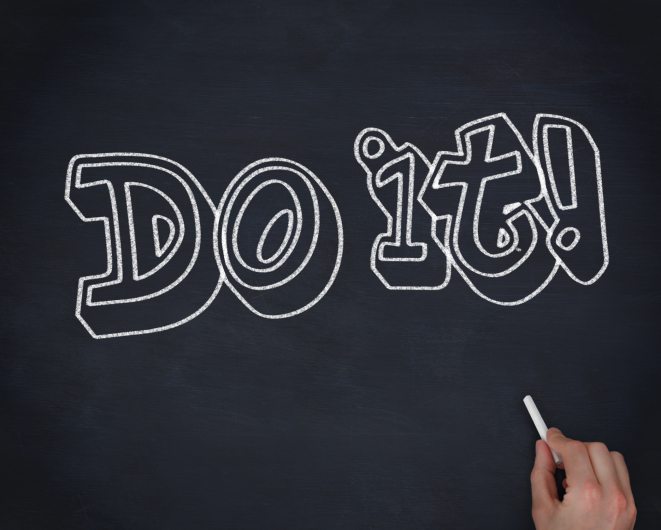 “How wonderful it is that nobody need wait a single moment before starting to improve the world.” – Anne Frank Think about how many… The post Making Your Ideas Soar appeared first on Early To Rise.
0
Shares
0
0
0
0

“How wonderful it is that nobody need wait a single moment before starting to improve the world.” – Anne Frank

Think about how many good ideas you have had or been a part of in the past, either in casual conversation, in business meetings, or at conferences and trade shows. How many of them did you execute? And how many somehow slipped away?

To keep a good idea going forward, you can’t leave it alone. You need to exert a lot of good force behind it right away, and then you have to keep that force building as time moves on. Getting a jump on the idea as soon as you get it creates the initial force … and getting specific tasks accomplished to propel it forward, even if they aren’t done perfectly, adds to it.

It’s what I call the “Ready. Fire. Aim.” approach to making things happen.

Let me give you an example of what I mean …

When I was in college, I spent one summer working for a guy who had a business installing above-ground pools. It took three of us – my boss, me, and another worker – about three hours to install one of those pools, from start to finish. We were putting up about three pools a day, and my boss was charging $300 a pool. The other guy and I were being paid about $50 a day to work 10- to 12-hour shifts.

It didn’t take much more math than I had (very basic – I was an English major) to figure out that my boss was making a lot of money. His expenses (truck, gas, equipment, etc.) couldn’t have been more than $100 a day.

That’s what gave me the idea to go into the pool business on my own the following summer. But I knew I didn’t have the get-up-and-go to do it myself, so I pitched the idea to a couple of my friends, Peter and Eric.

Peter had just gotten married and didn’t have the luxury to fool around like his single buddies. He needed to start making good money fast. When he heard me talk about how much my boss made, he realized we could do the same if he could just get something started before Eric and I got bored with the idea and went on to something else.

Peter didn’t waste time trying to learn about pool construction, printing up business cards, or buying tools. He went home, pulled out the Yellow Pages, picked up the phone, and began calling companies that were selling above-ground pools.

The next day, he called to tell me that he had gotten us an “audition” with one of them.

“An audition? What do you mean?” I asked.

“Well,” he said, “we’ll put up one of their display pools for free. And if they like our work, they’ll begin recommending our installation service to their customers.

“What kind of pools do they sell?” I asked.

“I didn’t ask any questions,” he said. “I just told the guy that we could do a great job and so he offered us a chance.”

Despite the fact that we knew nothing about the type of pool this company was selling – and that neither Peter nor Eric knew anything at all about pool installation – we agreed to give it a shot.

The next Saturday, at six o’clock in the morning, the three of us were in the company’s display lot, looking at a pool that was much bigger and more complicated than anything I’d ever put up.

“So what do we do first?” Peter asked me, while the owner of the company peered at us through his office window.

“Just act like you know what you are doing,” I whispered.

That pool fell down three times before we got it up correctly. It took us 12 hours, but we did a good job and got our first recommendation to one of the company’s customers. We did a good job on that one too (and a lot faster), and started getting regular recommendations. A month later, we had three crews working for us, and we were each making more than $500 a day.

We worked for about 15 weeks non-stop, including weekends, and at the end of the summer I had paid back all my college loans, invested about $15,000 into remodeling my parents’ house, and bought myself a little car.

That was my first experience as an entrepreneur … and it never would have happened were it not for Peter’s willingness to get us into the business before we had done any planning or preparation.

That’s the same approach Alex Tew, a college-bound 21-year-old, took when he realized his bank account was overdrawn and he needed cash to pay for his school expenses. With only a month to go before classes began, he stayed up one night and brainstormed money-making ideas … until he came up with one that seemed especially exciting.

The concept was relatively simple. He would sell blocks of advertising space on a website for $1 per pixel. His goal was to sell a million pixels.

Tew had a bit of experience designing websites, but he was hardly an expert. And he didn’t have time to learn more about it or fiddle around with a business plan. So he went to work and threw together the best site he could with a very modest investment of $100. He called it MillionDollarHomePage, and had it up and running in two days.

Since he knew the general public wouldn’t buy space on his website until he had some momentum going, he asked his friends and family members to kick things off by buying the first 1,000 pixels. He used the money from those initial sales to write and send out press releases to the local media, which responded very favorably to the quirky story. Before long, it got national attention.

Within two weeks, Tew had sold $40,000 worth of pixels – enough to cover his entire tuition. When the media in 35 other countries picked up the story, demand soared. Within five months, he reached his crazy goal of selling a million pixels.

On January 11 of 2006, he sold the last ad space on his site for $38,000, putting him well over his million-dollar goal. “I’ve spent probably about $40,000 maintaining the site and publicizing it,” he told the press, “so there’s been some expense associated with it. Still, it’s a healthy profit at the end of the day.”

The “Ready. Fire. Aim.” approach is responsible for most of the business success I’ve had. It’s an approach that, for better or worse, has always come naturally to me.

Looking at it from the outside in, it can seem to be impetuous or even foolish. But for me, it feels like something I have to do in order to have any chance of succeeding.

The next time you have a good idea, tell yourself, “Ready. Fire. Aim.” And give it your best shot. In my experience, that will get you close enough to your target.

[Ed Note: Mark Morgan Ford was the creator of Early To Rise. In 2011, Mark retired from ETR and now writes the Palm Beach Letter. His advice, in our opinion, continues to get better and better with every essay, particularly in the controversial ones we have shared today. We encourage you to read everything you can that has been written by Mark.]
0 Shares:
Share 0
Tweet 0
Pin it 0 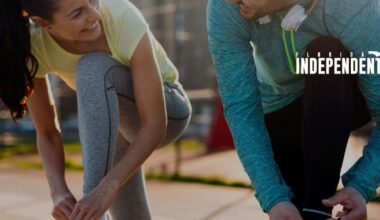