The Love Affair Between Miami and Cryptocurrencies

It’s no secret that Miami has a bit of a love affair with Bitcoin. This year has again seen them host the Bitcoin Conference. Will this lead to more cryptocurrency businesses making Miami their home?

Residents of Miami are no stranger to using cryptocurrencies to make their payments. It’s one of the fastest-growing cities for cryptocurrencies. Politicians are realizing that making the places they govern crypto-friendly can bring good results to their economy. Cryptocurrencies know that they have a battle on their hands to gain acceptance. They yearn for a tweet that speaks well of them and fears those that don’t. Cryptocurrencies such as Bitcoin still remain volatile when it comes to their value. Stability in that area is something that is required if they are to gain in popularity.

Every time a business in Miami accepts Bitcoin as a payment method, it’s another big step forward for them. While the older generation may still be wary of Bitcoin and other cryptocurrencies, that doesn’t seem to be the case with younger millennials.

They see all of this as something new and exciting, not a volatile currency that could bring about losses. Listening to the positives is what the younger generation seems to be doing. It also appears that ownership of a cryptocurrency can get you tickets for exclusive shows and networking opportunities.

That desire by Bitcoin to have big-name supporters exists in Miami. Mayor Francis Suarez is a massive supporter and even gets paid in Bitcoin. Being friendly to cryptocurrencies is a two-way street though, the MetaworldGambler reports. The desire to become crypto-friendly is becoming important. That’s the case in the UK at present where the government has set out plans to make them the ideal home for crypto businesses. That may include some regulation of cryptocurrencies to lower the fears that exist re volatility.

Back to Miami who knows that they too can attract more business by being crypto-friendly. A Miami Coin being launched is another step in that direction. This was a partnership between the city and CityCoins and the hope was millions of dollars would be earned.

It’s a project that the Mayor fully backed of course. He tweeted that it is “an innovative project that creates resources for our city through innovation not taxation.” The city cashed out a total of $5.25m and it’s going to be put to good use. The cash will go into a rental-assistance program. That gives help to those in rented accommodation but have seen the amount needed to be going up by over a fifth.

Just how much more is going to be allocated to that fund isn’t known. The problem is that MiamiCoin is showing the qualities that cryptocurrencies do. It has seen its value rise to six cents at one stage but has lost 90 percent of that highest figure.

It’s an experiment that the Mayor isn’t so sure about now. He recently admitted: “I don’t know whether it’s going to work or not. Innovation doesn’t always work.” One problem seems to be a lack of understanding by some about what the MiamiCoin is all about.

That remains a problem, but Miami will continue to embrace Bitcoin. The conference will likely return in 2023 and who knows what its price will be when that takes place.

The Growing Links between Cryptocurrencies and Sport

How to Create a Killer Social Media Advertising Strategy

Read More
The Sunshine State is known for a lot of things: beaches, scenic views, theme parks, and acres of…
BBusinessGambling 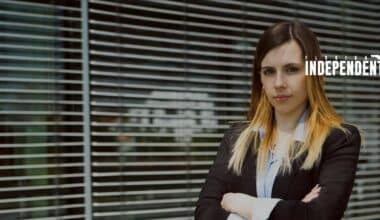