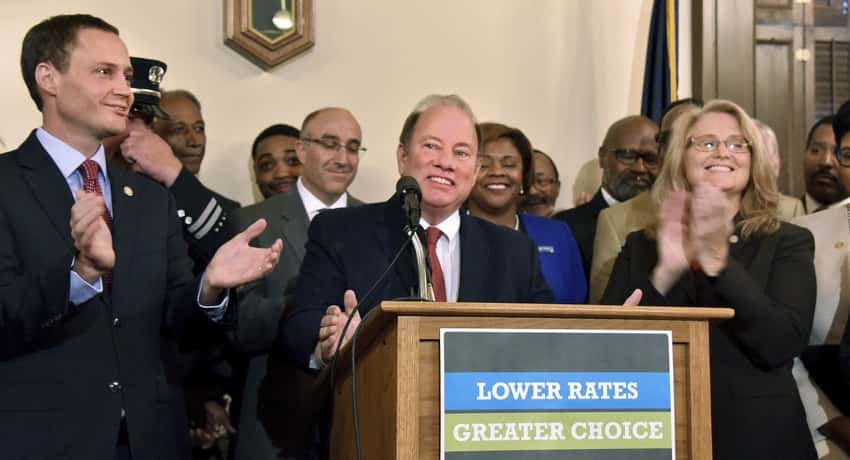 A group of lawmakers stuck around the day after the special session of the Florida legislature to hear testimony from the sundry groups that would be affected by a sweeping overhaul of the state’s Medicaid system, from doctors and nurses to patients and insurance companies.

The day-long hearings focused on ways to control the rising costs of the program, underscored by Tuesday’s non-binding resolution signaling the legislature’s intention to move patients into privately managed care companies and calling on the federal government to give it the necessary leeway.

State Sen. Joe Negron, R-Palm City, said the overhaul would require a shift in the focus of the Florida Agency for Health Care Administration, which oversees Medicaid programs at the state level. Its primary function would be administering and enforcing the contracts of private providers.

The goal would be to shift the risk of rising costs from the state to private entities, he said, echoing a point made by Dean Cannon, the new Speaker of the Florida House.

The U.S. Centers for Medicare and Medicaid Services would have to grant the state a waiver to allow a wholesale switch to private managed care. State Sen. Don Gaetz, R-Destin, acknowledged that isn’t likely.

Tuesday’s resolution called on the federal government to grant states more discretion in implementing Medicaid, in a manner modeled after the welfare reforms passed under the Clinton Administration. Negron conceded that would probably not be realistic in the short term, given the political reality, but both he and Gaetz said the legislature would do what it could during its spring session, not wanting to “kick the can down the road.”

Some critics at the hearings worried that by shifting the risks to private providers intent on protecting their bottom lines, any savings could come on the backs of vulnerable patients.

“There’s no way we should be profiting from any of these individuals, ever,” said Laura Mohesky, a social worker who helps arrange care for disabled Medicaid recipients. She arrived with a contingent of patients from Brevard County, clad in T-shirts bearing the slogan “bureaucratically impaired.”

Gaetz said cost-conscious private providers could find savings while improving access if they focused on primary and preventative care that kept patients out of emergency rooms, nursing homes, and other more expensive forms of treatment.

“The way to save money is to prevent costlier care,” he said.

A statement of principles released by Cannon announced the intention to expand a pilot managed-care program begun under Jeb Bush that currently covers patients in five counties. That program is set to expire at the end of June unless the federal government grants an extension, which the state is currently seeking.

Critics, including Alisa Snow of the Alliance for Pediatric Therapies, warned that patients under such a program could face cuts in services.

But Negron said that patients aren’t satisfied with the existing program. The question lawmakers said they face is not whether the system should change, but how.