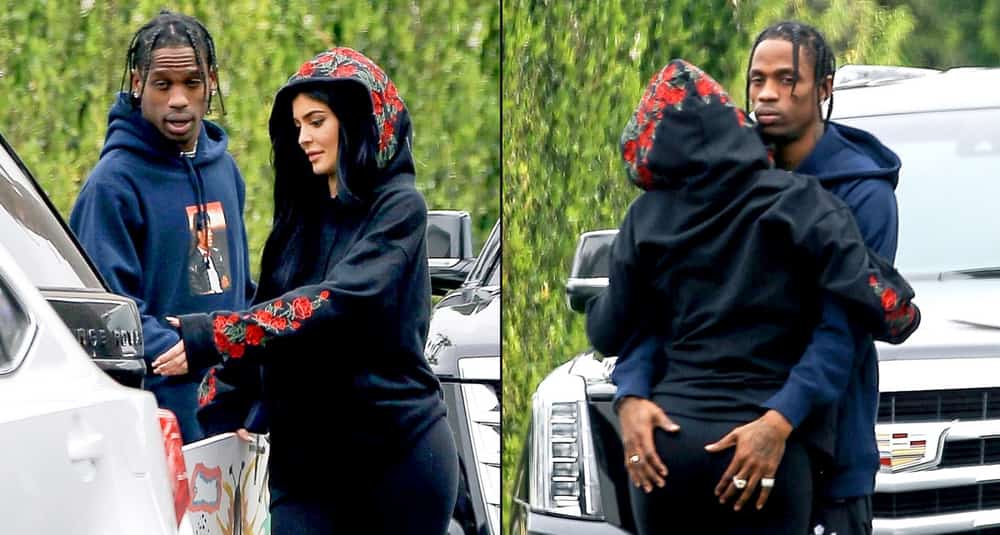 Are Kylie Jenner and Travis Scott Getting Married?

Having welcomed their new baby, Stormi, last month, many have speculated whether marriage is next on the cards for the makeup mogul, Kylie Jenner, and rapper, Travis Scott.

Keep reading to find out the truth about whether Kylie Jenner and Travis Scott are getting married.

Why Could Marriage Be Next?

Having taken extensive measures to keep Kylie’s pregnancy a secret from the world, Kylie Jenner and Travis Scott finally confirmed the rumors on February 3rd with an Instagram post. This was followed by a 9-minute youtube video that showed Kylie’s pregnancy journey.

The couple has been private about their relationship until this point, never posting anything obvious about each other on social media. However, the video showcased the first public footage of the couple and they seem closer than ever.

Now the two are past the secrecy and back in the limelight, Kylie has returned to social media to showcase the lavish gifts her baby daddy has bought her. Even a month after the birth, Scott is still showering Jenner with hundreds of pink flowers.

However, the most lavish gift she’s received from the rapper was a $1.4 million Ferrari! The two don’t seem to be afraid to show each other (and the world) their commitment to the relationship.

Could the next gift be an Alianzas de Boda ring?

Another possible clue for their upcoming nuptials is baby Stormi’s last name. Travis Scott is actually a stage name, his real name is Jacques Webster. Therefore, Stormi Websters’ surname could convey the commitment Kylie feels to her beau.

Then again, Kylie could just be a fan of tradition.

Is Marriage the Right Choice?

On the other hand, marriage might not be the obvious next step for the couple. They reportedly have only been dating since April 2017, which is less than a year.

Stormi was born on the 1st of February meaning Kylie fell pregnant only 1 or 2 months into the relationship. They may be desperate for some uneventful time now their baby girl has been born.

In addition, Kylie may be hesitant to follow in the footsteps of the rest of her family. The Kardashian/Jenner’s have shared many unsuccessful relationships and marriages over the years which has garnered a firestorm from the press each time.

Some of the most famous being when her mum and dad divorced after 23 years together due to Caitlyn Jenner’s transition and then, of course, there’s Kim’s infamous 72-day marriage!

As she was just a teen when she fell pregnant, we can probably assume little baby Stormi was a surprise. Although they were forced to take such a big step so young, they might not be keen to go any further.

Although Scott is 25, Jenner is only 20 making her the youngest of the Kardashian-Jenner clan. I can’t imagine Kris Jenner would be keen for her youngest to make such a life-changing decision so early in life.

What Does Tyga Think?

There has been a lot of speculation on what Kylie’s most recent and significant ex, Tyga, thinks about the recent developments. Many sites have claimed Tyga believes Stormi is actually his and is trying to cause trouble.

However, in a recent interview, he took a very respectful approach stating, “She has her new life, I have my new life and that’s it.” So maybe there’s no drama after all.

Keep Up to Date With Kylie Jenner and Travis Scott

I guess we’ll never know what the couple is really thinking until the next internet-breaking Instagram announcement.

Now you know you’re totally up to date with what’s going on with Kylie Jenner and Travis Scott, check out our other blog posts on travel and entertainment today!

How to Lower the Cost of Your Personal Health Care

Financing Your Beauty Makeover on a Budget