Citizens in North Florida marked a pivotal victory earlier this month with the adoption of a first-of-its-kind law that will ensure the Wacissa River and surrounding public waters are protected from private water bottling interests for generations to come.
0
Shares
0
0
0
0

Citizens in North Florida marked a pivotal victory earlier this month with the adoption of a law designed to ensure the Wacissa River and surrounding public waters are protected from private water bottling interests for generations to come.

On Sept. 15, the Jefferson County Commission voted unanimously to approve the Aquifer Protection Ordinance, which requires four out of five county commissioners to approve any consumptive use permits requested by companies seeking to withdraw water for commercial use. Previously, the authority to issue such permits resided with laypeople at the Suwannee River Water Management District, with no accountability to the local community.

This latest development comes on the heels of Nestlé Waters North America announcing in May that the Swiss-based multinational corporation — the nation’s largest water bottler, with a 36 percent market share — was abandoning its plans to establish a 1.5 million-gallon-per-day load station along the Wacissa River that would have served as a supplemental source of spring water for its Deer Park and Zephyrhills brands, which are currently bottled 40 miles away at Madison Blue Springs.

Nestlé claims testing demonstrated that the spring water at Wacissa was not up to their standards, but the community group Friends of the Wacissa, which formed after news broke that Nestlé had established test wells last fall through a secret agreement with a private landowner, is convinced it was their vigorous organizing and outreach that ultimately convinced Nestlé to leave.

“What I heard is that initially, the reports from Nestlé were all thumbs up, 98 percent pure, it was a real motherload of water, and that’s what really got us motivated,” says Tommy Thompson, a history teacher at Deer Lake Middle School in Tallahassee and a founding member of Friends of the Wacissa.  “It was all thumbs up, green light, here we come, and it was only after there was this community uproar that they discovered that the water wasn’t really up to their standards.”

Although he is a resident of Leon County, Thompson says that he, like many others who lived outside of Jefferson County, would travel to monthly organizational meetings in Monticello to address what was recognized early on as a regional issue whose impact would resonate far beyond Wacissa.

“Without hesitation, I can say that I feel it was the community’s collaborative effort to influence our local government to reflect what we wanted,” says Thompson. “As a social studies teacher, I think this is a perfect example of how things are supposed to work at the grassroots level, when the community stands up and voices their opinion and the government responds appropriately to what the people are saying.  I teach this every day, and this is the way it’s supposed to work.”

Although the Jefferson County ordinance may represent a small step toward protecting public waters from private interests, the move follows a national trend of communities pushing back against water bottlers and Nestlé in particular. The company has earned a notorious track record for backroom dealing and empty promises of economic stimulus, environmental stewardship and job creation.

“Companies like Nestlé are really working to try to convince us that the only place to get safe drinking water is from a $4 plastic bottle, and it really builds a huge market here in the U.S. to cast a doubt on our public water system,” says Kristin Urquiza, director for Corporate Accountability International’s Think Outside the Bottle campaign. “As a result, it’s really created something that 30 years ago didn’t even exist.”

“When it comes down to how they actually get access to the rights of water, there have been a lot of examples of these backroom deals that go very quickly through either a particular city councilor, or a particular individual such as in Wacissa,” Urquiza says.  “There was a piece of land where it seemed like Nestlé had gained access through a private stakeholder. And because they are the world’s largest bottler they have for all intents and purposes compared to small communities like Wacissa unlimited resources to look through, get a lay of the land, and create a strategy to promise jobs that don’t actually pan out, or economic stimulus that doesn’t actually pan out to what the community wants.”

Urquiza goes on to detail other communities her organization has worked with to successfully repel efforts by Nestlé to usurp water rights from communities without their knowledge or approval.

“Another community we worked with recently was McCloud, Calif., which is a really small town, a little bit larger than Wacissa at the base of Mount Shasta,” Urquiza says. “A major source of their income is from tourism, and Nestlé was proposing to establish the world’s largest bottling facility within the community. It was a situation where the town was not given advance notice before there was already a process started to give a 50-year contract to Nestlé to have the rights to actually start bottling in the community. To make matters worse, the 50-year contract had an automatic 50-year renewal attached to it, so it would have been a 100-year lease to the town’s water rights.”

According to Urquiza, “in 2009, folks in Shapleigh, Maine, came together to pass a rights-based ordinance curbing corporate control of water. The people of Shapleigh, as well as the local environment, have priority access to water, which basically made it impossible for bottling to happen, and there have been a lot of issues with Nestlé in Maine.”

“We [also] worked really closely with community groups in Mecosta County, Mich.,” Urquiza says. ”This is another very interesting story, where Nestlé started a bottling operation and it had already been up and running and the local townspeople began to notice that the water levels were changing in their river, and after some investigation they discovered there was a bottling plant. One citizen ended up filing a lawsuit against Nestlé to cap their amount of bottling that was happening, and like the folks in Wacissa they established Michigan Citizens for Water Conservation. MCWC was in a nearly 10-year legal battle to cap the water bottling in Mecosta at levels that would not affect the local ecosystem. That is a really great example of how Nestlé is not afraid of taking a small community and stringing them along. But luckily they were able to defeat Nestlé and put a cap on the amount of bottling that was happening.”

Despite several victories, Urquiza acknowledges that without a cohesive framework in place that addresses water rights issues in the United States and around the world, commercial interests will continue to strategically position themselves for what many see as an unfolding world water crisis.

“It’s undeniable that we’re in the middle of a world water crisis, and in the face of that crisis corporations are looking to control and profit from water, and folks within the U.N. and outside of that system say that the next wars will be fought over water,” says Urquiza. “Currently there’s over 1 billion people that lack access to clean, safe drinking water, and that’s only going to get worse as water becomes an incredibly scarce resource.”

“When it comes to corporate-controlled water, which is the thrust of our campaign, we’re working to expose the role corporations are playing in attempting to control and profit from water in the face of 3.4 million people across the world dying every year because they don’t have access to clean water and sanitation,” Urquiza says.

“Over the course of the last five to 10 years there’s been a lot more exposure as to what’s been happening, but not enough,” she adds. “Water laws are different state by state, and sometimes different even down to the local water authorities. So there is no overarching law that establishes water as a human right, but there’s a movement that’s changing that. Last year the U.N. passed through the General Assembly water as a human right. They have been working with NGOs and countries around the world to figure out what are the guidelines necessary to make this happen. I think in the next couple years we are going to see more of a framework so that countries and states have the tools that they need in order to manage water a little bit more effectively so we can make sure, first and foremost, you and I have access to safe, clean drinking water.”

“There are a lot of ways in which communities can approach their local water rights, and it’s really exciting to see all these different models happening, whether its directly challenging the corporations, working within their city council, or establishing ordinances,” Urquiza says. “I think this is going to continue gaining momentum as more and more small towns are really seeing the impact that bottling has not only on their local ecosystem but also in how Nestlé’s promises just don’t add up.”

Thompson says that while this particular battle may have been won, Friends of the Wacissa will continue to network with other environmental activists in the region to protect not only against water bottlers, but from degradation linked to agricultural runoff, leaking septic tanks, nitrate spikes in the springs and other issues that threaten the livelihood of Florida’s public waters.

“The reason I think we were successful in influencing the county commission to vote for that ordinance was that collaborative, broad-front coalition that we proposed it in and we made ourselves really visible in the community through our efforts of unanimity,” Thompson says. “That’s the thing that I’m the most proud of, is that it’s really democracy at work when the elected officials, who we often feel invisible to in their decision making, they really responded to the people standing up and saying, ‘Hey what a minute. we need to protect our water.’  We put our self-interests in our pockets for a minute to protect what’s most valuable to the community.” 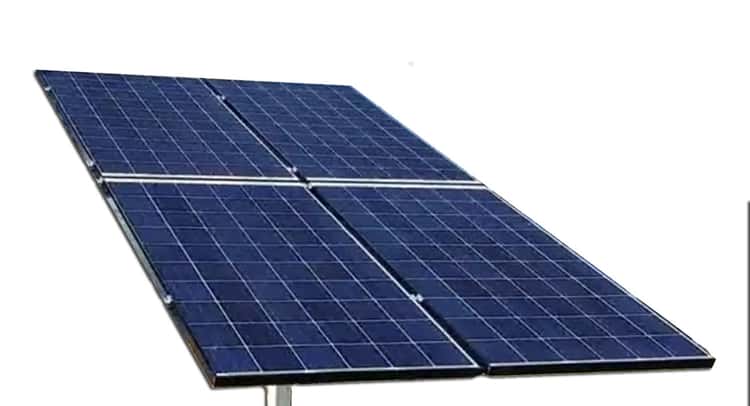 Read More
OOldPolitics
A Florida House subcommittee today debated the pros and cons of a bill (H.B. 421), sponsored by state Rep. Jimmie Smith, R-Lecanto, that has come under fire for taking power away from local communities, which currently have jurisdiction over fertilizer rules.