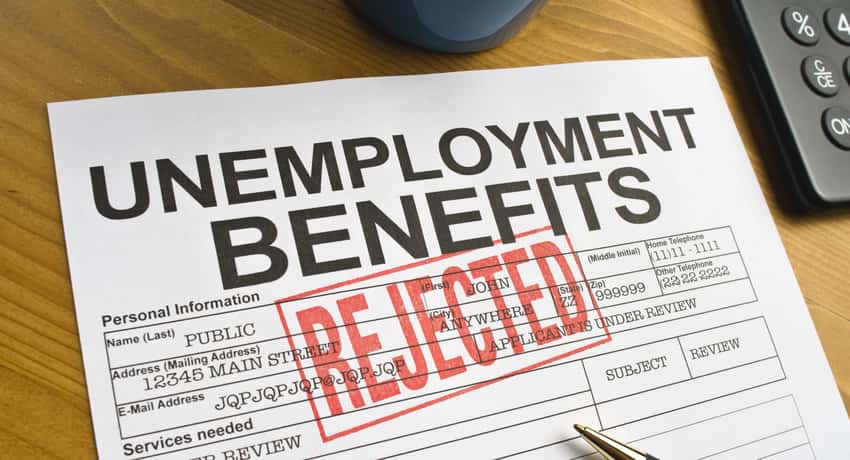 In unemployment benefits extension, a logistical headache for states

People seeking unemployment benefits wait in the lobby of an Employment Development Department office in California (Pic by EPA/ZUMAPRESS.com)

On Tuesday, the Senate plans to vote on a federal extension of unemployment benefits, blocked by Senate Republicans for an unprecedented two months. The swearing-in of Carte Goodwin, the temporary replacement for the late Sen. Robert Byrd (D-W.Va.), will give Democrats the crucial 60th vote to overcome a GOP filibuster and restore unemployment insurance to 2.5 million Americans.

But that poses a real challenge to the state unemployment insurance agencies. They are already overextended, dealing with the massive expansion of the unemployment insurance system to grant up to 99 weeks of benefits to those eligible among the 38 million people who have been unemployed at some point over the course of the recession. Now, with the Senate on the verge of action, states are scrambling to figure out how to retroactively disburse seven weeks of benefits worth more than $10 billion to the 2.5 million people needing them, as quickly as possible.

Part of the problem is that the high unemployment rate has already overloaded state systems. Last month, the National Association of State Workforce Agencies completed a survey of the unemployment insurance providers in all 50 states and the District of Columbia. In the report, 46 of the 51 providers said they had difficulty managing the workflow. And states cited congressional inaction as one source of the headaches. Oregon, responding to the NASWA inquiry, named Congress as its biggest problem: “[Lawmakers’] inability to complete legislation to extend [emergency unemployment compensation] in a timely [manner] has created a substantial amount of work in our UI Call Centers answering inquiries from concerned and panicked UI beneficiaries.”

Those “panicked UI beneficiaries” number in the millions and need answers as to what they are getting, how, and when. Expecting the extension to come through, most state agencies have continued to update their files through the lapse. Though unemployed workers have not received checks, they have continued to file with their state agency to affirm that remain out of work and are searching for new jobs, a requirement to receive benefits. The decision to keep that information current through the Senate’s dithering means that the states will not need to work through a 2.5 million-person backlog of paperwork once the benefits are extended.

But unemployment benefits are allocated using a complicated multi-tier system, with dozens of rules about qualification. Nobody — neither the state agencies nor the unemployed — knows just what Congress will approve and how that will comport with state systems. Will the Senate vote on the House bill? Will the House have to take up the Senate version? Will Congress approve the $25-per-week Federal Additional Compensation funds, tacked onto unemployment checks? How will states deal with disbursing the money? Will they go claimant by claimant or week of dropped claims by week? Confusion over what is happening means that state unemployment agencies are already receiving thousands of questions, overloading call centers.

One issue is that if a worker has had an intervening period of work during the eight-week lapse, he or she needs to inform the state and might qualify for a new tier of benefits. “Say you were a construction worker who got a week-long gig on a project during the lapse,” explains George Wentworth, an analyst at the National Employment Law Project. “Maybe before you qualified for $600 a week in federal extended benefits. You might requalify for a $150 state benefit rate because of those intervening earnings, even if you had weeks of federal benefits left. Congress is, in this legislation, probably saying you can stay on your federal benefits. But all of those people need to be reprocessed, and there is no sense of scale as to how many people that might be.”

Communication — simply getting news about changes and processes — might be the biggest challenge. “You will hear lots of claims from workers, claims that will be accurate, that it will be difficult to get through to staff in the unemployment insurance agencies,” Wentworth says. “The infrastructure has really been operating beyond maximum capacity for some time. This is the most weeks [of benefits] for the most people that states have ever had to manage. Frankly, the systems were designed in terms of capacity based on historical previous high levels of unemployment. And this is the highest level of unemployment since the early 1980s.”

Other problems are state-specific. Some states, such as Georgia, have had no official policy of retroactive payment, but are planning to make make an exception this time — posing a logistical challenge as they update their systems. And in Florida, more than 200,000 unemployed persons might not get their benefits at all. The state included a June 5 expiration on the extended benefits in a state statute. That means that when Washington re-ups the program, hundreds of thousands of Floridians won’t be able to resume receiving their benefits if current law stands, The Florida Independent reports.

“Almost 35,000 workers are losing their only real source of income each week while Congress continues to stall the re-authorization of the extended benefits program,” Florida AFL-CIO President Mike Williams said in a statement. “The fact that these workers and our economy will continue to suffer when Congress does act because of a single line in Florida Statutes is appalling. This program costs the state next to nothing and does not raise unemployment insurance rates for businesses.”

Other states have prepared for the congressional reauthorization but still face an enormous logistical challenge. Norm Isotalo, a spokesperson for the Department of Labor in Michigan, the state with the second-highest unemployment rate at 14 percent, said the state had been working overtime to ensure the more than 120,000 persons in need of retroactive benefits get them quickly. “We’ve been holding meetings in anticipation that the Senate will pass some legislation next week that will restore these federal benefits,” he said. “We will probably make a lump sum payment to people who are owed retroactively. Then, we are going to reach out to people who have exhausted state benefits and never had a chance to apply to [federal extension programs].” He noted the department was preparing for the deluge by keeping additional workers on overtime, but that planning remained ongoing.

OOldPolitics
Sen. Charles Grassley, R-Iowa, and Sen. Marco Rubio, R-Fla., are cosponsoring a bill requiring all employers to use E-Verify, a federal program that allows companies to verify if a job applicant is authorized to work in the U.S.
OOldPolitics
Democrat Alex Sink wants to give state workers a raise. Republican Rick Scott wants to eliminate them by the thousands. Both candidates see immense savings in reshaping state government, but they are proposing to do it in radically different ways.