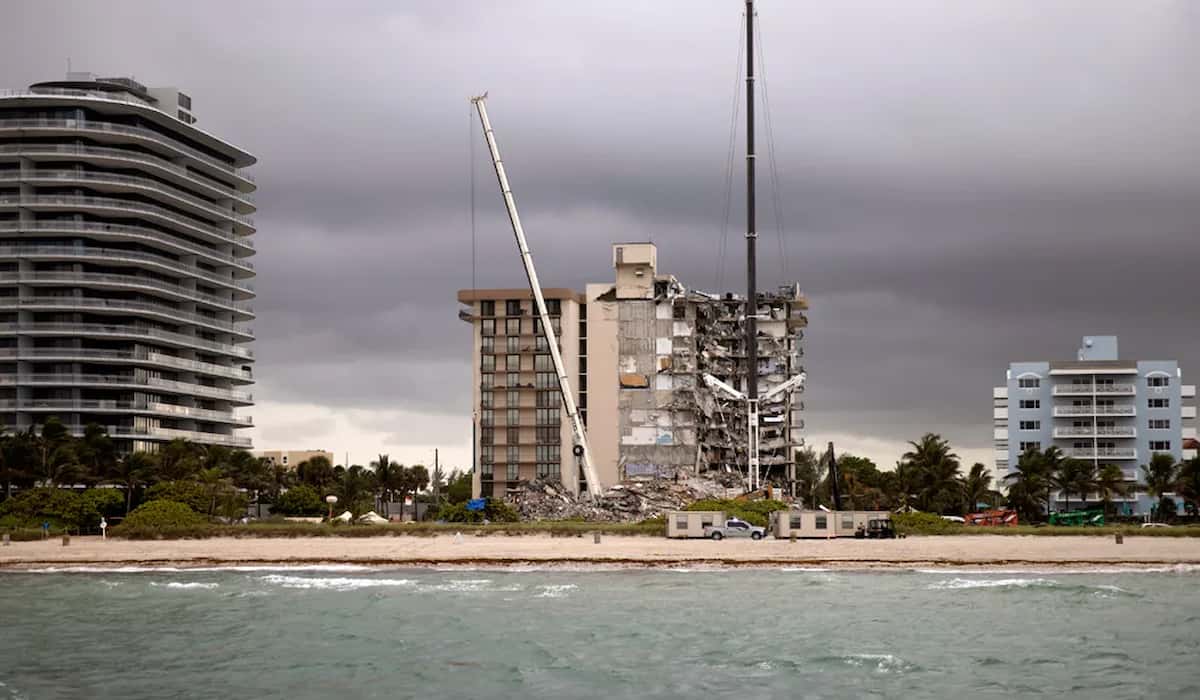 An In-Depth Look At The Surfside, Florida, Condo Collapse

Surfside, Florida, is getting a lot of attention at the moment. For the past several days, rescue efforts have been underway to try to dig survivors out of the rubble of what was once a condo building. Now, as the days go by, it seems less likely that rescuers will find many more survivors, but they’re still struggling gamely to dig as many people out as they can.

This tragedy brings up several questions. Why exactly did the condo collapse? Who is to blame? Can anyone take action to stop something like this from happening in the future? We’ll cover each of those topics right now.

Why Did The Condo Collapse?

The question of why this Surfside, Florida building collapsed is at the forefront of a lot of people’s minds. The short answer appears to be that the structural engineers don’t know yet. They will have to conduct a thorough investigation that will likely take months.

However, some investigators are already pointing to the underground parking garage that was a part of the building. They feel like this might be the spot where there was first some structural damage or irregularities that caused what essentially amounts to a chain reaction. Once the garage started to give way, the entire building followed it.

Some reports have brought up that the condo building came up during the 1980s after the developer drained the swampland. They deemed the grounds safe for building once they’d completed this draining process. It’s interesting to note that the building also passed inspection just one day before the condo collapse happened.

Who Is To Blame?

The next question is one that a lot of people are naturally asking, especially those who had relatives who lived in that building. Who is to blame when something like this happens? Might a class action lawsuit happen somewhere down the line?

The most popular targets are usually the property owners when something like this happens. The inspectors who said the building was okay just hours before it collapsed could also possibly face civil penalties in a lawsuit.

An inspection report from 2018 could shed some light on this subject. The report said that there was a “major error” in the original condo design. The report, which is now public and getting a lot of scrutinies, said that the building was not draining water properly around the base.

The inspector who made that claim said that there was a systemic drainage problem, and he also pointed to abundant cracking. He noticed these cracks in beams, walls, and columns.

Did Someone Ignore The Report?

This does bring up the further question of whether someone ignored what sounds like a pretty comprehensive report indicating the building was in major trouble and a collapse could take place. The individual filed that report three years ago now, and the property owner did not engage in any significant renovations or fixes.

This could mean that the owner has a day in court coming up. It’s one thing to say that, as an owner, you don’t have any idea that there are potentially dangerous structural irregularities happening with your building. It’s something else if there was a report on file that strongly suggested danger, but you took no action to prevent a potential disaster, such as what took place.

If a lawyer can prove, in court, that the owner knew about the report and ignored it because they didn’t want to pay for the renovations or repairs, that could mean the owner is looking at a lengthy jail sentence. If they didn’t know about the report or somehow never saw it, they might still have to pay a steep financial penalty for negligence.

How Can Building Owners Or Managers Prevent This Sort Of Thing From Happening?

The next logical question must be how to prevent this sort of thing from happening again. One obvious way to keep these tragedies from occurring is to pay attention to reports that indicate structural damage to a building, especially one as large as this. There were hundreds of people living in this condo, and that report could have saved many of their lives.

As a building manager or owner, you must take note of these reports and act accordingly. However, some people in Florida might also choose this moment to think twice about where they live and how safe it is.

The fact remains that much beachfront property can be dangerous, particularly if you know about a building’s history. The fact that the building’s original architect built the property on swampland from which they’d drained the water is a little disconcerting.

If you’re going to move into a new condo or apartment complex, it definitely pays to look into the building’s history, especially in Florida. You might want to stick with buildings further inland, especially if you live in one of the surrounding properties that seem similar to this condo building in terms of size and architectural design.

As for survivors and their relatives, they’ll need to take some time to consider their best course of action. They might not know yet if they can hold anyone legally liable, but it’s certainly something they’ll want to look at as the days and weeks pass.

This situation is just the sort of thing that often leads to a personal injury lawsuit. During that lawsuit, the property manager or owner might have to appear, but the claimants might also go after the construction company that initially erected the condo building and the architectural firm that designed it.

This tragic occurrence is undoubtedly a stark reminder that life is uncertain, though. The only silver lining one might take is that this condo collapse might lead to more stringent building codes in this part of Florida and elsewhere.

If you were in the condo collapse and survived, or you had family members die because of what happened, lose no time in contacting a lawyer and talking to them about your options.

Is WFH Here to Stay, or Is It Time to Get Back to the Office?

How Does The SSA Define “Critical Cases” For SSDI Applications?