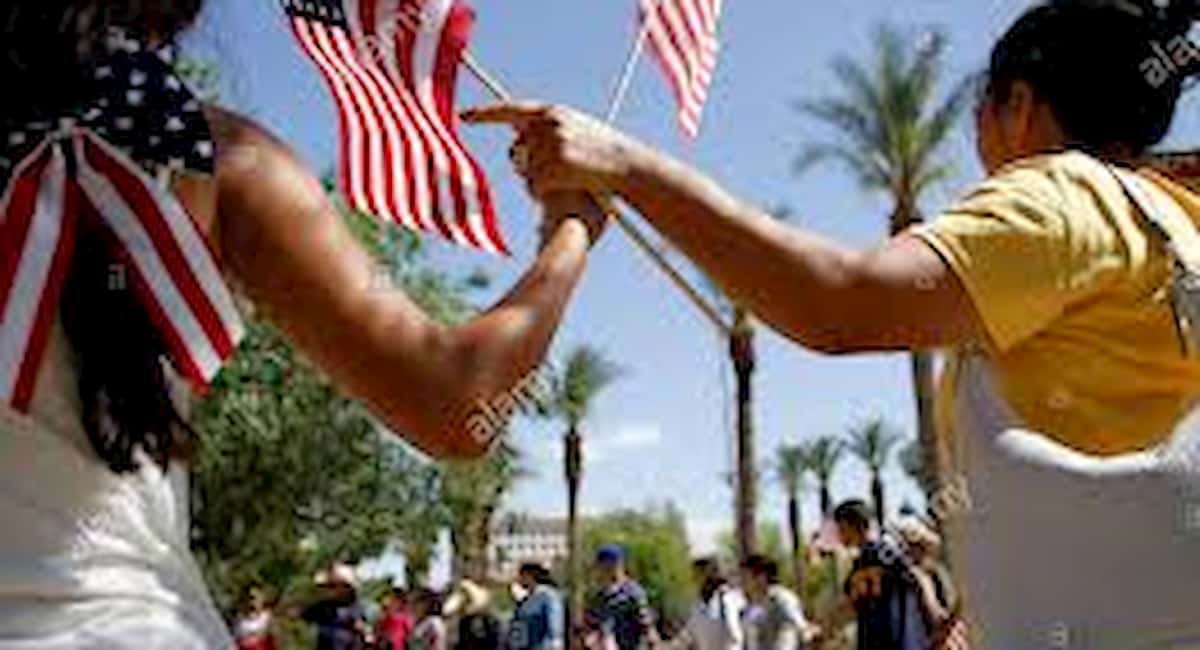 As the Supreme Court prepares to hear arguments about Arizona’s immigration enforcement-only law on April 25, immigrant advocates, civil rights activists and other organization have issued documents and filed briefs opposing the state’s law.

Arizona’s law, known as S.B. 1070, has served as a model for other states and brought to the forefront questions about how states can enforce existing federal immigration laws. Soon after its passage in April 2010 the Obama administration challenged the constitutionality of the measure. In July 2010 the U.S. Court of Appeals for the 9th District upheld an injunction that blocked several provisions contained in the law, which prompted Arizona authorities to petition the Supreme Court.

Arizona’s law states (.pdf) that “the legislature declares that the intent of this act is to make attrition through enforcement the public policy of all state and local government agencies in Arizona.”

“Attrition through enforcement” aims to make life miserable for unauthorized immigrants, as similar laws passed in Alabama and Georgia have proven. Opponents of these laws argue they also have a negative impact on American children born to undocumented parents. Kris Kobach, the author of S.B. 1070 and an immigration advisor to GOP presidential hopeful Mitt Romney, said in February that “attrition through enforcement” is a rational enforcement of the law that is neither mass deportation nor amnesty.

In a guide published this week, the Immigration Policy Center writes:

The Supreme Court will soon hear arguments in Arizona v. United States, a dispute over the legality of the immigration law known as “SB 1070.” More than any matter in recent history, the case involves a range of important questions regarding the role that states may play in the enforcement of federal immigration law. The Court’s decision will likely affect not only the future of SB 1070, but the fate of other state immigration laws being challenged in court and the odds of similar laws being passed around the country.

The National Immigration Law Center wrote in March that regardless of the Supreme Court’s decision, “the class action challenge to Arizona’s SB 1070 that was filed by a coalition of civil rights organizations, Friendly House v. Whiting, will continue to move forward, because it includes additional legal claims.”

The Law Center added that provisions included in other anti-immigrant state laws like Alabama and Georgia, but not in Arizona’s S.B. 1070, “will not be affected by a Supreme Court decision on the Arizona case.”

The Law Center also lists 23 briefs filed by dozens of organizations with the Supreme Court, opposing Arizona’s position in this case.

PPolitics
The Healthy Start Coalitions of Florida, so far, are not poised to suffer budget cuts this year. Last year, the group saw millions taken from its budget.
PPolitics
The NAACP and the American Civil Liberties Union have sent letters to the federal Justice Department saying a set of changes to Florida election law violates Section 5 of the Voting Rights Act.