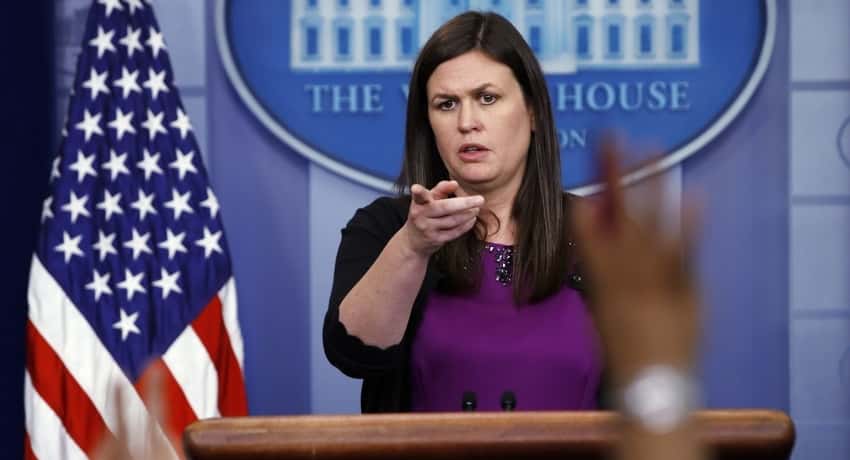 Huckabee on 2012 run: Ask me again in six months

Florida resident and former Arkansas Gov. Mike Huckabee would not rule out the possibility of a 2012 presidential run while speaking to reporters before a fundraiser for The Family Leader Sunday afternoon, but said no decision would be made until the middle of next year.

The winner of the 2008 Iowa Caucuses, Huckabee is in a strong position two years later — broadening his audience through his hit Fox News program and keeping his Iowa network in place. Huckabee, however, wanted to be clear that while he is still considering a potential run he has not made up his mind.

“I’m not on a timetable. I’m not on somebody’s calendar to say this is the time when I have to decide,” Huckabee said at the First Federated Church in Des Moines. “Am I keeping the option open? Yes. Am I open to it, considering it and giving — you know — thought? Of course. I think it would be foolish not to in light of having been through it, understanding what it’s about.”

He continued by saying he is in a different position than he was when he thought about running last time, addressing national polls that show him as a top candidate. He still says, however, that he must do some soul-searching to make sure this is the right decision.

“As I’ve told many people, I don’t intend to jump in a pool unless there’s water in it,” he said. “Been there, done that before.”

He opened his speech to 1,500 supporters of the Family Leader (formerly Iowa Family Policy Center) by addressing the idea of running for president, joking that the elephant in the room is the looming Iowa Caucuses.

“A lot of times people want to read something into every visit I ever make to Iowa, and assume that there is some ulterior motive going on,” he said. “And I’m not here to announce any plans, or to deny any plans.”

At the press conference before the event, Huckabee said fellow Republican and Fox News personality Sarah Palin would be a formidable opponent in the 2012 caucuses.

“No question, she will be a very, very strong presence and force, if she gets in,” he said. “You know, she may run away with it. And that’s one of those things everyone needs to be prepared for.”

Later, he joked: “If I get in, I prefer she not and that she endorse me.”

Palin is one of two potential GOP presidential candidates in Iowa this month promoting their respective books. The former Alaska governor is scheduled to be in the West Des Moines Borders on Saturday signing her new book America By Heart. Former U.S. House Speaker Newt Gingrich was also in Iowa last week promoting his book.

PPolitics
Florida resident, one-time presidential hopeful and former Arkansas Gov. Mike Huckabee will act as keynote speaker at an anti-abortion Personhood banquet in Jackson, Miss., on Sept. 8.
PPolitics
Rep. Ander Crenshaw, R-Jacksonville, has been declared the winner in his campaign against independent candidate Troy Stanley, according to The New York