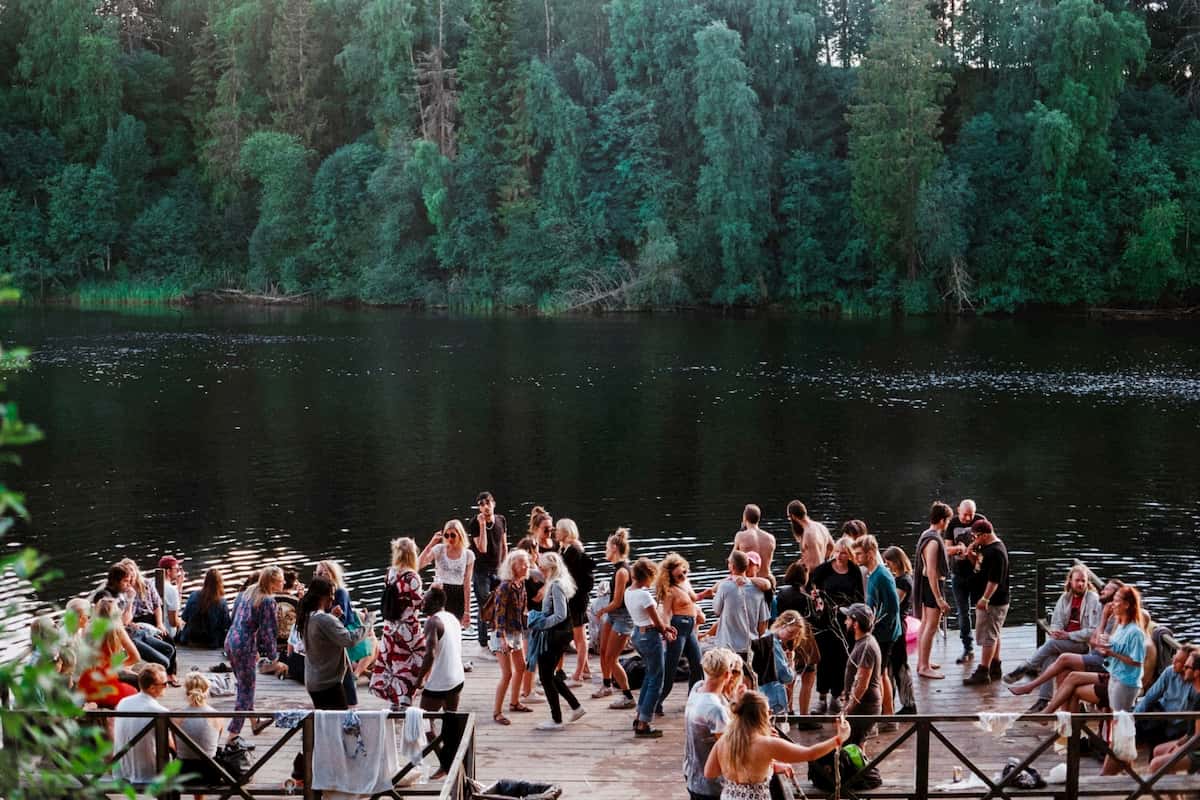 How to Throw a Lake Party

Have you made it your mission to throw an epic lake party before the summer is over? If so, you should know that you’re going to need more than just a lake to do it!

Finding a lake should actually be the easy part. With more than 100 million lakes scattered throughout the world today, you shouldn’t have too much trouble tracking one down.

But you’re going to need to go above and beyond just providing people with a lake to hang out at. When you throw a party at the lake of your choice, you’ll also need to surround it with everything it’ll take to make it a massive success.

Whether you’re throwing a lake birthday party or a regular old lake house party, there are some steps you’ll want to take prior to the start of your shindig. Here are some great lake party ideas that will ensure everyone has a fantastic time.

Start by Finding a Place to Set Up Shop

Unless you’re going to be throwing a lake party next to a very small lake, there are going to be all kinds of places where you can choose to set up for your party. You should pick a place down near the water where there is plenty of room for you and your guests to stretch out.

Ideally, you want to keep everyone at your party confined to one general area. This will prevent people from wandering off and getting lost or from getting injured in a place when no one is around.

You obviously can’t force people to stay in one spot at your lake party. But you can strongly encourage them to congregate in one area by putting everything for your party there.

Once you have a spot for your lake party all picked out, you should clean it up a little bit so that you don’t have to worry about your guests stepping on branches, rocks, and more. You should also put out lots of tables and chairs so that your guests can sit down and relax when they arrive.

You might also want to consider setting up a few tents that people can use to stay out of the sun at times. These tents will also provide everyone with some protection in the event that it starts to rain at some point during your lake party.

As we just mentioned a moment ago, it’s a good idea for you to put up tents at the location of your lake party so that people aren’t forced to sit in the hot sun all day long. But you should also take things a step further than that.

There are inevitably going to be people who want to sit out in the sun. But they’ll be hesitant to do it if they don’t have suntan lotion on them.

Skin cancer has turned into a huge problem in this country over time. Studies have found that about 20% of people will suffer from skin cancer at some point in their lives. This makes it a huge cause for concern for a lot of people.

You can alleviate any concerns that people might have about sitting out in the sun by offering your lake party guests baskets filled with suntan lotions. They’ll be happy to slather some suntan lotion on to prevent their skin from getting burned.

Buy a Bunch of Delicious Barbecue Foods for People to Eat

Some of the staples that you’ll need at your lake party will include:

Outside of regular foods, you should have some desserts on hand as well. You might even want to try and find a way to provide your guests with a make-your-own-ice-cream-sundae station at your lake party.

Come Up With a Cocktail Menu Featuring Custom Drinks

In addition to providing your guests with plenty of tasty foods to eat at your lake party, you’re also going to need to offer them something to drink. You should, of course, be prepared to provide them with waters and soft drinks, but you should have alcoholic beverages for the adults at the party, too.

You can’t ever go wrong with filling up a bunch of coolers with beer and wine. But you should also go the extra mile and create some custom cocktails made specifically for your lake party. You can come up with fun names for them and let all your guests know about them so that they’re more tempted to try them out.

Find Fun Games for People to Play at Your Lake Party

People are going to spend a ton of time at your lake party eating and drinking. That alone will keep them occupied for the majority of the party as they hold conversations with others in attendance.

But at some point, people are going to get full and want to do something other than eat. And that’s when you should spring into action and set them up with games to play down by the lake.

There are literally dozens of great games that you can provide for people to play so that they’re able to keep themselves entertained. Here are some great choices for your lake party:

Drinking games are always a huge hit at lake parties, too. Don’t be afraid to bust out some of the classics like beer pong and flip cup for your guests.

What’s the point of throwing a lake party if you’re not going to encourage all of your guests to get out into the water at some point? Unless going into the lake is dangerous for some reason (in which case, why are you throwing a party by it?!), your guests should feel free to jump in at any time.

One way to make sure that more people hop into the lake during your party is by sticking some inflatables out in the water for them to play with. This inflatable floating island is an excellent example of an inflatable that you need to have at your lake party.

Assuming you’re going to have a lot of people at your party, you should try to track down inflatables that several people can use at one time. It’ll guarantee that everyone will get a turn to play around on the inflatables that you provide.

Almost as soon as your lake party starts, people are going to make a lot of noise while talking and laughing with other people. It’s going to get noisy in a hurry at your party.

But the sounds of people talking and laughing shouldn’t be the only thing that you hear. You should also get the party going and, more importantly, keep it going by playing good music on speakers positioned throughout the space.

You might even want to pay someone to come out to the lake and serve as your DJ for the day. They can run through all the hits and make sure that everyone has a great time all day (and possibly night!) long.

Regardless of who is put in charge of playing music at your party, there are some songs that you and your guests will want to hear over your speakers. Try playing these songs at your lake party to get a great response to your musical selections:

You’re not going to have a hard time getting people up out of their seats when you run through these classics. They’ll be dancing all over the place in no time at all.

Find Fireworks to Shoot Off Once the Sun Goes Down

Before you take this piece of advice, do yourself a favor and find out whether or not it’s legal to buy fireworks in your state. There are some states that have eased up on their laws regarding fireworks. But there are also some that allow people to purchase fireworks if they want.

If you’re planning on having your lake party extend well into the night, it wouldn’t be a bad idea to bring in some fireworks to cap the night off. As long as you shoot them off responsibly and know what you’re doing, they’ll put an exclamation point on the night and send everyone home happy.

If you can swing it, you might even want to see if you can find a company that will handle shooting off fireworks for you. This way, you won’t have to worry about doing it yourself or allowing one of your guests to do it.

The company can talk to you about what you want your fireworks display to look like and then get to work on designing it for you. It’s not necessarily going to be cheap to bring this kind of company on board. But it’ll be worth it in the end when you see the work that they’re able to do.

Remind Everyone to Keep Safety in Mind at All Times

If you do everything else that we’ve discussed here, your lake party is pretty much guaranteed to be a huge hit. All of the people who come out to it will have the time of their life at your party.

There is, however, one thing that could ruin your party and make it memorable for all the wrong reasons. If someone happens to get seriously hurt at your party, it’s going to put an immediate damper on the festivities. It could even bring the party to a screeching halt.

You should remind your guests to be safe at all times while at your party. They should:

Just in case someone does happen to get hurt at your party, you should have a first-aid kit handy. This will provide people with bandages, gauze, and other things they might need if they sustain an injury.

Make Your Next Lake Party Magical by Following These Steps

Throwing a lake party is an amazing way to celebrate the summertime. You and all your guests will have such a great time gathering around a lake and enjoying one another’s company.

You can make sure people have an absolute blast by putting the tips that we’ve provided here to good use. You’ll get a great response from your guests when you serve up yummy foods, set up fun games, and do other things to enhance their lake party experience.

Would you like to read more about what it takes to throw an incredible party? Browse through the other articles on our blog to get some great ideas that you can use while planning your upcoming lake party.

5 Facts About Charter Jets for the Avid Plane Enthusiast 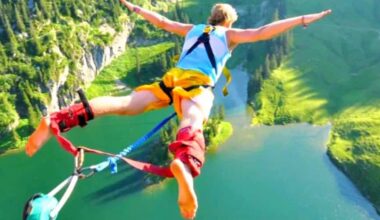 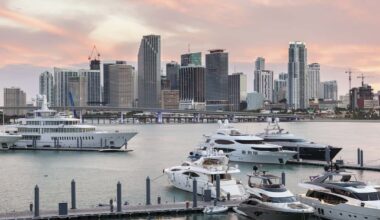