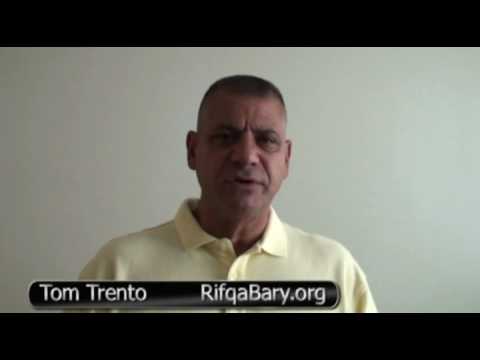 In his campaign for the GOP nomination in the race to unseat Sen. Bill Nelson, Adam Hasner has been positioning himself as a tea party favorite on a slew of issues, but none seem as close to his heart as his long-time crusade against the supposed threat of Sharia in the U.S.
0
Shares
0
0
0
0

In his campaign for the GOP nomination in the race to unseat Sen. Bill Nelson, Adam Hasner has been positioning himself as a tea party favorite on a slew of issues, but none seem as close to his heart as his long-time crusade against the supposed threat of Sharia in the U.S.

In June, Hasner spoke before members of Tea Party Fort Lauderdale about what he considers threats posed by “radical Islam” and “Sharia law.” (You can see video of the talk below.) That same month, he told a Sarasota radio host that Florida is in the midst of a “civilizational jihad.”

“This isn’t just a threat on foreign soil,” Hasner said in his speech to the Fort Lauderdale group. “This is also a threat from those who seek to destroy us from within.” He warned the audience that the threat exists “right here within our community.”

The issue goes beyond just rhetoric for Hasner. In that same Fort Lauderdale talk, he said he helped “form” the Florida Security Council, an organization dedicated to combating the growing Islamic menace, with his “good friend,” Tom Trento.

Trento filed the paperwork (.pdf) to create the nonprofit Florida Security Council on April 2, 2008, listing himself, Michael Tranchina and Jeff Rubinoff as the group’s board of directors. The Council’s stated goal was to “educate on contemporary issues related to the security of our state and nation, particularly the threat of terrorism.”

In an interview given to the New English Review in March 2010, Trento described the mission of the Florida Security Council as “the defense of the U.S. Constitution, the State of Israel, and the defeat of Supremacist Islam. Our mission is to expose the agenda and methods of the Muslim Brotherhood – affiliated groups in America, such as CAIR, ISNA, MAS and MSA and to highlight their ‘unholy alliance’ with the extremists of Supremacist Islam.”

Trento told the interviewer that Florida’s Muslim Capitol Day — an annual event that introduces “Muslim Americans to F[l]orida politics and the democratic process” that organizers write is “NOT a religious or Islamic event” — is “the Stealth Jihad coming to Tallahassee.”

“It is all about gaining political legitimacy and media credibility in order to infiltrate government and civic institutions for the purpose of furthering the goals of the Muslim Brotherhood in America,” Trento said. “The grand scheme is to slowly introduce special Sharia-friendly concepts into official public life. … If this agenda is successful in Florida, it will become the model for all other States. This would truly represent the end of America as we know it.”

In the interview, Trento credited Hasner with helping raise awareness of the issue.

In a video introduction he recorded for a website he created in order to inform people about a civil case involving a young girl named Rifqa Bary, Trento called the issue part of a “battle between Islam and Christianity,” a “battle between American constitutional jurisprudence and Islamic Sharia law.” (You can watch the video in full below.)

Bary, a minor, separated herself from her Muslim parents in Ohio when she converted to Christianity. According to Bary’s attorneys, she moved to Florida in an effort to practice Christianity away from her disapproving parents. Another website created about the case claims that Bary left “after her father threatened to kill her for apostasy, a crime under Islamic Sharia law.”

Hasner has mentioned Bary’s case on the campaign trail.

Geller is an anti-Islamic blogger based out of New York City. Her website, Atlas Shrugs, was described by The New York Times as a “site that attacks Islam with a rhetoric venomous enough that PayPal at one point branded it a hate site.”

According to the Times, Geller “has called for the removal of the Dome of the Rock from atop the Temple Mount in Jerusalem; posted doctored pictures of Elena Kagan, the Supreme Court justice, in a Nazi helmet; suggested the State Department was run by ‘Islamic supremacists’; and referred to health care reform as an act of national rape.”

According to the site, “in mid-2010 it became apparent that the national and international activity of ‘Team Trento,’ had expanded beyond the borders of Florida. Therefore, extensive effort went into developing an organization The United West (TUW) functioning as an ‘umbrella entity,’ overseeing and managing coordinated divisions, all based upon unifying principles but lean and efficient in its implementation.”

Despite the name change, the Florida Security Council remains active, according to Florida Division of Corporations paperwork filed (.pdf) by Trento and the board on April 21, 2011. There is no organization yet registered as The United West in Florida. The IRS lists neither group as a tax-exempt organization.

In Trento’s “executive summary” for The United West, he writes:

The United West exemplifies itself as, unique, distinct and “like no others” when it comes to developing the complete, modern-day information warrior. If the Muslim Brotherhood is true to its manifesto, engaging in a “civilization jihad,” against the West, then it is the height of foolishness to think as though we are not engaged in a knock-down drag-out, battle for the American way of life.

They are at war.

We better be too.

Yet this war, against shariah Islam, whether propagated by the Supreme Guide of the Brotherhood, the local Imam at the “peaceful” mosque, or a writer at the New York Times, is not fought with bombs and bullets, but with brains and courage, as it is, above all else an information war. Stated simply, the information in conflict is whether America is better off sticking with that man-made, fallible, intellectually dusty, U.S. Constitution, or whether America ought to experience a divine epiphany (often at the business end of the scimitar) and bow to the infallibility of Allah’s directly spoken word, a word that provides all rules for all life for all time, the Qur’an.

To fight and win on this asymmetric battlefield takes an individual who is grounded in doctrine and directed by principle. No newcomers at The United West. We are seasoned activists with a mastery of the academics and a passion for confrontational engagement. Yep, you heard me right. A passion for a lawful confrontation with an ideological enemy who is brazen enough to “assault” the essence of what unites the many into the one, the US Constitution.

Hasner campaign spokesman Rick Wilson tells The Florida Independent the candidate “is no longer involved in [the] day-to-day” work of the Florida Security Council or The United West.

Wilson says that “clearly Hasner has been part of this movement to inform people about the threat of Sharia law,” calling Hasner’s work on the topic “no secret.” Now that Hasner is running for Senate, though, Wilson says the candidate is not as actively engaged in the issue as in years past.

OOldPolitics
Whether or not residents think that guns belong in Florida parks and public buildings, a bill approved by the Legislature and signed into law by Gov. Rick Scott says they do.
OOldPolitics
Florida’s Office of Early Learning announced that today the state Florida will submit its application for the Race to the Top Early Learning Challenge grant, which is part of President Obama's federal education initiative.