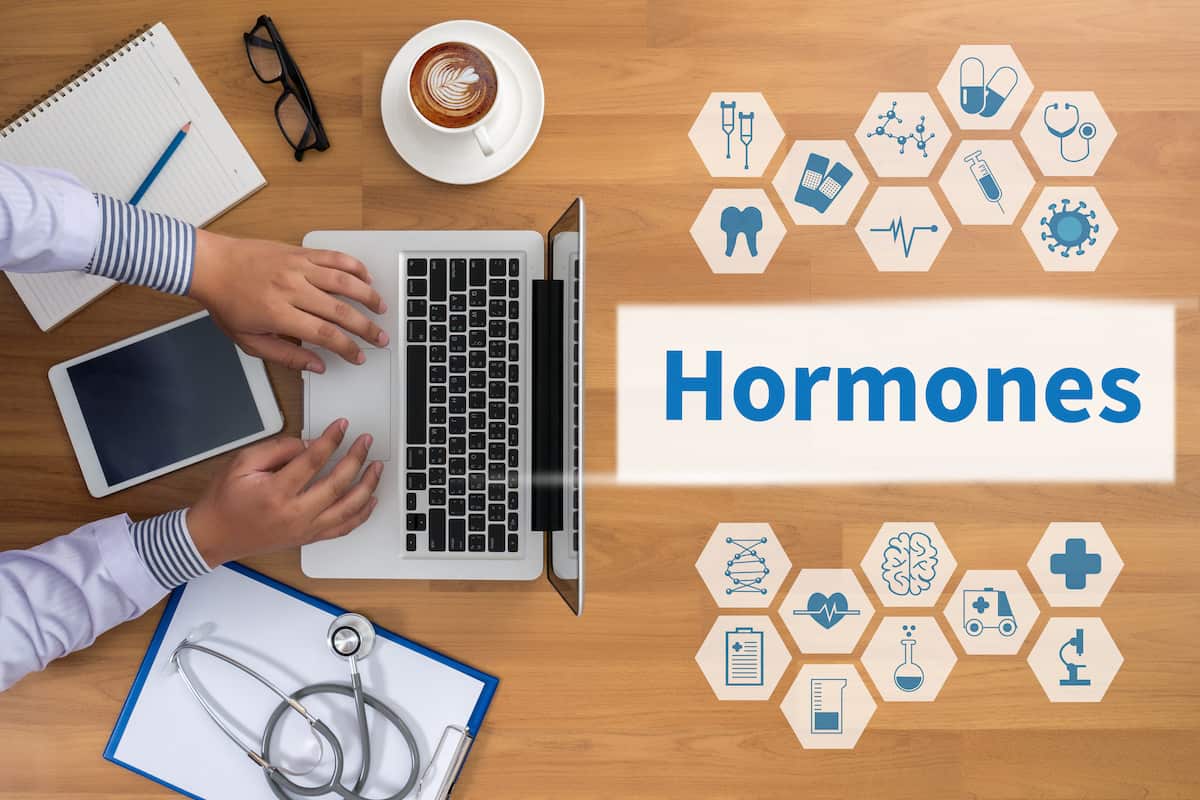 How Much Does HRT Cost?

Everyone spends their later years searching for the fountain of youth, or exciting ways to feel young again. One major piece of this puzzle, for many, is hormone therapy.

However, hormone replacement therapy isn’t just for aging people. It also benefits younger people who suffer from a variety of hormone deficiency conditions. It will also help those who need to change their bodies to better reflect their true gender identity. But how much does HRT cost? We’ll examine that question below in regards to several different conditions that might use it as a treatment method.

We’ve taken great pains to ensure that this article is as inclusive as possible. This means there will be extensive discussion of LGBTQ healthcare. We recognize that not everyone is as familiar with the terminology relating to transgender healthcare as those in the community.

Therefore, for your clarification, some terms will be defined and clarified below:

What Does Cis Mean?

Cis, or cisgender, despite what some bad faith arguments would have you believe, is not a slur. The term has existed since the late 1990s, and is a more Latin-rooted way of stating that an individual is ‘not trans’.

This term has taken off in recent years in an effort to avoid the other language used to separate trans people from so-called ‘normal’ people. In essence, ‘cisgender’ refers to someone whose gender identity and chromosomal/presumed biological sex agree with one another.

What Does Trans Mean?

Trans, short for transgender, refers to someone whose gender identity and the sex they were assigned at birth are incongruent. Transgender is an umbrella term covering many, many identities, not strictly the binary ideas of male and female.

Not all transgender people seek medical transition via hormone replacement therapy. They are no less transgender than those who can or wish to do so.

Generally speaking, the trans- prefix before an identity refers to the gender presentation someone is going to, not the one they are coming from. Therefore, when we address the HRT costs for transwomen, we are referring to people using feminizing hormones. When addressing transmen, that refers to those using androgenic hormones.

What Is Hormone Replacement Therapy?

As the name would suggest, hormone replacement therapy helps to replenish or replace hormones that are not present in the body. It’s especially useful in treating those who’ve had menopause or andropause. It also allows for a physical change in the bodies of transgender people.

It can revitalize those who have lost some of their vim and vigor due to age, as well as provide a new lease on life to those struggling with gender dysphoria. However, whether those HRT costs are considered medically necessary, and how much recipients can pay for the process, varies.

Behind HRT for Cis Women

HRT costs for cis women vary widely. Factors influencing this cost include the condition that HRT is intended to treat, as well as the insurance that the person in question carries.

What Does HRT Treat in Cis Women?

Postmenopausal women or those suffering from other estrogen deficiencies are the main users of HRT in cis women. It can offer relief from hot flashes, vaginal dryness, and the higher risk of osteoporosis which comes from menopause. It can also decrease the risks for stroke, heart disease, and mood changes.

Estrogen hormone therapy will often also have progesterone prescribed along with it if the uterus hasn’t been removed. The reasoning behind this is that estrogen by itself can thicken the lining of the uterus and raise your risks for endometrial cancer.

So, What’s the Cost?

The good news? Any insurance company on the market, even lower tiers of Medicare, offers some coverage for postmenopausal hormone replacement therapy. However, just because it’s covered doesn’t mean it’s affordable. Certain delivery methods and brand names of estrogen can cost hundreds of dollars even with insurance.

Behind HRT for Cis Men

Hormone therapy for cis men is as well-understood as the options available for women, but it has some critical availability issues. While estrogen therapy for women gets done on a prescription-only basis as well, estradiol is not a scheduled drug by the Controlled Substance Act. Testosterone, as an effective anabolic steroid, is a Schedule III drug, which can make it harder to access.

What Does HRT Treat in Cis Men?

As with cis women, HRT in cis men gets prescribed to deal with the side effects of a natural tapering off of testosterone production due to aging. It can also be used to treat men who have androgen insensitivities, erectile dysfunction, osteoporosis, and a host of other physical and mental health issues.

On the Matter of Cost…

As with hormone therapy for cis women, for most cis men, insurance should step up to the plate to cover the costs incurred by the procedure. However, patients may still need drug discount cards to bring HRT costs down if insurance provides insufficient coverage or the prescription drug deductible is too high.

The process of starting hormone replacement therapy for trans individuals has long been fraught with difficulty. For many, many years, endocrinologists, primary care physicians, and mental health counselors alike used the problematic WPATH-SOC guidelines to determine who gained access to HRT and who did not.

The main issue behind the former WPATH-SOC guidelines is that people forced to gain a diagnosis in order to receive HRT will say what they need to say in order to pass muster for receiving medically necessary treatment. This often means that the therapy intended to provide critical support in the early days of transition ends up built upon a foundation of dishonesty and distrust.

Thankfully, many locations are moving away from this outmoded, harmful practice. Many treatment locations now offer what is known as the Informed Consent model, where the person in question meets with a doctor to discuss their transition goals and the risks of HRT before signing off on their treatment. This also allows for nonbinary people, once barred from any access to HRT by the WPATH-SOC, to start a medical transition customized to their needs.

Behind HRT for Trans Women

How does hormone therapy work for trans women? The process is a touch more complicated than it is for cis women, as not only do they have to take estrogen itself but testosterone blockers, progesterone, and potentially Finasteride as well.

Treatment begins with 6-8 weeks of taking a testosterone blocker, after which the trans woman in question may begin taking her estrogen as well. This will allow her to begin developing breast tissue, have smoother skin, a more feminine face, and many other changes.

What Of the Cost?

Here’s where things get difficult.

Under many insurance policies, transgender healthcare is seen as an afterthought or a cosmetic investment. Therefore, getting insurance coverage for hormone replacement therapy can be difficult to impossible. Compounding this is the fact that many, many trans people, especially trans women of color, are unemployed or underemployed, homeless, and lack any sort of health insurance, to begin with.

As such, most trans women find themselves paying for their hormones out of pocket, which can rack up an unaffordable price tag.

Behind HRT for Trans Men

While trans men suffer many injustices in their own right, they tend to have an easier time of it when it comes to hormone therapy. Testosterone alone accomplishes many, if not all, of the androgenic effects desired by trans men. Typically prescribed in injection or topical gel form, trans men will use varying doses of testosterone for the rest of their lives to ensure their levels stay consistent.

This therapy accomplishes the same general tasks as cis male puberty, with the exception of the development of testes. Muscle mass increases, the voice deepens, facial hair develops, and many other mood and sexual changes occur as well.

Trans men face many of the same struggles with being underemployed, undersupported, and homeless as their female counterparts. However, testosterone generally allows them to “pass” as cisgender.

This makes it harder for outsiders to determine their trans status and discriminate against them. It also increases their access somewhat but does not make insurance companies more likely to cover what they perceive as a cosmetic, non-medically necessary procedure.

What If You Can’t Get Approval for HRT?

Whether you’re cisgender or transgender, not everyone is right for HRT.

If you have a family history of clots, cardiovascular problems, diabetes, and other similar issues, you may be denied. Some people have allergies to the oils commonly used to keep hormones in suspension. Others may be allergic to the hormones themselves.

In the case of trans people, a clinician may deny access on the basis of pre-existing mental health conditions. Alternatively, they could still adhere to the WPATH-SOC and find your criteria insufficient.

If this happens, don’t despair. You still have options in the form of supplements and, for cis and trans men, SARMs for sale that can provide some of the effects you desire. However, DIYing your hormone therapy with supplements and other drugs can prove risky. Please consult your doctor before you begin any regimen on your own.

What Can You Except Your HRT Cost to Be?

Now that you have a thorough understanding of what HRT is, what it does, and who it’s for, let’s get down to brass tacks. How much can you expect your total HRT cost to be?

The answer to this question depends, at least in the United States, on whether you have insurance that’s willing to cover your hormones. Even then, the numbers can vary depending on whether the company fully or partially covers the drug in question. We’ve broken down the costs based on the method of delivery and the presence or absence of insurance below:

Oral prescriptions of hormone therapy are not as common as they once were, due to a rash of potential liver complications. However, if you do find yourself prescribed pills that your insurance covers, you can expect to pay around $30 a month. If your insurance won’t cover it, and there’s no generic equivalent of the hormone in question, that cost rises by at least 400% to $130-$240 each month.

These are the go-to method for masculinizing hormone therapies but can be used in feminizing treatments as well. They tend to be once-weekly injections, though certain conditions may require more or higher doses.

Insurance-covered costs for injectables on an annual basis run between $288-$1440. If you don’t have insurance, the HRT cost can double or even triple, ranging between $480-$4800 per year.

For those skittish about needles and worried about side effects from oral pills, these are the best option. They’re also one of the cheapest, but you will use them far more than any of the other options. With insurance, you can expect to pay $60-360 every year. Without it, anywhere from $120-$1020 per year.

Pellets are the ‘set it and forget it’ option for hormone therapy. You only have to go in once every few months for the pellets to be placed under your skin. Then, you can go about your business. The only drawback is that pellet therapy doesn’t tend to be covered by insurance, so you will pay out of pocket for it.

Figuring out your HRT cost can be a difficult process. You must know the conditions you want to treat, how much your insurance will cover, and what method of delivery you prefer to use. However, cis or trans, young or old, with this information in hand, you can start living your best life today.

9 Interesting Facts About Ferraris (Number 5 Will Surprise You)

Sidewalks and Savory Experiences: How to Start a Street Food Business