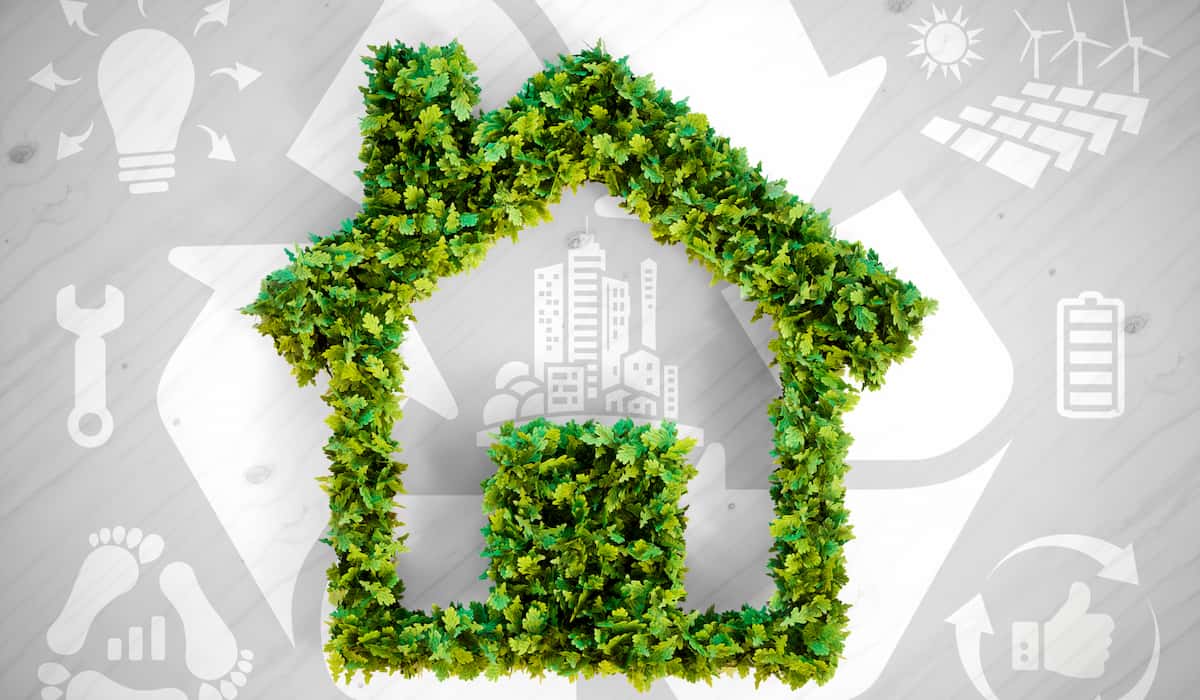 How Does a Sustainable House Benefit the Planet?

You don’t need to be an environmental scientist to know that climate change is happening. 2016 was the warmest year on record. There’s now more carbon dioxide in the atmosphere than any year in history.

70 percent of Americans are demanding that the government takes action to alleviate the course of climate change.

However, you don’t have to wait for the government to do something. There are individual steps you can take to help protect the environment, such as building and living in a sustainable house.

But just how does a sustainable house benefit the planet? Is it a worthwhile effort?

Keep reading to find out.

What Makes a House Environmentally Sustainable?

Before diving into how a sustainable house is good for the planet, it’s important to have a good understanding of what makes a house sustainable.

For a house that’s built with environmental sustainability in mind, a lot goes into its design and selection of construction materials.

A sustainable house makes clever use of space. You only build a house that suits your living needs. This means no unnecessary spaces and rooms, as a big house increases the demand for wood, which means more trees will have to be cut down. Shipping container homes are perfect examples of eco-friendly and sustainable solutions.

Some construction materials are more environmentally friendly than others. And others are just bad for the environment.

Concrete is a good example of an environmentally sustainable material. Concrete offers better energy efficiency, meaning owners won’t need to spend lots of power on heating or cooling their homes. Pick concrete and do good for the planet.

Another major aspect of a sustainable house is lighting. Houses with large windows that are strategically placed to let in maximum natural light also help lower your reliance on electric power to light up, cool, and warm it.

Putting a Stop to Deforestation

What first strikes your mind when you think of going green?

Images of fresh trees lining up gardens and streets, right?

Forests play a big role in cooling down our planet and purifying the air we breathe. Unfortunately, wood, which comes from trees, is a primary construction material. You certainly want a house with extensive wood finishing. We all do.

We cut down about 15.3 billion trees every year.

Considering that there are about 3 trillion trees on the planet, we’re on pace to clearing the world’s forests in record time if we don’t step up our afforestation efforts. But since we’ve already cleared 46 percent of the world’s forests, we can’t say a future without forests is unimaginable.

However, if you do your part and build a house that doesn’t gobble up lots of wood, the demand for wood will decline. And without demand, no one would walk into a forest and chop down several trees leaving our forests bare.

As you already know, concrete is a sustainable construction material. Instead of building a wooden roof, why not go for a concrete roof?

As unbelievable as it sounds, America, a nation that’s a global champion of the Earth, still heavily relies on fossil fuel.

Fossil fuels produce a whopping 9.7 billion tons of carbon dioxide every year. This is the same gas that’s at the heart of global warming.

If we can stop America’s reliance on fossil fuels and move to 100 percent clean power, we will do the planet a lot of good. But this change won’t happen on its own. It’s people like you who will say enough is enough and start taking tangible steps, such as building a sustainable house.

As more and more households embrace clean power, the demand for power generated by plants that burn fossil fuels will start declining. Consequently, the amount of carbon dioxide their activities produce will reduce. This is how we save the planet, folks.

The Impact of LED Lighting

Installing solar in your home can be a costly undertaking. However, being unable to afford the initial cost isn’t reason enough for you to abandon your efforts to kick fossil plants out of business.

All you need to do is replace your fluorescent bulbs with LED bulbs.

These bulbs consume 80 percent less energy and can last way longer than traditional bulbs. If all businesses and households in the country adopt LED lighting, electricity consumption will go down significantly. This won’t kick out the fossil plants, but they won’t have to produce as much electricity as they’re now.

Ensure the Earth Doesn’t Run Out of Fresh Water

Water is a renewable resource and the Earth isn’t going to run out of it, but it might run out fresh water. As the planet gets warmer, the demand for freshwater is only going to rise, which might strain the available supplies.

This means water companies are going to increase drilling activities in a bid to reach and pump out more groundwater. This underground water exploitation harms our environment.

As a homeowner, you can help put this to an end by conserving and using rainwater. If more households do this, the demand for piped freshwater will reduce, thus negating the need for more water drilling and transportation.

A Sustainable House Is Good for the Planet

Climate change will have devasting effects on the planet, but it’s not too late to step in and help. Building a sustainable house, as we’ve demonstrated, is no doubt an effective way to make positive change and help our planet.

Stay tuned to our blog for more sustainability tips and insights.

What Happened to Sales Numbers for Housing Due to COVID-19?

What are natural polymers?