When the state House and Senate begin conferences to reconcile the differences in their budget plans, one issue on the table will be a House proposal to change the way local prosecutors and public defenders are funded.
0
Shares
0
0
0
0

When the state House and Senate begin conferences to reconcile the differences in their budget plans, one issue on the table will be a House proposal to change the funding formula for local prosecutors and public defenders.

Rep. Rich Glorioso, R-Plant City, who oversees justice appropriations in the House, said the plan takes the formula developed by associations of state prosecutors and public defenders for funding adjustments and applies it to their overall budgets.

Temporary infusions of non-recurring general revenue would help offset the changes for the upcoming year, but areas such as South Florida and the panhandle would face a budget cliff starting in 2012 unless the formula is changed.

Katie Betta, a spokeswoman for House Speaker Dean Cannon, said the changes are intended to modernize the funding formula proposed by the attorneys’ associations to account for growth in some circuits.

“The current formula may have worked in the past,” she said in an email. “However, it delegates authority to a non-elected entity.”

Nancy Daniels, president of the Florida Public Defender Association, said the 5th Judicial Circuit (centered in Ocala) and the 20th (near Ft. Myers) have faced a growing funding need, but that the overall changes are “worrisome.”

While the formula could be adjusted to make up for the loss of temporary funding in the House proposal, the cloud of uncertainty the new formula would create would affect public defenders’ ability to hire new staff and prepare for the following budget year.

“Next year we would be on thin ice all year long,” she said.

The plan appears to have little support among the Senate leadership. Sen. Mike Fasano, R-New Port Richey, who oversees the criminal justice budget, opposes the House plan, according the Greg Giordano, his legislative aid.

David Bishop, a spokesman for Senate President Mike Haridopolos, said Haridopolos supports the Senate’s plan, which does not include the new formula proposed by the House.

Both houses propose across-the-board cuts, which themselves have stoked fears of funding shortfalls, as William Cervone and Stacy Scott, the state attorney and public defender from the 8th circuit, noted in a recent guest column in the Gainesville Sun:

Each of our offices has absorbed cuts of about 15 percent over the last few years, and we expect another 5 percent cut this year. We have accepted this as a part of the state’s budget crisis even though it has impacted us in many ways. To date, we have been able to maintain the level of services you, our constituents, expect, but our margin for error is largely gone.

OOldPolitics
Gov. Rick Scott signed new legislation today that will allocate $1.5 million to pay for relocation services for women who are victims of sexual battery. The bill's signing comes in the wake of criticism of the governor over his veto of $1.5 million for the Florida Council Against Sexual Violence, a group that was going to pass along that funding to 30 rape crisis centers across the state.
IInsuranceOldPolitics 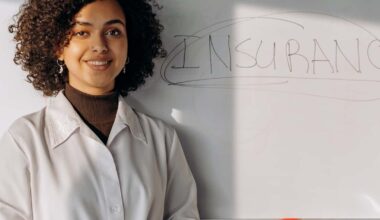