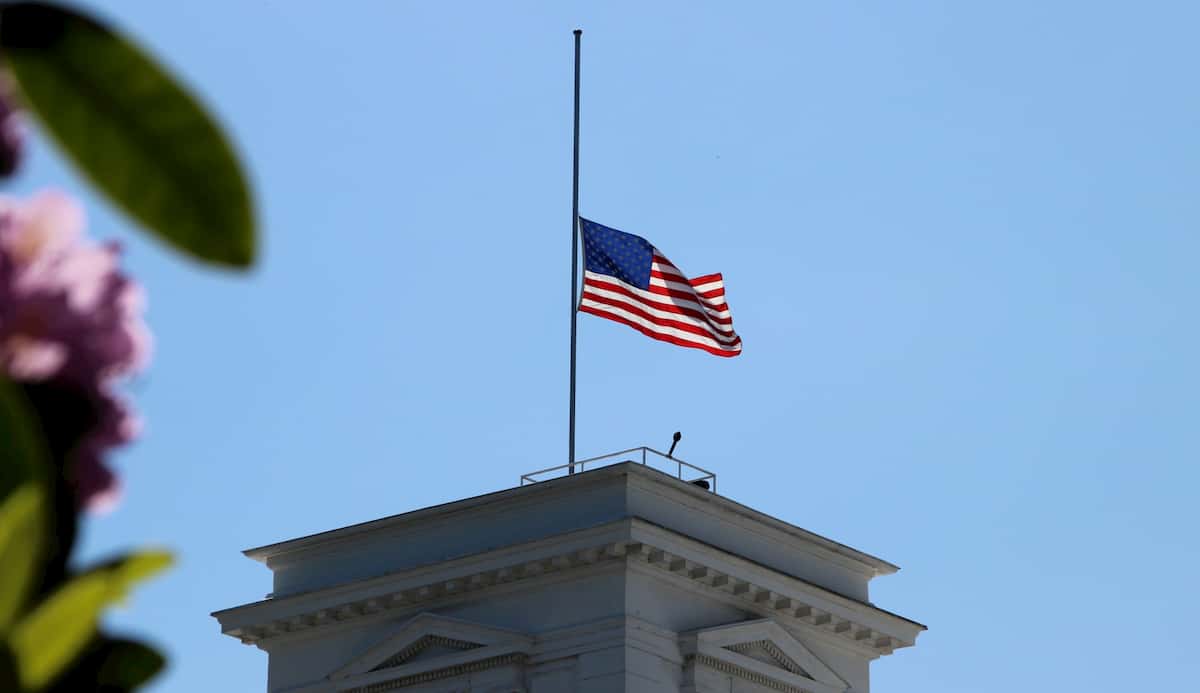 A Simple Guide on When to Fly Flags at Half-Mast

When should the flag be flown at half staff?

Most of us know that a flag flown at half-mast represents something somber. Sometimes it is in respect for a prominent government or military official who has died. There are also a few days that the flag is customarily flown at half staff to show respect for the sacrifices made by our armed forces or to mark prominent events.

Read on to learn when to fly flags at half-mast

There are a few dates each year when the flag is traditionally flown at half-mast. These include:

These are the only days on which we routinely fly the flag at half-mast. The Veteran’s Day flag and on other days the flag stays flying high and proud to represent the pride and heart of the American people.

When certain people die, this triggers a flag at half-mast period. The Vice President, Chief Justice (even retired), or Speaker of the House gets 10 days. For a few others, such as a former VP, an Associate of the Supreme Court, or a state governor, the flag will be flown at half-mast until they are buried. For members of congress (and a few other officials) it will be lowered the day of and the day after their death.

You may have noticed that we left out the President. How long are flags at half-mast for a President or former President? A full 30 days to honor their service and their death.

Who Decides When to Fly Flags at Half-Mast?

The flag may be flown at half-mast to memorialize other deaths or to mark other important moments, but only the President of the United States can decide to do this. This is to prevent the trivializing of a very special ceremonial act.

To the Top First

Keep in mind that a flag should never be raised to half-mast and left there. Instead, you should raise it briskly to the top first, then lower it to the half-mast position.

The same goes for when you take it down. Raise it back up to the top and then “ceremoniously” lower it down once more.

Never let an American flag touch the ground when you are putting it up or taking it down. If you need a new flagpole for your American flag, be sure to check out this quality flagpole kit that will ensure your flag stays flying high and proudly where it should be.

Flying Your Flag at Half-Mast

We hope this quick overview has given you a better understanding of when to fly flags at half-mast. You can sign up for notifications on when to fly your flag at half-mast here.

For more great content, be sure to check out the rest of our articles.

Get Some Privacy: The 5 Best Types of Fence For Your Garden

How to Optimize Your Android Gaming Device for the Ultimate Experience