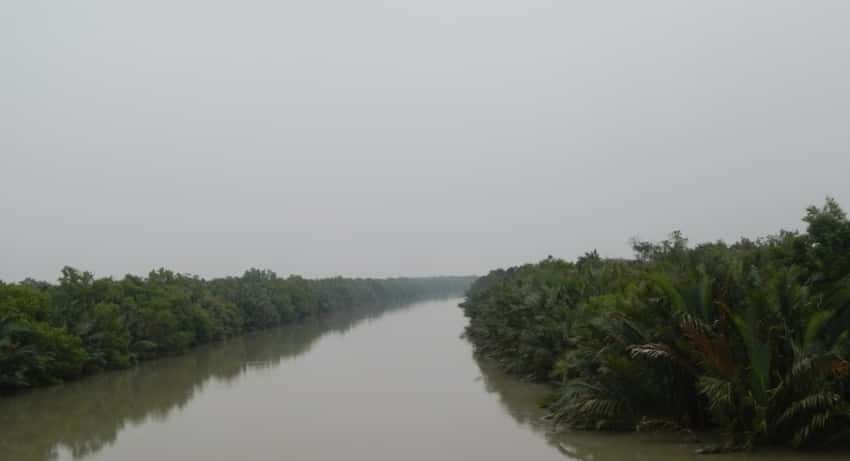 In the wake of several serious water-quality issues in Florida, including the Gulf oil spill and the St. Johns River algal blooms, the Conservancy of Southwest Florida last week announced their decision to take legal action to protect the quality of water available in Lee, Charlotte, Glades and Hendry counties.

The agency is asked to reevaluate its stance on conservancy is the same agency that recently announced a public awareness campaign centered on water conservation.

The South Florida Water Management District announced plans to promote “water-saving tips” at a local airport last week, but according to the Conservancy, they need to work on water conservation themselves. On Sept. 3, the Conservancy filed a legal petition with the State of Florida Division of Administrative Hearings that seeks to invalidate the Lake Okeechobee Service Area (.pdf) rule.

The Conservancy also filed a petition with the water management district requesting that the agency revise its rule that sets the minimum flow of freshwater that is supposed to be delivered to the Caloosahatchee. Since the Caloosahatchee’s minimum flow was first adopted in 2001, multiple studies have found it to be inadequate to protect the river during dry seasons. According to a press release by the Conservancy, one such study was completed by the water management district itself.

In the same release, Marcy LaHart, an attorney for the Conservancy, says that the LOSA rule was adopted in a rash manner: “In adopting the LOSA rule, the District permitted away millions of gallons of water without any idea of how those permits will impact the Caloosahatchee estuary. The rule was based solely on political considerations and has no scientific basis whatsoever.”

Jennifer Hecker, the director of natural resource policy at the Conservancy, says that the LOSA rule is not meeting legal standards and routinely violates flow levels for the Caloosahatchee. She says the rule was “put into effect before a whole series of consumptive-use permits” for agri-business along the river were up for renewal.

“LOSA grandfathered those permits in,” Hecker says, “and also allowed for previously unpermitted users to use the waters. These permits typically last for 20 years, and they are never adjusted to meet the needs of the river’s flow.”

Hecker adds that her agency’s aim isn’t to get rid of the permits entirely but to look at cutting back the usage. The river is, essentially, losing out on the water because of agricultural companies that are permitted to take water for irrigation.

Much of Florida’s economy relies on agri-business, but Hecker says that other avenues need to be taken into consideration. “Coastal communities have to worry about waterfront real estate and tourism to keep the economy going, so we need to weigh agriculture against that,” she says. “Florida rivers and estuaries need to have a legal foothold in the economy. When agriculture isn’t cutting back, the estuary can be cut off completely.”

Hecker says that the environmental impact that results from the overuse of LOSA permits is striking. In addition to heavily impacting the manatee and the small-tooth sailfish (both endangered species), the river often gets so low that it is infiltrated by saltwater, which throws off much of the area’s ecology. Hecker says that, in some eastern parts of the river, the flow has become so inadequate that it causes the river to “literally flow backward.”

The official word from the South Florida Water Management District is that the petitions are being taken seriously:

We are reviewing the two petitions filed Friday by the Conservancy of Southwest Florida against the District’s rules for the Lake Okeechobee Service Area and minimum flows and levels for the Caloosahatchee River and Estuary. We will discuss the petitions with the District’s Governing Board at its meeting this week.

The District is charged with balancing water supply, flood control, water quality and ecosystem restoration for South Florida. We remain committed to protecting and improving the health of the Caloosahatchee River and Estuary.

PPolitics
Via Change.org, some interesting information about a proposed Arizona-style immigration bill in Florida: The bill includes a provision allowing Canadians and
PPolitics
The Migration Policy Institute held a press conference Monday to release a study that assesses the implementation and impact of Section 287(g) — a federal statute that allows local law enforcement agencies to enforce federal immigration laws — in seven communities. The study finds that the program should be redirected to better identify serious criminals, and makes a series of other recommendations on how to improve the law.