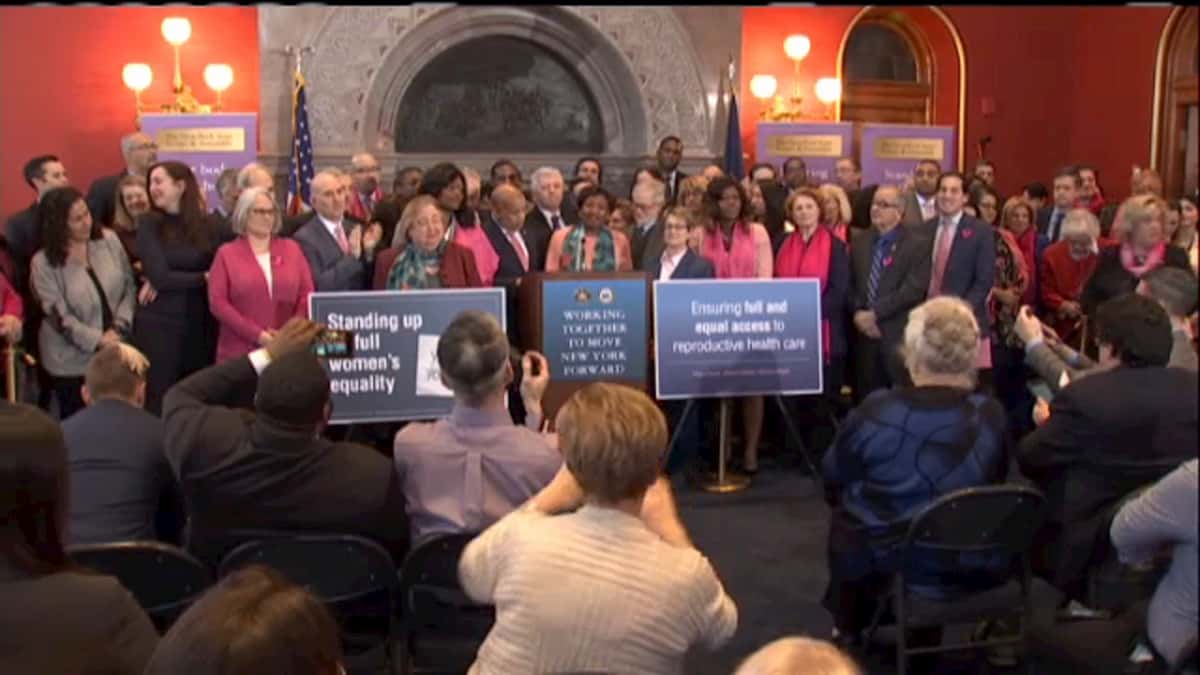 State Sen. Nancy Detert, R-Venice, has introduced a bill for the upcoming legislative session that would protect a woman’s access to birth control in Florida, stopping any insurance provider from levying steep co-payments for contraception or creating any waiting periods for services.
0
Shares
0
0
0
0

State Sen. Nancy Detert, R-Venice, has introduced a bill for the upcoming legislative session that would protect a woman’s access to birth control in Florida, stopping any insurance provider from levying steep co-payments for contraception or creating any waiting periods for services.

According to the bill summary, Senate Bill 598 would require that “health insurers and health maintenance organizations provide health insurance coverage for prescription contraceptive drugs and devices.”

The bill provides a standard exemption for religious employers — much like the exemption in the U.S. Health and Human Services’ decision to require insurers to cover contraception as a preventative service. However, Detert’s bill does not provide an exemption to religious providers as broad as those sought by Catholic groups, which typically allow any religious or moral objector to opt out of a requirement. Last session, a Catholic group was successful in convincing the state Legislature to add a broad exemption condemned by women’s health advocates in the state’s Medicaid reform bill.

According to Detert’s bill, “a religious employer may request, and an accident or health insurance policy subject to this section must grant, an exclusion from coverage under the policy for the coverage required under subsection (2) if the required coverage conflicts with the religious organization’s bona fide religious beliefs and practices” and a “religious employer that obtains an exclusion under this subsection shall provide its employees reasonable and timely notice of the exclusion.”

Last session, Republicans introduced a slew of bills crafted to limit access to legal abortions in the state. Four bills and one amendment aimed at curbing reproductive rights eventually passed.

Detert was among a handful of GOPers that spoke out against some of those anti-abortion bills, standing her ground alongside colleagues such as state Sen. Evelyn Lynn, R-Ocala.

Lynn gave an impassioned speech last session that earned her an ACLU of Florida “Defender of Freedom” award. During the state Senate’s passage of the mandatory ultrasound bill, Lynn told her colleagues she would continue to not vote for a single abortion bill because it “is not the issue that is the most important issue in this state.”

Detert spoke out against the same bill.

“If we are going to pay for a man’s Viagra,” she says, “we should also pay for contraception. This is about equity — not ideology.”

Detert says it has “always bewildered” her that there are not laws that protect a woman’s access to contraception.

She says her bill could be difficult to pass because groups “will want to pile stuff on to it” and men do not typically prioritize legislation like hers. Detert points to the fact that the Legislature is only “12 to 14 percent women,” which she says complicates things.

“This should be pretty easy,” she says, “but it probably won’t be.”

Detert also explains that she sees her bill as a “common sense” and “middle of the road” approach.

According to her, certain aspects will not please the “pro-choice community” and others provisions may not please anti-abortion advocates in the Legislature. She says the clashes between the two groups have impeded any “common sense” protections of women’s health in the past.

One of the issues that she predicts will upset “pro-choice community” is an exemption for religious employers. Reproductive rights advocates typically argue that any exemption that leaves out employees of religious organizations, whether or not they follow that religion, is discriminatory.

“The  pro-choice folks want more than can pass,” she says. ”The lefties and righties will have to stop it.”

“They usually stop by once a month,” she says. “I wouldn’t be surprised.”

This bill’s introduction comes at an interesting time. The federal government announced a few months ago that it will require health insurance companies to cover contraception as a preventive service — which takes Detert’s bill a step further.

The Health and Human Services decision would require that contraception be covered without any co-payments, whereas Detert’s bill prohibits an “unusual copayment.”

When asked about the federal government’s decision, and whether she thinks her bill will be necessary if the decision stands, Detert says it ”wasn’t factored into her thinking.”

“I am tired of waiting for them,” she says. “I just hope this bill passes.”

PPolitics
Tarren Bragdon, the president of the conservative Foundation for Government Accountability, has sent a letter to federal health officials lobbying for approval of the state's Medicaid reform plans.
PPolitics
Officials are working out the details of a temporary solution to the funding shortfall for the program that supplies medications to more than 10,000 low-income HIV/AIDs patients in Florida.