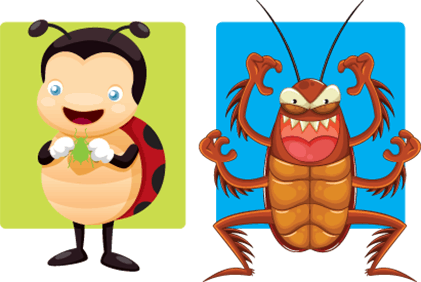 The Good and The Bad: Which bugs are good and bad for your Garden

Not all bugs are pests. It’s a great misconception about gardening that almost all insects can be harmful for your garden, except butterflies and bees. That’s not true at all. All things considered, you need to know about the good and the bad bugs that build their nests around your garden. This way, you will know which ones to remove, and which ones to attract.

The basic idea for encouraging insect balance in your garden starts from understanding the benefits of some types of bugs. Aside from helping with pollination, one primary advantage the “good bugs” offer is pest control. There are natural enemies in the insect world. The good bugs actually eat the bad ones, so your need for chemicals can be greatly reduced simply by having the right combination of bugs.

You should also be able to identify good bugs, so you are not killing the insects that can help your garden. Identification is easy with the internet. Visit the library or check out sites like GardenInsects.com. There you can find a quick rundown of beneficial bugs, links to where you can actually buy them, and guidance on how to release them into your garden. Keep in mind it is helpful to know all stages of the insect’s life because they look quite different from larvae to adult.

Moreover, it is important to identify bad bugs and attract natural predators. Often you see the damages before you search for the culprit. Holes, tracks, and strange looking material on leaves are all clues that you’ve got a problem pest. Consult with your garden center or a website to know what the signs mean.

When you’ve seen a bug you think is guilty, look for a reference tool to aid in identifying the problem bug and its natural predators. Another strategy is to strategically grow “sacrificial plants” to draw the bad bugs away from the plants you care about to a plant they will want to eat instead.

Gardening is really more than just planting and maintaining plants. It’s more about controlling a favorable ecosystem of insects for your plants.

Keep these bad bugs out of your garden.

Anyone who’s ever had a houseplant has seen mealybugs – fluffs of white that seemingly appear out of nowhere and turn to cottony masses overnight. They get their name from their mealy-looking coating. Mealybugs tend to congregate in large colonies on stems or leaves. Because all ages group together, various sizes can be seen in one area. Males, which are rarely seen, are actually tiny winged insects. 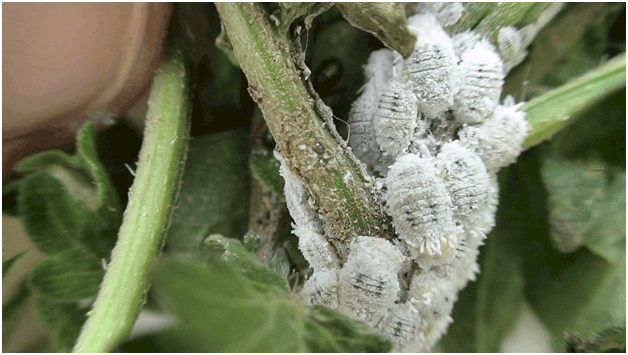 Mealybugs excrete honeydew as they eat, a sweet, sticky substance that promotes growth of sooty mold fungus, which looks like black goo on the leaves. These bugs suck plant sap, weakening tissue and causing stunted, distorted, discolored, spotted, or yellowed foliage. Large infestations can cause premature leaf or fruit drop. Mature plants rarely die but can look stunted and unhealthy.

Palmetto bug is a general name that is commonly used to refer to an American cockroach (Periplaneta americana). The American cockroaches, sometimes called the Bombay canary or flying water bug, love to live in dark damp places and are commonly found in warmer climates. According to the University of Michigan, the palmetto bug can grow to around 2 inches in length, are reddish brown in color, and have wings. 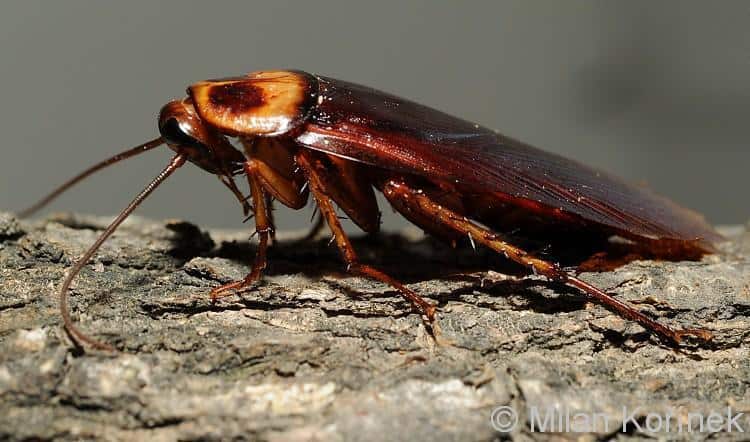 Palmetto bugs can also feed on your plants, but most importantly they are harmful to humans. Excrement and molted skins from palmetto bugs can also cause allergic reactions like asthma, blocked nasal passages, skin rashes, and sneezing. According to the Journal of Allergy, the Periplaneta americana cockroach is a major source of indoor allergens.

Especially when you have a vegetable garden, you’ve more than likely encountered one or all of these common pests. These caterpillars are eating machines that wreak havoc when they are hungry, which is almost always. The most dramatic among them is the tomato hornworm, the most common is the cabbage worm, and the most serious in its economic impact to agriculture is the corn earworm.

With its large size (as long as 4 inches), distinctive markings and angry-looking horn, the tomato hornworm is enough to cause quite a shock when seen in the garden. The pale green caterpillar has diagonal white stripes, tiny black spots along those stripes, and a larger, ringed black spot at the bottom of each stripe. Despite its menacing looks, the horn at the rear is harmless. Adults are mottled gray moths with a wingspan of 4 to 5 inches and rows of orange dots along the sides of the abdomen. 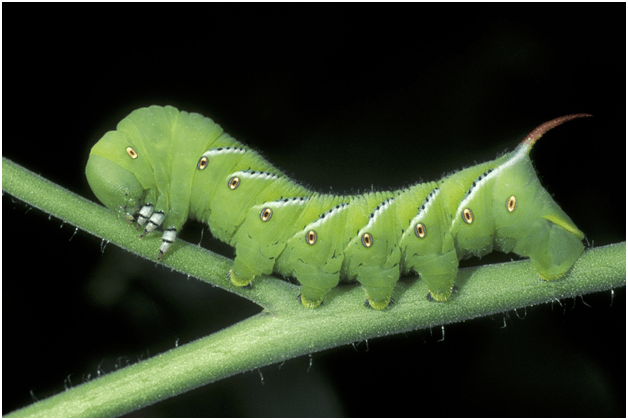 Meanwhile, as the second member of this trifecta, the corn earworm grows to nearly 2 inches and varies from light green to pinkish-brown to black with stripes running lengthwise along the body. Whisker-like spines sprout from dark warts on the body. Adults are night-flying, yellowish-tan moths with a wingspan of 1.5 to 2 inches.

Lastly, the velvety green cabbage worms are about 1.5 inches long with a fine, light yellow stripe down the back. Adults are the common white moths with black markings often seen in gardens.

All three worms are voracious foliage eaters and contaminate what’s left with their feces. Hornworms can also eat into green fruit. Corn earworms would eat down through the kernels and feed on developing tassels. In tomatoes, earworms leave deep watery cavities, while in cabbages, worms would chew on the heads of cauliflower and broccoli.

Here are some of the good bugs that you should not exterminate, as they can be highly beneficial to your garden.

They pray, and they prey. Praying mantes are natural predators of the insect world, and they prey on the harmful bugs in the garden. “Almost anything that moves” should be fairly accurate when describing what the praying mantis preys on. Baby mantes tend to go for aphids and other small, slow-moving insects. 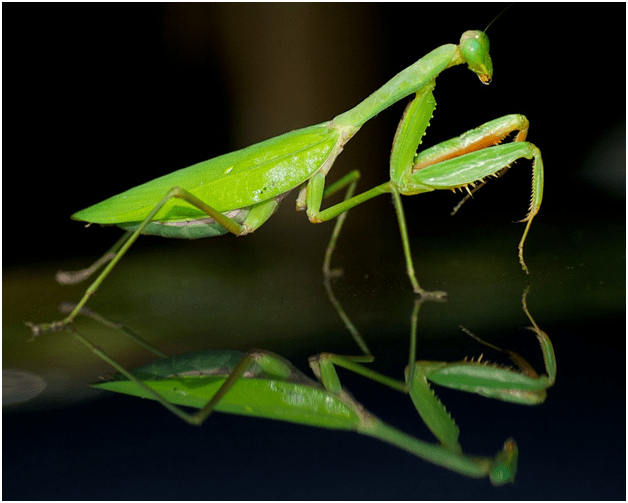 One of the most familiar and beloved (if you can love a bug) insects in the world, lady beetles are commonly red or orange with black spots. They can also be yellow with black spots or solid red, orange, black or yellow. The larvae resemble tiny, six-legged alligators with a rough hide of gray or black with a little orange. Unlike the old nursery rhyme that implores ladybugs to “fly away home,” gardeners should beg them to stay. 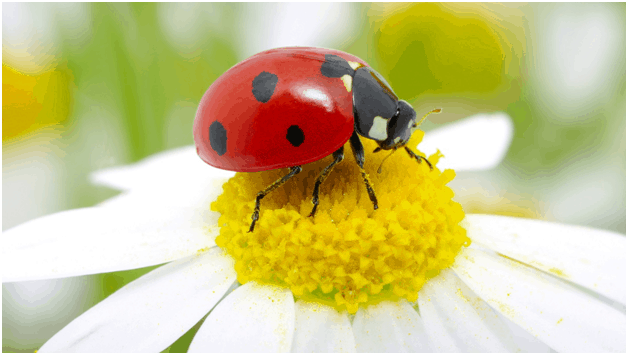 Lady beetles devour soft-bodied insects, especially aphids. Their larvae eat even more than their bug parents. Not everyone is happy with ladybugs, however. Some people see them as pests when they end up congregating in large numbers. You can read more about this alternative opinion through this link – http://neverpest.com/get-rid-of-ladybugs/.

They look delicate and beautiful, but their fragile appearance is the total opposite of its predatory nature. Green Lacewing bugs are slender, delicate and about .5 inch to .75 inch long. The adults are pale green with netted wings held upright over their bodies, and they have copper-colored eyes and long antennae. 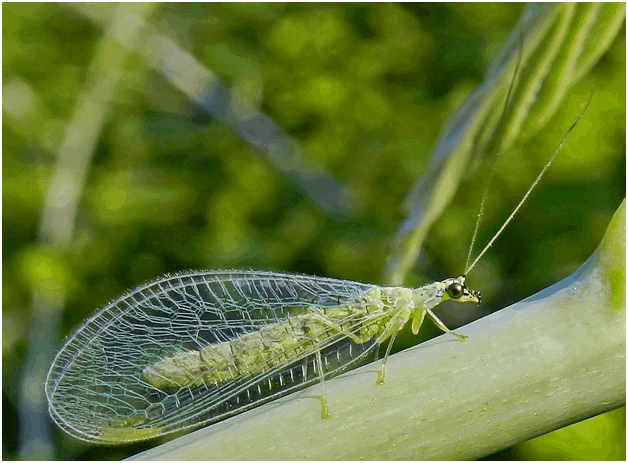 Its larvae look like tiny alligators with visible legs and pincers. Light brown or green and spotted or striped, they usually reach about .5 to 1 inch at maturity.

Lacewing larvae are more ravenous than its “teenagers.” They devour aphids faster than boys eat hamburgers and slurp down mealybugs, whiteflies, thrips, mites, and small caterpillars. 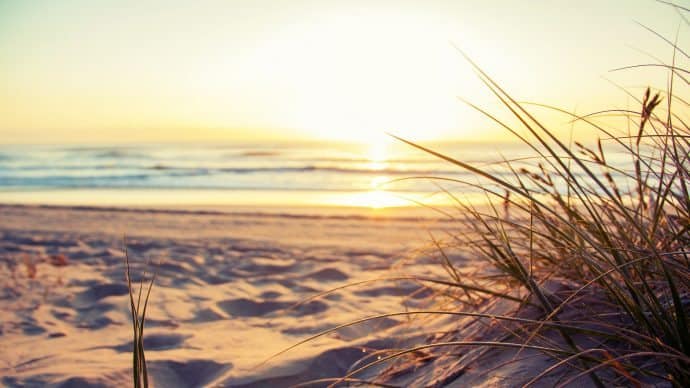 Last month in Lithuania, at the BlackSmith Liberty and Entrepreneurship Camp, I gave a speech about the importance of creating a vision for your...

The post Identifying What Really Matters appeared first on Early To Rise. 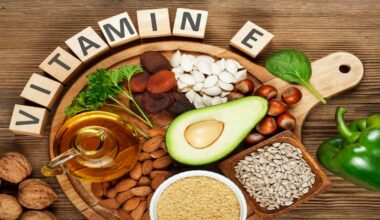