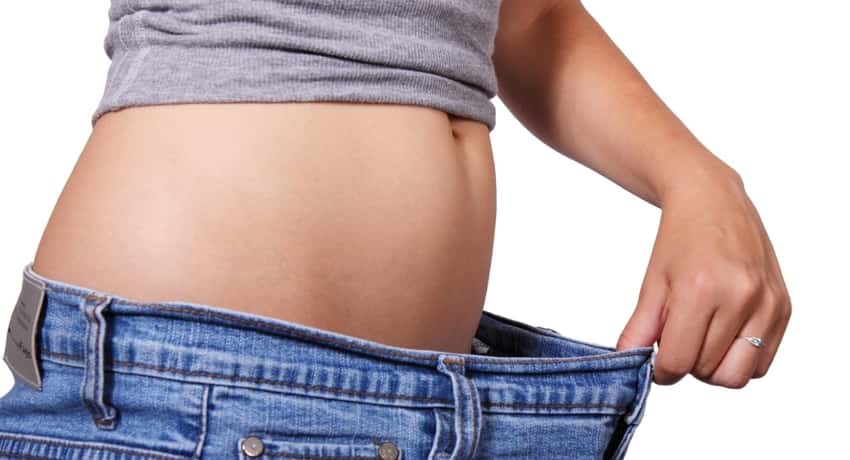 Getting Those Keto Results: How Fast Can You Lose Weight On the Ketogenic Diet?

How fast do you lose weight on keto? Faster than you’d imagine.

Keto is one of the best diets to follow if you’re someone that loves eating. On keto, you can eat as much as you want providing that you stick the carb limit. Keto works a lot differently than most diets because it changes the way your body works.

What makes keto so appealing to people is the fact that it changes their lives for the better. You’ll find that when you start a ketogenic diet, your overall mood will increase and you’ll enjoy a plethora of keto results.

Read on to learn everything you need to know about keto and how to do it.

What Is a Ketogenic Diet?

The ketogenic diet is one that consists of eating low-carb foods. Keto aims to change the way your body operates, allowing you to quickly burn fat. Aside from its effect on weight loss, keto can provide you with many benefits.

Our bodies are able to process a variety of things, some of which are carbohydrates, fat, and protein. When you start a ketogenic diet, you’re putting your body into a state known as ketosis. Ketosis is a natural state of being for the human body because, in the past, carbs weren’t around as much as they are today.

When you’re on a diet that consists of a lot of carbs, your body will use carbs as energy. If you have an excessive amount of carbs, they’ll convert into fat. Keto is a lot different because it doesn’t rely on carbs, so your body will start using fat as fuel.

The fat-burning power of ketosis is why many people start doing it. Rather than loading up on carbs and building extra fat, your body will use the extra fat to operate just as it would with carbs. Ketosis can be achieved by eating less than 35 carbs, but the exact number will vary depending on how much you weigh.

What Kind of Keto Results to Expect

While people often ask how fast can you lose weight on keto, the results vary depending on the person. It’s hard to calculate the expected fat loss on keto because you’re relying on macros to determine how much you’ll lose and not calories.

The average weight loss on keto is about 1-2 pounds per week, which is a similar result to that of a low-calorie diet. However, the transition into keto is something that you’ve never experienced before, and it can seem like the diet is a fraud.

If you’re someone that traditionally eats a lot of carbs, your body will be shocked when you transition into a ketogenic diet. You’ll undergo a few symptoms of the “keto flu,” which are similar to that of regular flu. This happens because your body has to change the way it functions to start processing things.

The keto flu will only last for a few days, and you’ll feel a lot better when it’s over. During the first two weeks, you can expect to lose around 10 pounds. This is mostly water weight, but some of it will be fat.

One of the things that many people report when they’re on keto is mental clarity. Since your body won’t be surviving on sugar, you’ll feel a lot more energetic and motivated. It will be a lot easier to go to sleep and you’ll be able to better manage tasks.

To minimize the effects of the keto flu and receive the best keto diet results, you’ll have to do a slow transition into the diet. Some diets will recommend you to eat as little carbs as possible for the first few days, but this is a guaranteed way to feel terrible.

If you want to go into keto without feeling sick, it’s best to slowly reduce your intake of carbohydrates. Most people will eat anywhere between 100-250 carbs a day, so a complete depletion of that will have a negative effect on your body.

If you’d like to jump straight into keto without a smooth transition, you will have to cut your carbs down to 10-20. You’ll need to be drinking as much water as you can and keep track of keto electrolytes to avoid the dreaded “keto flu.”

There are no rules when it comes to keto besides consuming a low amount of carbohydrates. Some of the best foods for keto are meat and vegetables. It’s okay to have fruit once in a while, but keep it to a minimum as most fruit is high in carbs.

Here is an example of a keto meal plan for a day.

While keto is a great way to lose weight, you have to realize that it’s also a lifestyle. Following a ketogenic diet will require you to eat healthily and your life will become a lot better because of it. You’ll lose weight, feel motivated, get more work done, and feel more relaxed.

We encourage you to start now so you can experience the same keto results that thousands of people have gotten. Think about whether you want to slowly transition into the diet. If you do, reduce your carbs gradually until you reach ketosis.

Want to learn more about health and fitness? Keep browsing our article collection!

Common Bowel Problems and What to Do About Them

HURRY! In only a couple of weeks, there will be no more butternut squash at the market. We’ll all have to wait until next...