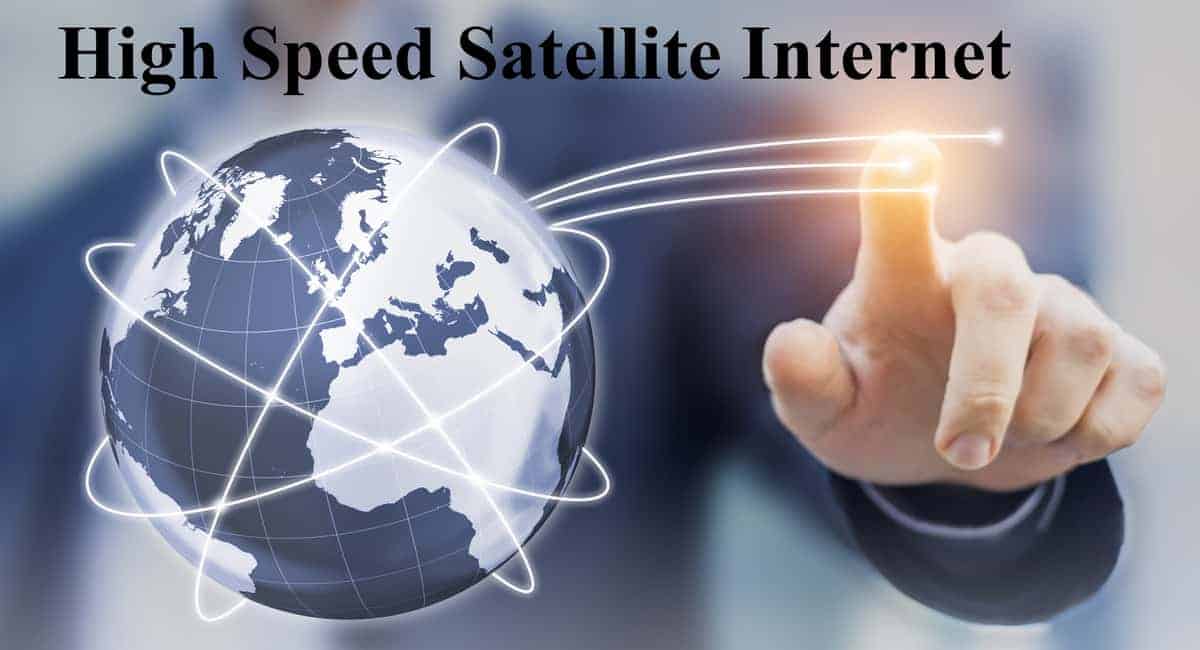 Get Connected: The Pros and Cons of High Speed Satellite Internet

Many take high-speed internet for granted but you may be surprised that around 5 million homes don’t have access to traditional high-speed options, even more homes only have limited options.

For those in rural areas that may feel that they don’t have any options, but high speed satellite internet may be the solution they’re looking for. What is satellite internet and how does it work? Keep reading to check out the pros and cons.

Before you make the jump to satellite internet, you should make sure that it’s the best rural internet option for you. You may have never heard about it before, but don’t worry, we’re going to cover the basics.

While other broadband internet options require cables running to your house from a hub, satellite internet bounces off of a dish in space. This is what allows places in rural areas to receive high-speed internet when they otherwise couldn’t.

While efforts are being made to supply internet to more people (even low-income families are finally starting to get assistance getting online) people in rural areas have a harder time.

The first pro is pretty obvious, you can get fast internet where you couldn’t before. Finally, more people will be able to connect and take advantage of the greatest technology of our age. Check if it’s available in your area and what HughesNet plans might work for you.

Satellite internet has evolved just like other broadband options. It used to be that satellite internet, while faster than dial-up, still lagged way behind cable and DSL. While it’s not as fast as broadband in major cities, it’s fast enough for even heavy users.

If you’re in a heavily populated area you may notice your internet slow down during peak times. This isn’t really a problem for satellite. The number of users shouldn’t affect your experience.

You don’t need a phone line or a cable subscription to use it. Many providers require that users bundle their internet with phone service or television service. With more cord-cutters than ever, you don’t have to worry about paying for services you don’t want.

It can be pricier than other options. Due to the technology involved and the installation of special hardware, you may be looking at a steeper price point than traditional high-speed internet.

It’s faster, but is it fast enough? While faster than dial-up and many areas able to receive up to 25mbps which is plenty fast for streaming media and gaming, other areas may still be limited to 3mbps. Figure out how much internet speed you need before you decide.

Weather is a factor. Storm clouds don’t tend to knock out cable or DSL internet unless a lightning storm took out a key piece of hardware or the electrical grid, but it can block the signal from the satellite.

Is High Speed Satellite Right for You?

If you’re only other option is dial-up, then it is definitely the right choice. Today’s offerings on the internet are just too reliant on high-speed connections for dial-up to be sufficient anymore. If it’s the fastest option in your area and the cost is worth it to you then there is no reason not to get high speed satellite internet.

If this has shown some light on possibilities that you didn’t know existed and you want to find out what else might be out there, check out some more great articles right away.

Fitness in Recovery: The Benefits of Exercising While in Drug Rehab

TTechnology
Read More
Table of Contents Five Mobile Security Threats to Watch out For1. SMS Banking Malware2. Trojan Droppers3. Adware4. Miner…
TTechnology
Read More
Your ability to have fun playing video games at home depends on the quality of your setup. Here are tips for improving gaming setups at home.