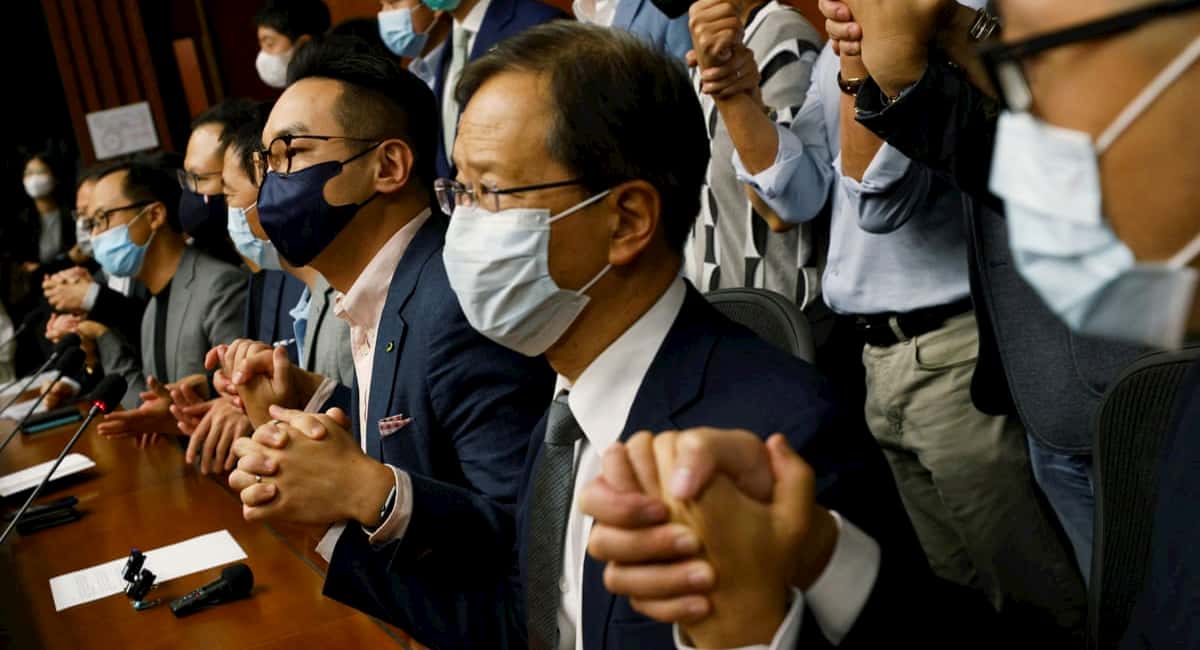 The Orlando Sentinel is reporting that court documents reveal that four legislators are fighting against testifying in a legal challenge to the state’s controversial elections law passed last year.
0
Shares
0
0
0
0

The Orlando Sentinel is reporting that court documents reveal that four legislators are fighting against testifying in a legal challenge to the state’s controversial elections law passed last year.

Elections law sponsors Sen. Miguel Diaz de la Portilla and Rep. Dennis Baxley — as well as Sen. Paula Dockery and Rep. Seth McKeel — have decided they do not want to talk about the law and their role in its passage. Dockery, R-Lakeland, was among two GOP senators who voted against the controversial bill last year.

Five state senators and five state House members were issued subpoenas by a law firm representing the League of Women Voters and the National Council of La Raza last November. Both groups have intervened in the case of State of Florida vs. United States of America and Eric H. Holder Jr. Holder is the U.S. attorney general.

The case was filed by the state to have a court in D.C. approve four of the most controversial parts of the state’s new elections law. The three-judge panel is looking at whether new restrictions on third-party voter registration drives, a shortened “shelf life” for signatures collected for ballot initiatives, obstacles for voters looking to change their registered addresses on election day and a reduction in the number of early voting days will make it harder for minorities to vote. Secretary of State Kurt Browning shifted the federal preclearance process of the voting laws for five counties in the state (as mandated by the Voting Rights Act) away from the Department of Justice.

Since then, interveners have been seeking answers from state legislators.

In opposing the depositions, attorneys for the legislators have argued the lawmakers are protected by “legislative immunity and privilege.”

The four legislators could not be reached or declined comment. During debate, they’d said the changes were need to limit fraud.

“Our general counsel has advised us when we have litigation going, don’t comment to the media,” said Diaz de la Portilla. “Having said that, I don’t care to comment any more on the issue of discovery or depositions, or this, that or the other.”

U.S. District Judge Robert Hinkle is scheduled on Feb. 3 to hear arguments in Tallahassee on whether the legislators must comply; a quick decision is expected.

A spokesman for the ACLU, another party to the case, said it was telling that none of the lawmakers wanted to talk.

“We have said all along that this new law was designed to suppress the vote in Florida and it is disturbing — and I think says a lot — that even those who supported it at the time are now reluctant to come forward and defend it,” said Derek Newton, spokesman for the ACLU of Florida.

Throughout the fallout from the state’s law, Baxley has maintained that there is nothing in Florida’s measure that is “going to limit anybody’s participation.”

The news has surfaced the same day that a U.S. Senate judiciary committee held a hearing in Tampa to investigate the state’s new elections law.

PPolitics
Because the state was denied an expedited hearing for its new voting laws, Florida might find itself conducting a presidential primary with two different sets of elections laws. An elections expert writes that if this is the case, the state would be in violation of its own statutes.
PPolitics
For the second time in two weeks, the embattled campaign of a former Tampa City Council member running…