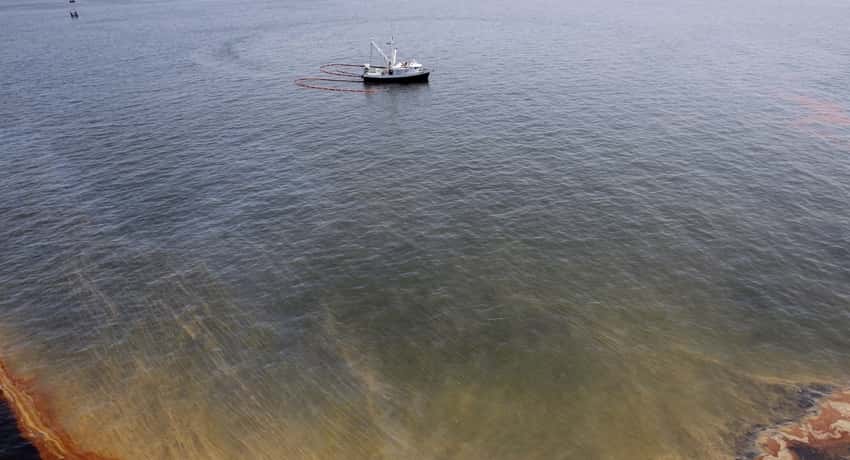 George Barisich — a third-generation shrimper in Saint Bernard Parish, La., whose livelihood has come to a screeching halt as a result of the Gulf oil spill — hasn’t got the slightest idea when he’ll be able to get back to work.

“God hasn’t shared that with me yet,” he said.

For Barisich and thousands of other victims of the spill, the inability to work has brought about substantial financial hardship. Now, with BP nearing the final stages of its three-month effort to stop thousands of gallons of oil from leaking into the Gulf of Mexico, the big question they’re all asking is how they’ll be compensated by BP for the economic damage they’ve suffered.

But as officials unveil details of the claims process, spill victims face a conundrum: Many of them will be required to predict the long-term damages they will face as a result of the oil spill years before the true damages are known. This is when you hire commercial property damage lawyers to help you assess the damages and give you insights into your rights and what can be done from here.

Kenneth Feinberg is the man in charge of what is likely to be one of the largest claims processes in U.S. history. Feinberg was appointed by the White House last month to oversee a $20 billion escrow account being put aside by BP to pay claims from the spill.

He has been trekking across the Gulf Coast region over the last several weeks in an attempt to gain the trust of oil spill victims. For the most part, people seem to like him. They appreciate his candor. “This program I am running is absolutely voluntary — nobody has to do it,” Feinberg told Louisiana residents last week, according to The New York Times. “It’s my opinion you are crazy if you don’t participate.”

But first impressions don’t mean much in the gulf, which has faced more than its share of tragedies and government recovery efforts. Observers say they are waiting to see just how Feinberg restructures the claims process.

While Feinberg has not outlined his plan in great detail, a major battle over the claims process is looming. BP has been offering interim payments to oil spill victims to hold them over till the leak can be capped. While there have been complaints about this process (including frustration over the disbursement of second payments), the White House says BP has not denied any claims. As of Tuesday, “119,012 claims have been opened, from which more than $220 million have been disbursed,” the White House says.

But these are just interim payments. Feinberg has outlined a process whereby, beginning three months after the well has been permanently capped, victims will need to file claims for the total damages they expect from the oil spill. They will then be offered a single payment. If they accept the payment, they must sign a waiver saying they cannot sue BP for more money. If they aren’t happy with the payment, they can sue BP, entering a legal process that could take years to resolve.

Observers and lawyers in the region say this scenario raises several questions, the main one being: How can you calculate the economic damages you’ll suffer before you know what the true consequences of the oil spill will be years and even decades down the road?

Barisich, who is the president of the United Commercial Fisherman’s Association, put it this way: “It’s a crap shoot. It really is. … Fishing may come back within two years and then you win. But if it doesn’t come back, if it takes four, five, six, or 20 years, then you lose.”

Barisich said there are no accurate estimates for when the fishing industry will fully recover. “Nobody can give you that answer,” he said. “If somebody tells you, it would be a best guess. [The spill is] so vast, it’s so huge, it’s so spread out. They tell you it’s going to come back in two years. Would you put your salary up on that estimate? Because you’re sure as hell putting my salary up on it.”

Richard Shore, a partner at the law firm Gilbert LLP, which has worked on litigation resulting from the Exxon Valdez oil spill, echoed Barisich’s concerns. During the next six months to a year, as Gulf Coast residents become more desperate for a settlement, they are more likely to accept what BP has to offer, even before the full consequences of the spill are adequately understood, Shore said.

“People with claims against BP will need income, but they won’t know the full extent of their damages,” Shore says. “People shouldn’t be forced to choose between going for long periods without compensation and guessing prematurely what their full damages might be. In the longer term, what Mr. Feinberg is saying is that people will have to make an educated guess about what their full damage is.”

While any victim can choose to sue BP for more money, Shore warns that this process can be expensive and time consuming. “The litigation route has its downsides and may create pressure on people to accept an offer of compensation from BP,” he said. “That will result in a lot of scrutiny on the Feinberg process.”

Ed Sherman, a law professor at Tulane University, said the process Feinberg is implementing is very similar to the one he employed as the head of the 9/11 Victims Compensation Fund. But Sherman noted that the wide-ranging nature of the spill makes it different from the 9/11 attacks. The spill is “unlike 9/11, where a loved one was killed or there were injuries and you have a fixed condition on which to base a claim,” he said.

Still, Sherman said that outside of the BP claims process, courts are tasked with making these kinds of determinations all the time — for example, when determining compensation for long-term disability. Sherman said Feinberg will likely review the data in detail to form as accurate an estimate for long-term damages as possible to use as a basis for assessing the claims.

Feinberg did not respond to requests for comment, but a source in his law office confirmed his plan for long-term compensation for spill victims.

Regardless of the outcome of the claims process, it could be some time until Barisich and others are able to get back to work.

“We don’t know if the gulf is going to be screwed up for years,” Barisich says. “It’s our mother basically. It gives us our product.”

PPolitics
As Democratic leader of the U.S. Senate Harry Reid moves to present the DREAM Act in the current…
PPolitics
Read More
Bill McCollum At a candidate forum held in Sarasota yesterday, Attorney General Bill McCollum responded to questions by…