Florida unemployment benefits the fifth lowest in the country

A new study released this week by the conservative Tax Foundation shows that Florida has the fifth lowest unemployment benefits in the country.
1
Shares
1
0
0
0

A new study released this week by the conservative Tax Foundation shows that Florida has the fifth-lowest unemployment benefits in the country.

Florida’s unemployment tax currently averages about 0.5 percent of all wages, which is eighth among the 50 states.

Florida’s average benefit of about $230 a week is the fifth lowest. Florida ranks behind only Mississippi, Louisiana, Alabama and Arizona.

The report also says Florida is one of three states that have made significant cuts in benefits and eligibility over the past two years.

Starting Jan. 1, Florida will cut the 26-week maximum benefit period. It’ll go on a sliding scale with a 23-week maximum if the unemployment rate is more than 10.5 percent.

It’ll be only 12 weeks if the jobless rate falls below 5 percent.

The latest jobs reports show that the state faces a persistent unemployment problem. The rate stayed static at 10.7 percent from July to August. The September jobs information shows that the number of individuals who were jobless for 27 weeks and over was 6.2 million in September or 44.6 percent of the unemployed. 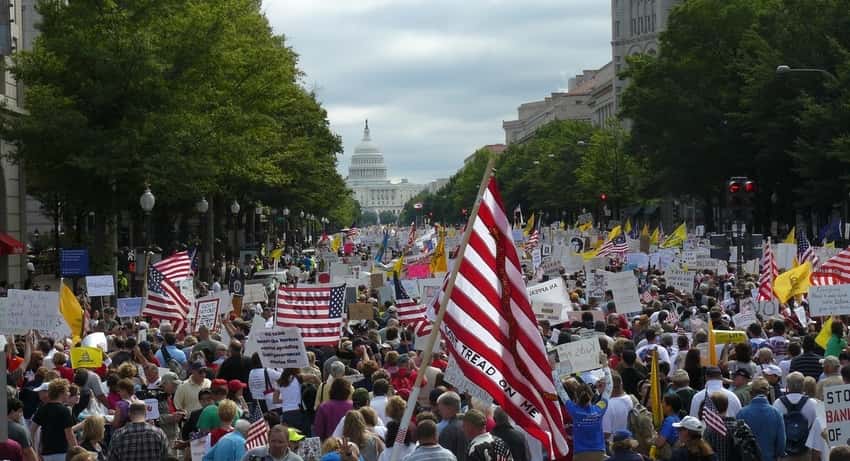 Read More
When Glenn Beck scheduled a mass rally for Aug. 28 in front of the Lincoln Memorial in Washington,…