As a new cabinet prepares to take over the state’s executive branch, Florida officials are waging a multi-pronged campaign to appeal to oil spill claims administrator Kenneth Feinberg.
5
Shares
5
0
0
0

As a new cabinet prepares to take over the state’s executive branch, Florida officials are waging a multi-pronged campaign to appeal to oil spill claims administrator Kenneth Feinberg.

Outgoing Chief Financial Officer Alex Sink sent out two letters last week — one criticizing Feinberg and one appealing to President Obama to intervene in the process.

Feinberg’s operation “kind of exists in the clouds,” said Sink spokesman Terry Butler. Who can hold him accountable? He was appointed by the president, so while state politicians can make appeals, Obama may be the only official with the clout to fully address the complaints Floridians have raised.

Butler said the CFO’s office has received complaints from claimants falling behind on bills, businesses struggling to stay open, and spill victims unable to pry answers from the facility about why their neighbors or co-workers got paid, but they didn’t, or why their documentation was deemed inadequate. Feinberg hasn’t been quick enough to provide explanations or make changes, Butler said, and Sink wanted to draw attention to those problems before leaving office.

Her staff has been in touch with incoming CFO Jeff Atwater’s transition team, in an effort to maintain continuity when the new cabinet takes over. Sink sent a letter to her successors this week, saying, in part:

While the current claims process is being guided by federal law, I also strongly believe that additional state legislation is required to better protect Florida’s citizens, and especially our business owners, in the event a disaster like this one should ever occur in the future. Several other states have laws that allow for much broader recovery for their businesses, particularly when it comes to issues of proximity to the disaster. Florida should take similar steps.

I have enclosed an oil spill recovery analysis completed by legal experts with the Department of Financial Services that in part details differences between the protections afforded by Florida and other states. By supporting the passage of legislation in the upcoming 2011 Legislative Session, you could safeguard our citizens against some of the challenges they are currently facing if a situation like the Deepwater Horizon oil spill ever occurred again.

Butler said the CFO remains concerned about proximity to the spill, which has been Florida’s biggest issue with the claims process since it began. The protocol for final payments doesn’t address those concerns. What’s more, Feinberg recently told The Hill that the new phase of the process may have even stricter standards:

But Feinberg still encouraged spill victims to apply through the claims facility rather than enter into litigation with BP that could take years to resolve. “I still think it will be less than what is required in court, but it will be higher than what’s required for the emergency payment,” he said.

“We know there’s still a proximity issue,” Butler said. Feinberg has for months touted his decision to entertain claims from un-oiled parts of Florida, but he has yet to explain what that really means. He says he’ll consider the claimants eligible, but how will distance from the spill affect whether victims actually get paid, and how much they ultimately receive?

There have been some recent signs of progress. Department of Children and Families Secretary George Sheldon, who has written Feinberg letters of his own recently, said that when he talked to Feinberg earlier this month, the Gulf Coast Claims Facility administrator pointed to $60 million in recent payments along the west coast of the Florida peninsula. The Florida Restaurant and Lodging Association sent out a press release last week announcing that members in un-oiled parts of the state were starting to receive last-minute emergency payments.

Still, a legal memo released just before Thanksgiving by Harvard legal scholar John C. P. Goldberg advises Feinberg that courts are unlikely to look kindly on claims originating far from the spill that was caused by losses stemming from a “perception of oil.” (Sheldon points to the “same oil-covered bird” appearing on TV for weeks at a time, scaring visitors away from the entire gulf region.)

Feinberg has promised — repeatedly — that his fund will be “more generous” than the standard laid out in that memo. But what does that mean, when the memo says claimants in un-oiled parts of the state may not be entitled to anything under the law?

As he writes in his response to Sheldon (.pdf): “The questions remain – is such loss ‘the result of the spill’ and has the claimant ‘met his burden under [the Oil Pollution Act]?’ The Goldberg Memorandum is very informative in these regards.”

Sheldon, who will be sticking around for at least a few months after Gov.-elect Rick Scott takes over, has been lobbying Feinberg since this summer as a member of the state’s Oil Spill Economic Recovery Task Force. He said he intended to keep pressing Feinberg on some of the issues raised in his letter, like getting answers on which claimants lack documentation. Are dockworkers unable to navigate the complexities of Feinberg’s process? Has their documentation, which is mailed to Ohio, gotten separated from claims filed electronically? Or are people just filing fraudulent claims, hoping to get some easy money?

Feinberg’s recent announcement that the fund would be hiring more people to answer claimants’ questions, and also offering free legal help to claimants, would likely help address those issues, Sheldon said. These signs of progress are among the “substantial concessions” the task force has wrung out of Feinberg’s operation through a series of “respectful” exchanges.

“I have to give him credit,” Sheldon said. “He did listen.”

OOldPolitics
It was announced today that former Alaska Gov. Sarah Palin will be giving the closing speech at CPAC this year. Sen. Marco Rubio and Rep. Allen West will also be in attendance at the ultra-conservative convention.
OOldPolitics 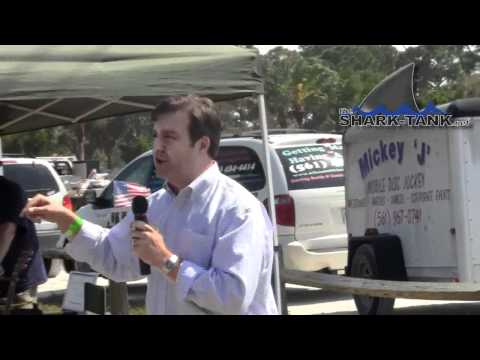