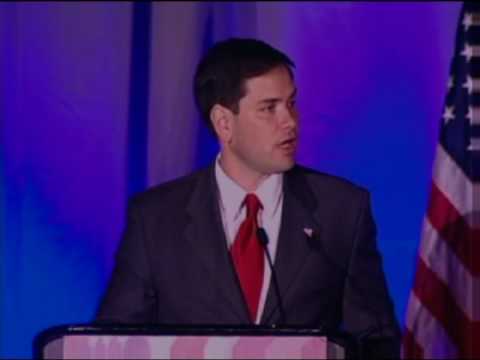 Florida Family Policy Council president: We are at the ‘beginning of the end’ of abortion

In a newly published statement, John Stemberger, president of the Florida Family Policy Council, writes that increases in anti-abortion legislation, anti-abortion campaigns targeting minorities, sidewalk counseling and crisis pregnancy centers, combined with attacks on Planned Parenthood, are all evidence of the beginning of the end of abortion rights in the U.S.
15
Shares
15
0
0
0

In a newly published statement, John Stemberger, president of the Florida Family Policy Council, writes that increases in anti-abortion legislation, anti-abortion campaigns targeting minorities, sidewalk counseling and crisis pregnancy centers, combined with attacks on Planned Parenthood, are all evidence of the “beginning of the end” of abortion rights in the U.S.

The Florida Family Policy Council has repeatedly spoken out against same-sex marriage and abortion rights in the state of Florida. Stemberger’s latest statement can be seen on a website that belongs to Jack and Charmaine Yoest, the president and CEO of Americans United for Life. In it, Stemberger credits a number of tactics being used by the anti-abortion movement during Florida’s most recent legislative session with what he sees as proof that the movement is “winning.”

Stemberger writes that politicians and public policy were on the side of the anti-abortion movement this year: “In just the past 90 days, state legislators around the country have enacted unprecedented pro-life legislation on the heels of the election upsets that occurred in November of 2010. For example, the Florida legislature has passed only four pro-life bills in the past 15 years, but has approved five major pieces of pro-life legislation in the 2011 Legislative Session alone.”

In Florida, legislators were even able to pass a bill that had previously been vetoed by a Republican governor.

Stemberger says the movement has also benefited from “Blacks and Latinos [who] are beginning to lead the movement”:

In 2004, Planned Parenthood closed 20% of all their clinics nationwide but still performed about 25% more abortions. They did this by closing clinics in rural and sparsely populated areas and focusing instead on inner cities with higher concentrations of Black-American and Latino women. Roughly 94% of abortions clinics are located in cities.

Stemberger also notes that “sidewalk counseling” has increased in popularity in Florida and elsewhere. He describes “sidewalk counseling” as activists standing outside clinics to “counsel, pray, provide assistance, hold signs, preach and plead with mothers to abstain from killing their babies.”

This includes groups like the Genocide Awareness Project (whose site contains graphic images) — a group that appears on college campuses with a “traveling photo mural exhibit which displays graphic forms of genocide in world history and places them in a historical context with abortion.” The mural includes photos of “the remains of dead bodies from the Cambodian Killing Fields, Jewish Holocaust victims, and African Americans killed in racist lynchings.”

Stemberger also praises the increasing number of crisis pregnancy centers (aka CPCs). These controversial (and, in Florida, state-funded) centers aim to convince women to not have abortions. They have been strategically placed in areas with high rates of abortions — or generally populous areas.

Stemberger writes: “This inner-city CPC planting strategy reaches more women and allows Black and Latino churches to take local ownership in and leadership for the sustained support of the ministry.”

He also credits Live Action and its efforts to discredit Planned Parenthood. The group has accused the organization of criminality. “2010 and 2011 were without question the worst years in Planned Parenthood’s recent public relations history,” Stemberger writes. ”Lila Rose, [founder of Live Action,] an unassuming but striking college student has rocked their world with a series of undercover sting operations that have exposed the largest abortion provider’s rampant fraud, corruption, and criminal conduct.”

Lastly, Stemberger praises efforts in the movement to prosecute doctors. He writes:

All across the country, abortionists are being reprimanded for their violations of local, state and federal laws. … There are approximately 40 percent fewer abortion doctors than 20 years ago, and fewer men and women are willing to consider entering the industry. The bottom line is that each year, fewer abortions are performed and fewer individuals are becoming abortionists in our nation.

Groups such as Operation Rescue have cited this tactic as a growing focus of the anti-abortion movement. The group’s president, Troy Newman, told The Florida Independent that he believes the pro-life movement has “fallen down” when it comes to prosecuting abortion providers, who he said continually break the law.

Newman also said that “exposing the abuses of the abortion cartel” will continue to play a big role in the group’s efforts now that legislative sessions have passed. He said his group is effective at “finding abortionists that are breaking the law,” something they hope to achieve in Florida.

In the past year, Stemberger has expanded his influence in Tallahassee.

In 2010 he announced he was starting a political action committee called the Florida Family Action PAC: ”The time has come for us to more fully engage the process of policymaking from beginning to end. Organizations which simply educate and lobby constituents and elected officials are not as fully equipped to influence the decision making of lawmakers because they cannot directly engage in elections.”

Warren said at the end of this legislative session that the group “came into this session with a legislative agenda that had a top priority list of seven bills”: ”We are excited to report that at the close of the session, six of those bills have passed both chambers. Our success this year is the culmination of years of work by citizens throughout Florida working to elect like-minded legislators to serve in Tallahassee and the hard work of the collective team with the FFPC and its coalition partners.”

According to earlier reporting from the Independent:

Florida Family Policy Council’s Ignite plan, which calls for spending $300,000 to mandate that women view an ultrasound before having an abortion and to “defeat the radical homosexual agenda.”

Legislation that requires women to view an ultrasound before receiving an abortion has already been signed into law by Gov. Rick Scott. However, a last-minute provision that allows women to opt-out of seeing the ultrasound and hearing the description was added to the final bill.

Rubio also attended the Florida Family Policy Council’s awards dinner when he was running for the Senate last year. His speech at the dinner can be seen here and here.

Florida Chamber of Commerce says it ‘will fight’ unemployment taxes

OOldPolitics
The AFL-CIO, America’s largest federation of unions, launched a campaign this week targeting a slew of Senate, House,…
OOldPolitics
Renewable energy advocates and policymakers gathered in Orlando Thursday for a Clean Energy Summit. Speaking of which, the…