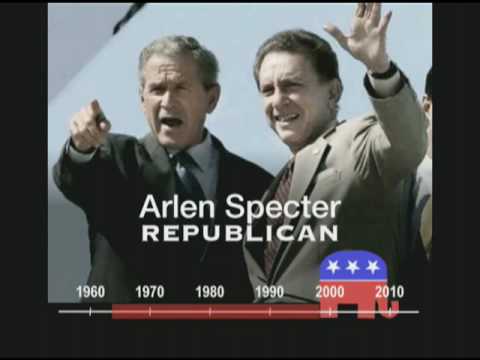 By reminding voters of Gov. Charlie Crist’s old positions, a new ad makes clear that the Florida Democratic Party does not want its voters to desert its U.S. Senate nominee, Rep. Kendrick Meek, to vote for Crist, a former Republican and now a no-party candidate searching for Democratic voters in the Senate race.

Crist, who left the Republican Party in April, has shifted many of his positions on social, economic and environmental issues to the left to try to convince Democratic voters that he is the only candidate who can beat Republican Marco Rubio. About 35 percent of Democratic voters have told pollsters that they will vote for Crist over Meek, down from about half during the summer. Gov. Crist, who has about a 50 percent approval rating statewide, has been seen as a more plausible winner than Rep. Meek, who consistently polls in third place.

Politico reports that the ad will be running in select markets across Florida, including the strategic I-4 corridor that crosses the state.

Meek has gained about 4 to 5 points in recent polls, but still remains in third place. The loser of this slight gain appears to be Crist, whose support has dropped from a tie with Rubio to trailing by about 10 points. The Florida Democratic Party is likely attacking Crist instead of Rubio because those voters remain persuadable to vote for Meek, while attacking Rubio would play into the “only Crist can beat Rubio” meme.

PPolitics
The quarterly campaign finance reports for Florida political parties were released late yesterday, and the Republican Party of Florida out-raised the Florida Democratic Party by more than four-to-one: $5.2 million to $1.2 million, between January and March. Here are five things I've noticed while combing through the spreadsheets:
PPolitics
The “Clean Water Cooperative Federalism Act of 2011” sponsored by Rep. John Mica, R-Winter Park, passed the House Transportation and Infrastructure Committee today in a 35-20 vote. Environmental law firm Earthjustice argues that the bill is misleading in name, and would do little more than turn back the clock on existing clean water safeguards.