A group of business leaders joined one of Florida’s most powerful pastors on a conference call today to tell reporters that the immigration enforcement bills set to move this week in both the Florida House and Senate would harm the state’s economy and its character.
1
Shares
1
0
0
0

A group of business leaders joined one of Florida’s most powerful pastors on a conference call today to tell reporters that the immigration enforcement bills set to move this week in both the Florida House and Senate would harm the state’s economy and its character.

The bills are quite different. The House proposal creates new state crimes for immigration offenses and allows for police officers to check a person’s immigration status during criminal investigations. The Senate version focuses on requiring companies to check the employment eligibility of new hires using the Department of Homeland Security’s E-Verify program, and on encouraging law enforcement agencies to partner with the federal government to enforce immigration laws.

The folks on the call today argued that both approaches would hurt Florida’s image as a welcoming place for tourists and new residents, and in turn, hurt its economy.

Mike Carlton, the director of labor relations for the Florida Fruit and Vegetable Association, said that unauthorized immigrants account for a majority of Florida’s agricultural workforce. E-Verify requirements and other ramped-up enforcement could make it more difficult for farming operations to hire workers.

“It’s very physically demanding work, but in addition to that it’s seasonal,” he said, which means the industry often struggles to recruit domestic workers. He said he did a survey recently of 1,800 new hires. Of those, 366 were from inside the United States. Of those, only 82 remained on the job after two months.

Brewster Bevis, a lobbyist for Associated Industries of Florida, said requiring a ”very burdensome program” such as E-Verify could deter companies from coming to the state. The current version of the Senate bill gives companies the option of scanning identification cards instead, but those requirements are also overly burdensome. Companies would have to obtain scanners and could be limited to driver’s licenses from states that have complied with the federal Real ID Act.

An amendment proposed by Sen. Bill Montford, D-Tallahassee, would soften the ID requirements, allowing companies to check the photo IDs of new hires. Bevis said his group is “very supportive” of that amendment, which is likely to be debated today or tomorrow.

Adam Babington of the Florida Chamber of Commerce said Florida is “uniquely dependent” on trade and tourism with countries and Latin America. Any law that harms Florida’s image in those countries would also hurt the state’s economy. Echoing a theme brought up by many of the speakers, and raised in a report by the Chamber’s research arm, he said immigration reform should come at the national level and should be tailored to meet the fluctuations in demand for labor. The immigrant workforce, like the job market it relies on, fluctuates with the overall economy.

Dr. Joel Hunter, the pastor of Central Florida’s massive Northland Church, said the efforts at the state level, which focus on enforcement, are overly simplistic.

“We simply can’t enforce our way out of this problem,” he said.

The state’s image, he said, is important to both “our economic and our spiritual wellbeing.”

“This is not just a business consideration,” he said. “This is a general consideration that people are having about what they should think about Florida.”

OOldPolitics
State Sen. Arthenia Joyner, D-Tampa, filed legislation yesterday that would restrict the use of restraints on incarcerated women who are pregnant, in labor or postpartum.
OOldPolitics 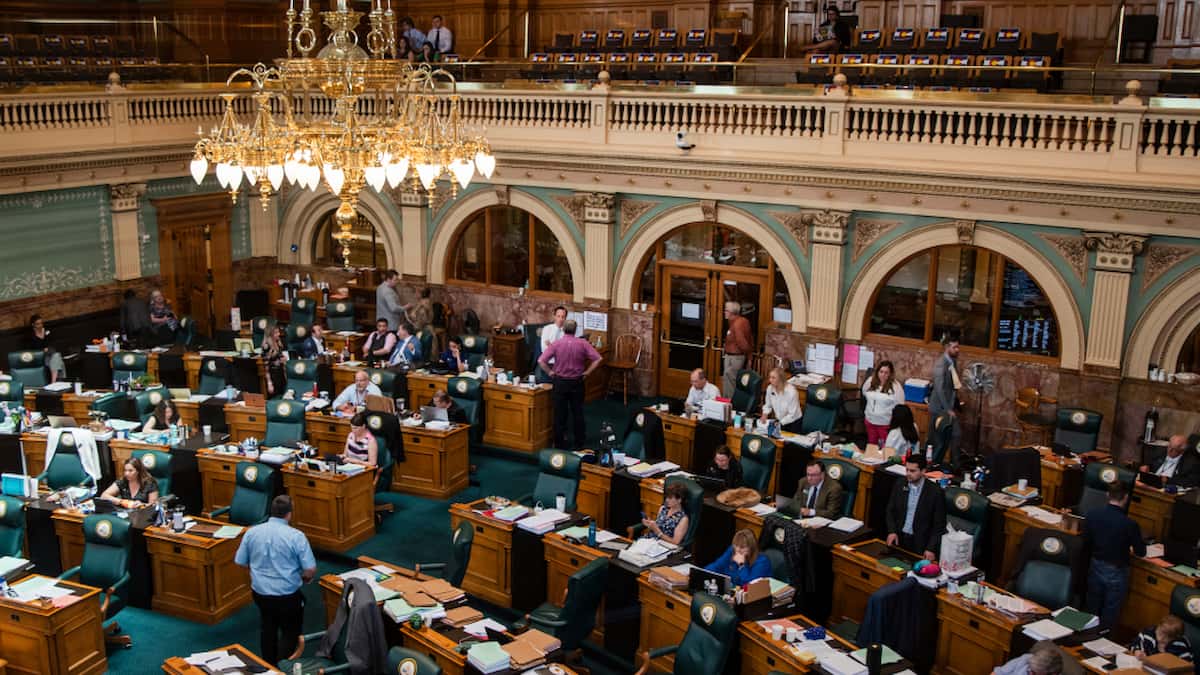 Read More
This year the Florida Legislature passed a bill that would give more rule-making authority to Gov. Rick Scott-- including the ability to dole out $100 million to businesses however he sees fit.