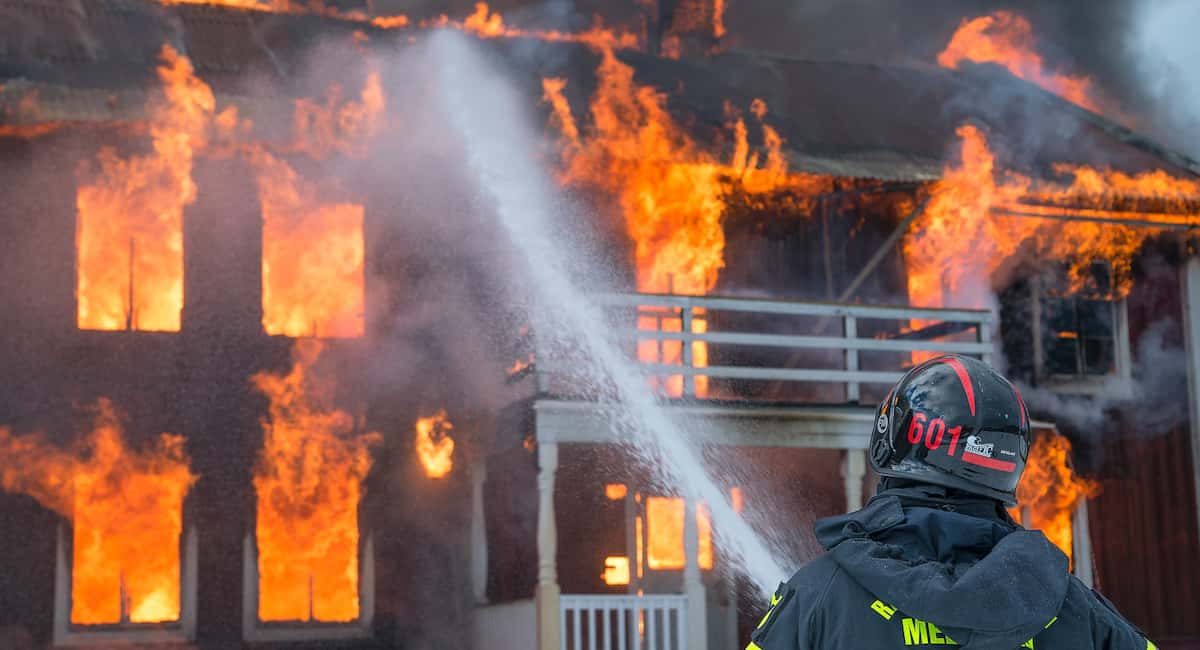 In 2020, the Red Cross tackled 631 residential fires in South Florida alone. House fires are one of the biggest fire dangers that any homeowner in Florida can face. But just what types of fire should you be most aware of?

More than 5,000 fires occur every year due to electrical outlets, according to the U.S Consumer Product Safety Commission. One family in Miramar lost their family home of 20 years earlier this year when an electrical fire ripped through their property.

Experts recommend having electrics checked every 3 to 5 years. You should also avoid using extension cables and test your GFCI outlet regularly. A monthly test is best as, if an electrical fault occurs, your GFCI will shut the power off, thus seriously reducing the likelihood of a fire.

Figures show that gas and electric stoves, clothes dryers, and microwaves are responsible for the majority of house fires in The States. One Jacksonville family had a close shave in July when their air fryer caught fire, threatening their family home.

A fault, poor maintenance, and outdated goods are the most common reasons for an appliance to set alight. To ensure your appliances don’t pose a risk to your home, have them regularly inspected, and thoroughly remove grease and fat from them after every use.

If you’re concerned that a household item isn’t working correctly because it’s sparking or making a strange noise, stop using it, unplug it, and seek assistance straight away. A local technician will be able to test your appliance and, in many cases, swiftly repair it so that it’s safe to use again.

Candles are responsible for 15,600 property fires every year, according to Igot2kno. Candles most often cause house fires when they are left unattended, so ensure you never do this. The Sepulveda family of Pembroke Pines say that a Bath & Body Works candle was behind a fire in their property in February of this year. Ms. Sepulveda says just two hours after the candle was lit, it caught fire. For optimum safety, keep candles away from young children and pets and never place them near flammable objects, such as curtains or paper.

In April 2021, Miami-Dade Fire Rescue tweeted ‘Unattended cooking remains the main cause of home fires & home fire-related injuries in the U.S.’ Almost 50% of all reported fires are caused by an unattended cooking fire, states the National Fire Protection Agency (NFPA).

One unlucky homeowner saw just the type of damage an unattended cooking fire can cause earlier this year. An unattended frying pan caught fire in their home in Coronado Parkway, Cape Coral, causing $70,000 worth of damage.

To prevent such a fire from occurring, never leave the room when cooking. It’s also important that you don’t attempt to put out a cooking fire with water. When hot oil and grease are on fire, water will make the fire bigger and fiercer, causing it to spread rapidly. Instead, make an emergency call to your local Florida fire department and, if it’s safe to do so, use a metal lid to contain the fire, sprinkle baking powder on it, or use a fire extinguisher.

Smoking in the home

More than 34 million Americans smoke, according to the Centers for Disease Control and Prevention (CDC). Many smokers choose to smoke inside their home, but this is risky as smoking materials can cause a fire in as little as 20 minutes. Failing to put out a cigarette fully can lead to a fire.

Similarly, a cigarette burning in an ashtray filled with cigarette butts can also ignite a fire. In August, DeFuniak Springs Fire Department tackled a house fire in a vacant property which was believed to have been caused by a discarded cigarette.

Almost 50,000 fires a year are due to home heating devices. The main cause of these fires is poor cleanliness and maintenance. If you rely on a fire connected to your chimney for your home heating, make sure you thoroughly clean it at least twice per year.

Home heaters are one of the most problematic heating devices you can have in your home. Too often, individuals place them near flammable objects and this results in a fire. Never leave items such as fabrics, chemicals, or paper near a heater.

Last Christmas, a family from Jacksonville made the mistake of leaving a blanket too close to a space heater which subsequently caused a severe house fire. Portable heating devices should be used with care, too. Always keep them away from children and pets who could accidentally knock them over and ignite a fire.

There are multiple objects in your home which are a fire risk. This is why you need to take precautions at all times and arrange regular inspections of dangerous objects.

What Is Technical Cleaning?

Debunking the Most Common IT Outsourcing Myths That Exist Today

WWeb Guide
Read More
Who is Sofia Laine and what is her relation to Vanessa Bryant? These questions and more are answered in this deep dive article.
WWeb Guide
Read More
Table of Contents Online Retail BusinessMonetize Your BlogBecome an InfluencerFreelance WritingCreate Online CoursesStart a Coaching BusinessBecome a ConsultantSide…