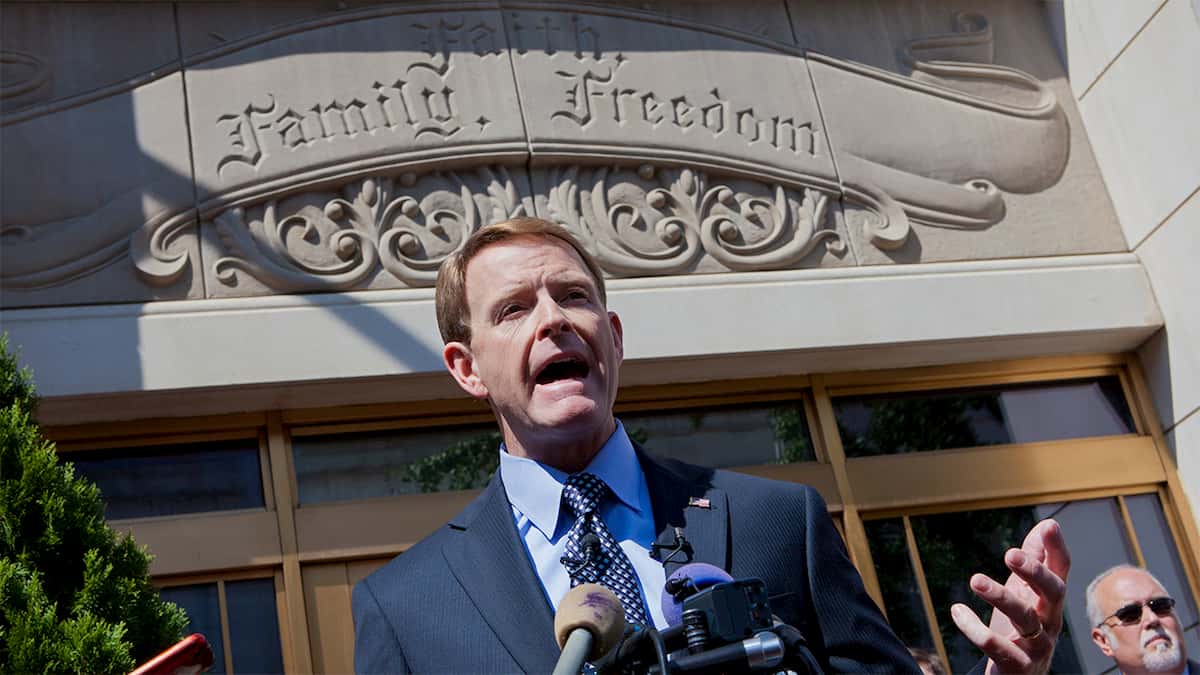 After being tipped off by a recent Washington Blade article about GOP LGBT groups’ attempts to influence the Republican Party platform at the 2012 Republican National Convention in Tampa, Family Research Council President Tony Perkins says those groups should expect a fight.
0
Shares
0
0
0
0

After being tipped off by a recent Washington Blade article about GOP LGBT groups’ attempts to influence the Republican Party platform at the 2012 Republican National Convention in Tampa, Family Research Council President Tony Perkins says those groups should expect a fight.

In a recent “Washington Update,” Perkins warns that “activists are already plotting to overthrow the Republicans’ pro-life, pro-family platform. … Homosexual groups like GOProud and the Log Cabin Republicans are hoping to elbow their way into the conversation, but they’ll meet strong resistance from the solid conservatives that have historically dominated the platform process.”

Gay GOP groups’ strategy, as reported by the Blade, is to try to make the party’s 2012 party platform more LGBT-friendly than 2008′s, which denounced same-sex marriage as well as statues against discrimination on the basis of sexual orientation or gender identity in areas such as employment and adoption.

“Log Cabin Republicans plan to actively participate in the process to revise the party’s platform,” Log Cabin Deputy Executive Director Christian Berle told the Blade. “We recognize there will be a lot of work to be done to strengthen the importance of reaching out to LGBT Americans as a part of strengthening the party.”

Despite Perkins’ insistence that such efforts should be tamped down, he disputes the idea that there is a gay constituency in the Republican Party, stating, “Although Gov. Jon Huntsman is the only candidate with a pro-gay agenda, [GOProud board chair Christopher] Barron says he’s ‘confident’ that this almost non-existent constituency is ‘going to have a nominee that gay conservatives can work with.’” (Perkins ignores the fact that openly gay Republican candidate Fred Karger is still in the race and has been fighting for recognition from his own party.)

Last month, GOProud was uninvited to next year’s Conservative Political Action Conference “for pushing this same divisive agenda,” according to Perkins. However, as a boost to their credibility within the Republican Party, GOProud recently acquired conservative commentator Ann Coulter as the new “honorary chair” of its advisory council.

Perkins’ major concerns with Log Cabin Republicans and GOProud appears to stem from a concern that the Republican Party might bend a little on LGBT issues, but it’s the 2012 Democratic Party platform (which he says is also “under attack” by LGBT lobby groups) he fears more:

Homosexuals are already leaning on Democrats to step up their support for the LGBT cause when the Left convenes in Charlotte more than 13 months from now. In 2008, delegates made it clear that this is not your grandparents’ Democratic party. For the first time in history, the Left’s planks called for the repeal of the Defense of Marriage Act (DOMA) and the military’s “Don’t Ask, Don’t Tell” policy. Now, homosexuals want more. They want “marriage.”

But the Research Council’s lobbying arm, FRC Action, and new Super Political Action Committee, Faith Family Freedom Fund, are prepared to push back on LGBT agendas from both parties.

“As always, the FRC Action team will be on hand in Florida, fighting for the values and priorities of America’s families,” Perkins says. “We’ll make sure the conservative base has a solid platform to stand on.”

OOldPolitics
A new report shows that states all around the country have cut funding for community health centers — bringing funding for them to a seven-year low.
OOldPolitics
Detention Watch Network today launched its “Dignity, Not Detention” campaign, calling on Congress to repeal the Illegal Immigration Reform and Immigrant Responsibility Act, which mandates the detention of undocumented immigrants. The law was signed by President Clinton 15 years ago this week.