With a degree in marine toxicology and a few summers’ experience working on a salmon boat, Riki Ott was uniquely qualified to help the fishing communities of southern Alaska battle a giant oil company after the Exxon Valdez spill threatened their way of life.

She did not realize the fight would last for decades. The lawsuits have only recently been settled, the Prince William Sound is still recovering and people who made their living fishing its waters are still struggling to pay off debts from the years when their fishing licenses were nearly worthless.

Since early May, Ott has been touring the area around the Gulf of Mexico, to share the lessons she learned during more than 20 years of advocacy and to bring together victims of a disaster that can turn neighbor against neighbor.

She spoke to the public twice in Tallahassee and, as well as in Crawfordville and Apalachicola. She also met with fishermen, environmentalists and members of the Leon County Commission.

Along the Gulf Coast, the tourism industries jockey with fishermen for BP claims and government attention. Members of Ott’s audience complained that some people were getting paid for questionable claims, while legitimate claims went unpaid.

Ott warned that everyone would be in same boat once the “money spill” is over — when the claims dry up and the cleanup crews leave — so it’s important to set aside short-term squabbles and work together.

She offered some lessons from her experience in Alaska:

While Ott brought dire warnings on the legal and economic fronts, she said the Gulf of Mexico has some advantages over the Prince William Sound.

The ecosystem is more diverse, and therefore more resilient. Its food chain doesn’t depend as heavily on a single species such as herring. The water is warmer, meaning both dispersants and oil-eating bacteria work better at breaking up the oil. And sandy beaches are easier to clean than the boulder-strewn coastline of southern Alaska.

Still, Ott said the long-term effects so much oil and dispersant — and their economic repercussions — are hard to predict. Residents of the Gulf Coast are taking part in an unprecedented experiment.

After 20 years of legal battles, Alaskan fishermen still hadn’t recovered all the losses they suffered from the spill, she said, but their losses were more than monetary. Communities were rattled and families broken.

“We realized Exxon was not going to make us whole,” she said in an interview, and that realization underpins the message she has repeated to crowds across the Gulf: ”The only one that will make you whole is you all.”

OOldPolitics
Controversial anti-gay minister Bradlee Dean and his evangelical band/ministry You Can Run But You Cannot Hide International (YCR) are suing The American Independent News Network’s senior reporter, Andy Birkey, and are threatening to also sue our site The Minnesota Independent. Rachel Maddow, who also reported about Dean on her MSNBC show, is also named in the suit, which seeks $50 million in damages.
OOldPolitics 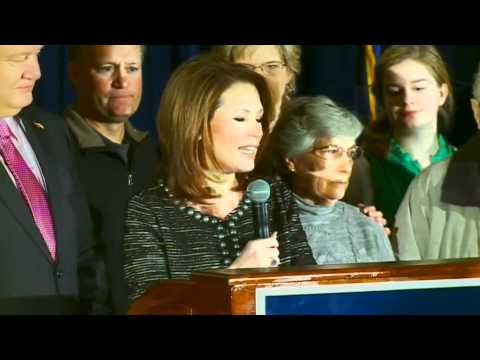 Read More
On the heels of a poor showing in the Iowa caucuses, Michele Bachmann has announced that she is ending her campaign for Republican nominee for President.