In congressional testimony on Friday, the federal Environmental Protection Agency was again criticized for its proposed numeric nutrient criteria, a set of standards to regulate pollution from nitrogen and phosphorus in Florida waterways. But EPA representatives defended the agency’s decision to implement the standards, arguing that they are needed for the health and safety of citizens and businesses struggling to survive in harsh economic times.
6
Shares
6
0
0
0

In congressional testimony on Friday, the federal Environmental Protection Agency was again criticized for its proposed numeric nutrient criteria, a set of standards to regulate pollution from nitrogen and phosphorus in Florida waterways. But EPA representatives defended the agency’s decision to implement the standards, arguing that they are needed for the health and safety of citizens and businesses struggling to survive in harsh economic times.

The decision to force the state to implement a stringent set of nutrient criteria came as the result of legislation — but both the EPA and the Florida Department of Environmental Protection had for years been attempting to draft something similar. After a host of environmental groups, represented by the law firm Earthjustice, alleged in court that the state was in violation of the Clean Water Act due to its lack of standards, the decision to develop a clear-cut set of pollution rules became legally binding.

Since that decision, the nutrient criteria have been enemy No. 1 for state lawmakers and industry leaders alike. Because Florida’s current standard is narrative, and almost impossible to implement because of how vague it is, the new criteria would likely require a lot of work, and money, on the part of the industry.

During a hearing of the House Committee on Transportation and Infrastructure’s subcommittee on water resources and environment, the EPA again came under fire for the standards that have long been accused of being “too costly” for the state to implement. Representatives from state agencies, like the Florida Department of Agriculture’s Rich Budell, argued that the agency needs to do a better job of including “key stakeholders” in drafting the criteria. During his testimony, Budell said that the EPA mandated the “prompt promulgation of numeric nutrient criteria” despite “glowing reviews” of the state’s “demonstrated commitment to water resource protection and restoration.”

Rep. John Mica, R-Winter Park, chairman of the House Transportation and Infrastructure Committee and author of a recent water bill, argued that the standards were “costly” and “burdensome” for Florida citizens, and “will only serve to double struggling families’ water bills.” (Similar statistics have been touted by industry lobbyists. An investigation into internal state emails by The Florida Independent showed that such statements have been disputed behind closed doors, and are likely overblown.)

Nancy Stoner, the EPA’s assistant administrator for water policy, testified (.pdf) that the nutrient criteria would likely be beneficial for many businesses.

“The health and growth of our small and large businesses and the jobs they create rely upon a high-quality and sustainable source of water,” said Stoner. “The range of businesses that we depend on — and who, in turn, depend on a reliable and plentiful supply of clean water – include tourism, farming, fishing, beverage production, manufacturing, transportation, and energy generation, just to mention a few.”

Stoner cited a recent EPA survey, which found that no less than 67 percent of the nation’s streams are in poor or fair biological condition. Of the stressors assessed, nitrogen and phosphorus were found to be the most pervasive.

“In many of these bodies of water, not only is it not safe to swim, it’s not even safe to let your dog swim,” Stoner said.

As Stoner pointed out in her testimony, phosphorus and nitrogen lead to the formation of blue-green algal blooms, which choke off oxygen to other forms of marine life, leading to widespread fish (and sometimes mammal) kills. She referenced Ohio’s Grand Lake St. Mary’s, a popular recreational area and water source where algal blooms have led to the death of fish, birds, and dogs, and the illnesses of at least seven people.

More than 30 lawsuits attempting to block the criteria from taking effect have been filed in Florida in the past year alone. 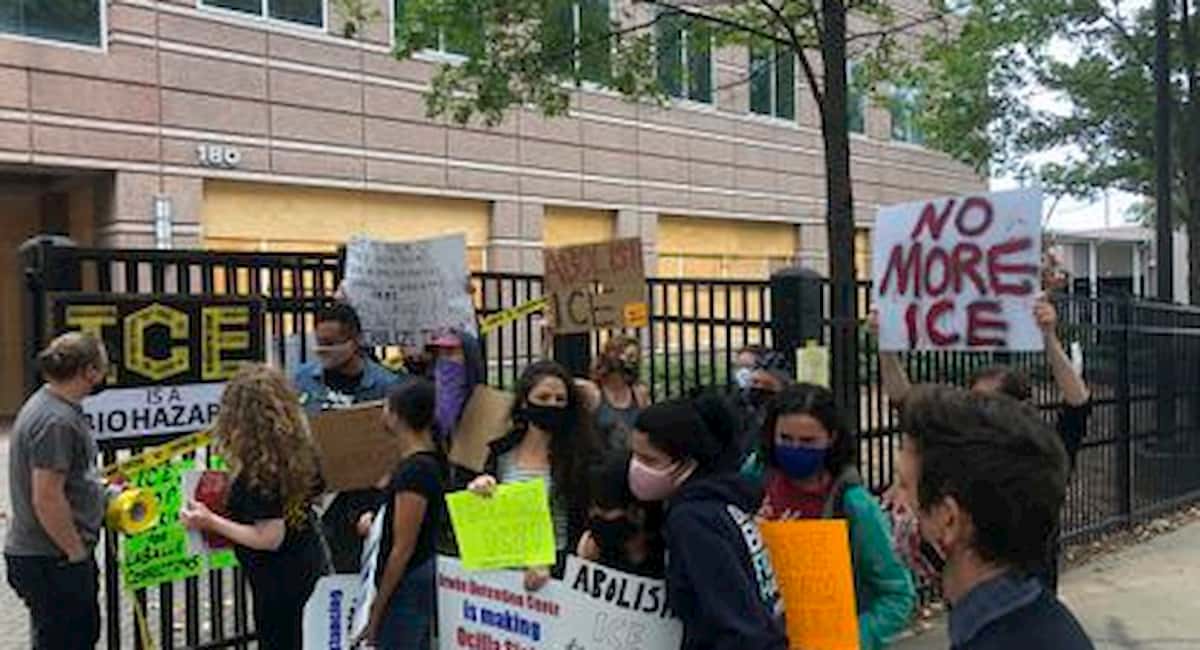 Read More
A proposal to cancel a contract that obligates the city of Pembroke Pines to supply fire, rescue, water and sewage services to a new privately managed 1,500 bed immigration detention center was defeated in the the city commission Wednesday night.
OOldPolitics
Late last week President Obama met with a bipartisan group of congressional leaders and yesterday met with the…