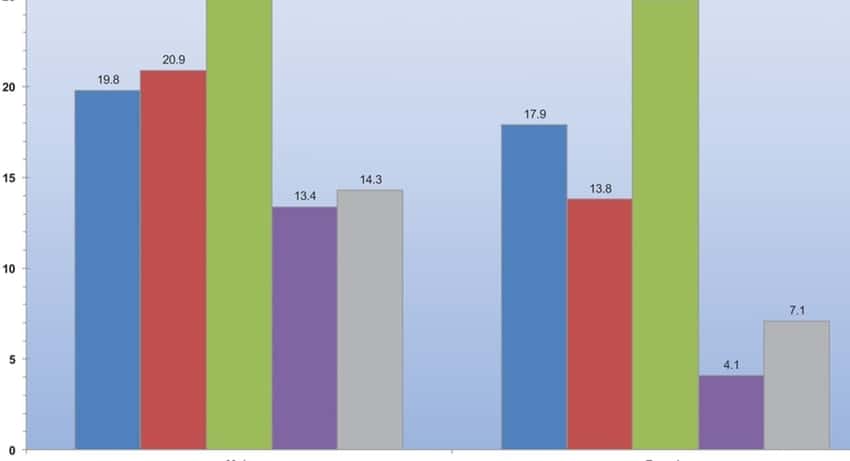 EPA nutrient standards could save the St. Johns and, according to industry reps, break the bank

The St. Johns River Summit, which spanned two days and consisted of a series of lectures and panel discussions on problems plaguing the river, revealed tensions between many of the agencies charged with protecting Florida water bodies.

The river has been plagued by a number of environmental enigmas as of late, and area environmentalists and residents alike are beginning to question how carefully it is protected. Though a number of factors have contributed to the algal blooms and fish kills that have recently plagued the river, the root of the problem is nutrient overload.

The amount of Total Phosphorus and Total Nitrogen (from agriculture, home fertilizers, stormwater, and industry runoff) is too high for the waterway to handle, and many believe that the standards governing the nutrients are not strict enough. Since 2008, industries responsible for dumping the nutrients in the river have been held accountable based on their Total Maximum Daily Loads, which some say is an insufficient standard.

During a Thursday morning panel at the summit, sponsored by the river-polluting utility JEA, experts and environmental agency reps discussed the EPA’s numeric nutrient criteria — a set of standards that would likely be much stricter (and, some would argue, much more expensive) than those currently in place.

Annie Godfrey, who represents EPA Region 4, remarked that the current narrative standards “work fairly well,”  but are a slow process that requires “a site-specific analysis” each time the water is tested for nutrients. “A numeric nutrient criteria would help us and the state to … better control nutrients in Florida water,” she said.

The numeric nutrient criteria that would affect the lower St. Johns River Basin (arguably the hardest-hit of Florida’s streams and estuaries) is scheduled to be proposed by Nov. 14, 2011, and finalized by Aug. 15, 2012. Godfrey remarked that although the criteria would be more stringent than current standards, the proposal will include a provision for federal, site-specific alternative criteria. In other words, the state could develop its own standards for a specific body of water for the EPA’s consideration. And it comes as little surprise to those familiar with the increasingly political nutrient standards that a standard was written specifically for the lower St. Johns is already in the works.

The Florida Department of Environmental Protection’s Daryll Joyner, who also presented on the Wednesday morning panel, said that the standards involve a whole host of policy decisions that boil down to a question of nature versus economics.

Joyner, who also spoke during last month’s public workshop on nutrient standards, again hinted that his agency’s relationship with the EPA had grown strained as a result of nutrient talks. He said, “one key issue” is deciding where in the river to measure initially to define the criteria. “The EPA’s selection process excluded any stream with low dissolved oxygen, even if it was naturally low,” Joyner said. The problem with that, according to the department, is that if the standard for Total Nitrogen is too low, some healthy sites won’t meet it, simply because they fall in an area of low oxygen.

The state department is apparently undeterred by the EPA’s suggestion that the state submits new criteria before next November’s deadline. According to Joyner, the state department will likely be submitting its current method (measuring the Total Maximum Daily Load) as a site-specific alternative for the lower St. Johns River. Because the EPA has requested that nutrients be measured in concentrations, rather than loads, Joyner said that the department still welcomes input on that decision.

The majority of the disagreements between various agencies were issues of science, but there was another theme looming in the background of nearly every summit panel: money.

While the EPA has estimated the cost of implementing the numeric nutrient standards in Florida at around $130 million, Joyner and the Federal Department of Environmental Protection think otherwise. “The EPA has significantly underestimated costs,” He said. “We think the cost will be somewhere between $5 and $8 billion. … In fact, I’ve seen some models that suggest the cost to be closer to $50 billion.”

Another agency concerned with the cost of the forthcoming standards is the utility company JEA, which was represented by Environmental Sciences Director, Paul Steinbrecher. According to Steinbrecher, JEA has already spent more than $400 million on projects “aimed at reducing nitrogen and phosphorus loads,” a cost that would increase exponentially with the approval of an all-new set of nutrient standards.

“The proposed … rule will double the average monthly residential water/ wastewater bill,” Steinbrecher said, “an increase of $700 a year for the average resident.” Steinbrecher ended his presentation by urging the EPA to approve the load criteria as a site-specific standard, calling alternative measurement proposals “silly numbers.”

OOldPolitics
A Virginia judge today ruled that the federal health care reform's mandate that Americans acquire health insurance is unconstitutional, conflicting with rulings in two other lawsuits challenging the law, according to The New York Times. The decision could also affect the anti-reform lawsuit filed by Attorney General Bill McCollum in a Pensacola court, a case that is scheduled to continue with oral arguments this Thursday.
OOldPolitics
The Florida Current reports that Florida will be receiving $1 billion in Low Income Pool money after negotiations between federal and state officials.